In this virtual, digitally-driven world, the joy of reading a book remains a treasure where you can lose yourself in the world of the written word.

Here is a short list of popular and wonderfully entertaining and informative books on open water swimming:

1. The Great Swim by Gavin Mortimer. In the summer of 1926, four American women race to be the first female to swim across the English Channel.

2. America’s Girl: The Incredible Story of How Swimmer Gertrude Ederle Changed the Nation by Tim Dahlberg. This well-researched biography traces Gertrude’s development as a competitive swimmer and pioneering channel swimmers.
3. Nothing Great is Easy by Des Renford with Ian Heads. Autobiography that covers an amazing life of an accomplished marathon swimmer who retired as the King of the Channel with 19 crossings (19 attempts and 19 successes).
4. Wind, Waves, and Sunburn: A Brief History of Marathon Swimming by Conrad Wennerberg. Considered to be one of the most authoritative accounts of top channel swimmers throughout history and professional marathon swimmers focusing on the stars from the 1950’s to 1970’s.
5. Swimming to Antarctica: Tales of a Long-Distance Swimmer by Lynne Cox. A classic, colorfully descriptive sports memoir of arguably one of history’s greatest swimming adventurers.
6. Ice Breaker: The Freezing Story of Lynne Cox by John Diconsiglio. The life and details of Lynne Cox, one of history’s greatest aquatic adventurers.
7. History of Open-Water Marathon Swimming by Capt. Tim Johnson. An extraordinarily detailed historical of marathon swims and swimmers from dozens of countries.
8. Young Woman and the Sea – How Trudy Ederle Conquered the English Channel and Inspired the World by Glenn Stout. A historical perspective of the first crossing of the English Channel by a woman.
9. Triathlon Swimming Made Easy – The Total Immersion Way for Anyone to Master Open-Water Swimming by Terry Laughlin. Words of wisdom from a masterful stroke technique and popular speaker aimed at triathletes to help make swimming the best part of their triathlon.
10. Swim to Glory: The Story of Marilyn Bell and the Lakeshore Swimming Club by Ron McAllister. Provides the rich history of Marilyn Bell’s historic 1954 crossing of Lake Ontario and her association with Gus Ryder and the Lakeshore Swimming Club and its domination of the 1954 Atlantic City professional swim.
11. Ultra Swimming by Claudia B. Manley. A description of the history of the sport together with safety considerations and physical and mental training, and training tips.
12. The Art of Swimming by Matthew Webb. Published in 1876, the historical treatise covers swimming techniques and other aquatic exploits of the 19th century.
13. The Crossing: The Curious Story of the First Man to Swim the English Channel by Kathy Watson. The colorful story of Matthew Webb, the first person to swim the English Channel and a natural showman, and his physically agonizing crossing.
14. It’s Cold in the Channel by Sam Rockett. Provides an excellent history of swimming in the English Channel swimming up to the 1950’s including the professional races organized by Billy Butlin and the Daily Mail.
15. Modern Long Distance Swimming by Gerald Forsberg. An authoritative insight to the world of open water swimming over 50 years ago written by a former English Channel record holder.
16. Long Distance Swimming by Gerald Forsberg. A colorful description of channel swimming and open water swimming published in 1957 that remains modern and insightful even for contemporary marathon swimmers.
17. Dangerous When Wet – The Shelley Taylor-Smith Story by Shelley Taylor-Smith and Ian Cockerill. The entertaining and educational autobiography of the Australian world champion swimmer with seven consecutive world titles and several head-to-head victories over the best men in the sport.
18. Alone On A Wide Wide Sea by Bob McCormack. Experienced ocean swimmer tells about his six most exciting swims.
19. Captain Webb and 100 years of Channel Swimming by Margaret A. Jarvis. Includes detailed accounts of English Channel swims by Captain Webb and others during the first 100 years in addition to numerous photographs of the swimmers and the history behind the formation of the Channel Swimming Association.
20. Fair Sport – The History of Sport at the Canadian National Exhibition, 1879-1977 Inclusive by A.W. “Bill” Leveridge. Includes the history of marathon swimming greats like George Young and Ernst Vierkoetter and events like the Wrigley Trophy and the Canadian National Exhibition marathon swim.
21. Dover Solo by Marcia Cleveland. The story of an American woman’s incredible journey of discovery, preparation and training for her English Channel crossing. 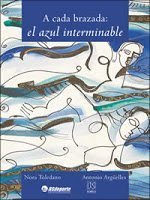 22. A cada brazada el azul interminable in Spanish (With each stroke, the endless blue) by Antonio Argüelles and Nora Toledano describes their crossings that they equate to a survival in the sea of life.
23. The Man Who Swam the Amazon – 3274 Miles on the World’s Deadliest River by Matthew Mohlke. A gripping and inspirational story of the perseverance and passion of Martin Strel’s odessey down the Amazon.
24. Open Water Swimming by Penny Lee Dean. An authoritative how-to book on drills, techniques, training methodologies and insight from the former English Channel record holder.
25. Marilyn Bell: The Heart-Stopping Tale of Marilyn’s Record-Breaking Swim by Patrick Tivy. Describes Marilyn Bell’s swim across Lake Ontario.
26. The Crossing: The curious story of the first man to swim the English Channel by Kathy Watson. Biography of Captain Matthew Webb and his crossing of the English Channel.
27. Marathon: The World of the Long-Distance Athlete by Gail Campbell.
28. Sage Island by Samantha Warwick. Novelization of the 1927 Wrigley Marathon Ocean Swim across the Catalina Channel as told through the eyes of a swimmer trapped in the shadow of Gertrude Ederle.
29. Sports Nutrition for Endurance Athletes by Monique Ryan with a chapter for marathon swimmers.
30. Nine Ways to Cross a River, Midstream Reflections on Swimming and Getting There from Here by Akiko Busch about her swim across the Hudson River in 2001. 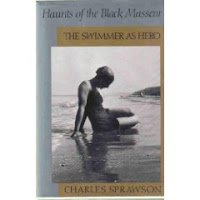 31. Haunts of the Black Masseur, The Swimmer as a Hero by Charles Sprawson explores the heart and mind of an open water swimmer, both on a psychological and historical perspective.
31. Conquest of the English Channel by Thomas Hetzel who swam across the English Channel 8 times within a 10-year period from 1967-1977.
32. Crossing, The Extraordinary Story of the First Man to Swim the English Channel by Kathy Watson about Captain Matthew Webb’s crossing in 1875.
33. Other Shores by Diana Nyad. Autobiography that shares the mindset of a professional marathon swimmer including stories behind her swims across Lake Ontario and around Manhatten Island, and plans for a Cuba-to-Florida swim are all covered in this book.
34. Two Faces of the English Channel, The Untold Story by Paul Jagasich.

Of course, if you prefer watching movies, there are many inspirational and entertaining open water swimming movies:

The bilingual French- and English-language trailer can be seen here.

A film from the other side of the Channel is On A Clear Day. This British movie came out in 2005 whose trailer can be seen is here. The plot is described by Focus Features:

After decades of laboring as a Glasgow shipbuilder, Frank Redmond, a no-nonsense 55-year-old working-class man, suddenly finds himself laid off. For the first time in his life, he is without a job or a sense of direction, and he’s too proud to ask for guidance.

His best mates – rascally Danny, timid Norman and cynical Eddie – are there for him, but Frank still feels desperately alone. An offhand remark from Danny inspires Frank to challenge himself. Already contemplating the state of his relationships with loving wife Joan and all-but-estranged son Rob, Frank is determined to shore up his own self-confidence.

He will attempt the near impossible – swimming the English Channel. As Frank plunges headlong into his new daily life, his astonished friends are swept along with him. Prodded by stalwart fish-and-chips shop owner Chan, the men support Frank, train him – and keep their goal secret from his wife and son. Frank is unable to confide in those closest to him, but as the big day and moment of truth draw near, there is a sea change. Frank’s family confronts him, and he realizes that he must repair his strained family ties. As Frank and those closest to him discover – or re-discover – reserves of love and compassion, he realizes that he is also swimming from one part of his life to another.

Two Swimmers, a 23-minute British documentary released in 2007 that explores the bond between an athlete and his coach as they attempt the English Channel in 2005 and the dramatic events that follow.

With his swimmer struggling, the coach jumps into the Channel to swim last 100 meters to the French shore.

Together they completed their challenge, but as they returned to the boat, the coach has a sudden heart attack and died in Tim’s arms.

As director Steven Sander described about his film, “Rarely are challenges in life achieved alone and I hope that a little of the intense spirit of cooperation and the coach/athlete bond is conveyed in this film.”

The trailer of Two Swimmers can be seen here.