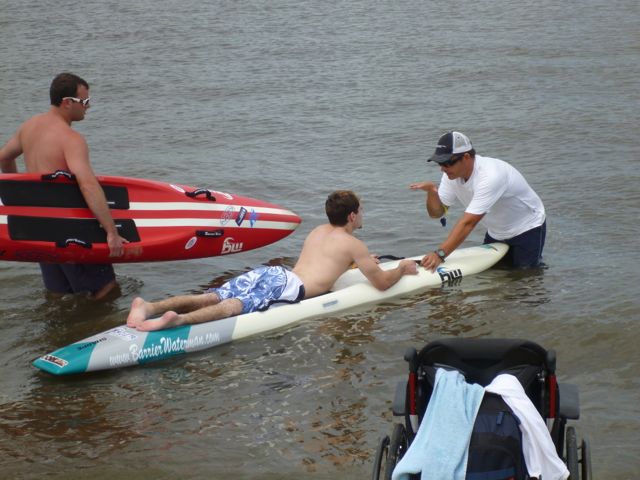 As the sport of open water swimming continues to grow exponentially in all corners of the globe, it is always fun to gaze into the crystal ball and guess what might happen over the next year.

1. The presence and continued development of Olympic champion Ous Mellouli will push the bar of men’s elite open water swimming higher and higher.

2. The FINA World Junior Open Water Swimming Championships in Eilat’s North Beach in Israel will be extremely competitive as the next generation’s stars rise to the occasion.

3. Richard Weinberger of Canada will rebound from the 2013 FINA World Championships in Barcelona to win the men’s 10 km marathon swim at the 2014 Pan Pacific Swimming Championships on the Gold Coast in Australia.

4. A new solo crossing record will be set in the Catalina Channel.

5. Christine Jennings of the USA will win races in 4 different continents.

6. Samuel De Bona of Brazil will win a major international race in his home country.

7. Ned Denison of Ireland will set a record in a new swim in a famous location.

8. The pre-Olympics exhibition ice swim in Sochi, Russia will draw considerable media attention and generate public wonder that will lead to the further growth of cold-water swimming.

9. An All-Star team of masters swimmers will swim an extraordinarily fast relay across the English Channel.

10. The first professional marathon swimmer will begin their attempt to achieve the Oceans Seven.

11. A new 10 km marathon swim on the 2016 Rio Olympic Games course will attract an amazing field of competitors, both at the professional level and the masters swimming level.

12. Bruckner Chase‘s vision to get people with spinal cord injuries swimming and paddling in the open water will catch on and expand national and internationally (photos shown above).

14. Nearly 100 people will become members of the Triple Crown of Open Water Swimming.

15. Webcasting open water swims will no longer be a novelty.

16. One more man and one more woman will achieve the Oceans Seven.

17. Doug Stanley and Jamie Patrick will revolutionize the reporting, vetting and broadcasting of marathon swims with their 90-mile (144.8 km) Great Lake Swim.

18. Ice swimming (under 5ºC or 41ºF) will continue to explode as the science of recovery and the know-how of managing the afterdrop becomes more widespread throughout the open water swimming community.

19. Nejib Belhedi of Tunisia will successfully climb Mount Everest and swim 1 km at 6000 meters in altitude.

20. Andrew Gemmell of the USA will have a breakout season among the professional marathon swimmers.