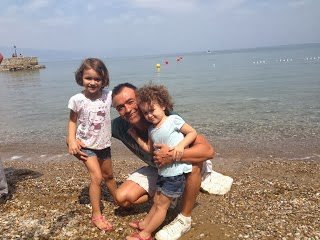 As swimmers ventured out in oceans, lakes, rivers, seas and bays facing currents, tides, winds, sharks, jellyfish and waves, the world of open water swimming was a varied as ever.

Below are 25 trivia questions from the 2013 open water swimming world. Answers will be provided tomorrow. Test your knowledge of the eclectic and esoteric in the open water world:

1. What is the Medusae Collection?
2. When did the Maratona del Golfo Capri-Napoli in Italy begin? Who holds the record in this professional marathon race?
3. What does the Rottnest Channel Swim Honour Board signify and recognize?
4. What streak did Ashley Twichell break at the Midmar Mile in 2013?
5. What swimmers were showcased in the documentary film DRIVEN?
6. Who was the first person to complete a three-way crossing of the English Channel?
7. What record did Mally Richards set in 2013?
8. What swimmer used yaks as part of their support team…and where?
9. When is Be Kind To Your Yacker Week?
10. What do these individuals have in common: Captain Matthew Webb, George Young, Keo Nakama, Mercedes Gleitze, Barry Devonport, Tom Blower, and David Yudovin?
11. What is the total distance (in miles or kilometers) of the S.C.A.R. Swim Challenge?
12. What important race will be held in Kazan, Russia in 2015?
13. What Las Vegas show star is also a champion open water swimmer?
14. What major marathon swim has not been accomplished since 1967?
15. Who is the King of Robben Island?
16. What open water race in 2013 had Olympic medalists finish 1-2-3?
17. What coach had two different swimmers from two different countries win medals at the 2013 FINA World Championships open water races in Barcelona?
18. What masters swimmer and former water polo player won the most prestigious professional marathon swim in 2013?
19. What is the maximum number of swimmers that the Sun-Moon Lake International Swimming Carnival will accept?
20. What sport did Kim Chambers do before she got into channel swimming?
21. What open water swimming event uses seeding events, hot spots and quadcopters?
22. Where will the 2020 Olympic 10K Marathon Swim be held?
23. Where are the Polar Olympics held?
24. How many medals did Thomas Lurz win at the 2013 FINA World Championships in Barcelona?
25. Name three individuals who were inducted in the International Marathon Swimming Hall of Fame Class of 2014.