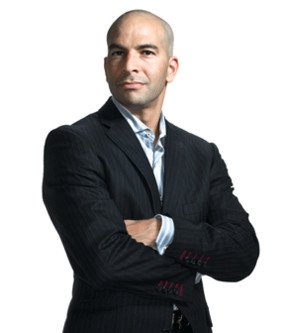 The number of open water swimmers who have given TED presentations is few and far between:

…Lewis Pugh, the pioneer swimmer and first person to swim up on Mt. Everest and across the North Pole.

…Diana Nyad, the former professional marathon swimmer who attempted to swim from Cuba to Florida.

And now there will be number 4.

Dr. Attia has stirred up entire communities from the medical world to endurance athletes with his newly founded Nutrition Science Initiative (NuSI). His thoughts, opinions, and observations posted online at The Eating Academy have captured the attention of everyone from physicians to athletes about the dangers and risks of the modern-day eating habits. Using his own body as his laboratory, his scientific and objective dissection of the typical American diet has caught on like freshly baked chocolate chip cookies among kindergarten students.

Success was never a problem for the multi-talented Dr. Attia, but he was looking for something more. Something that could utilize his talents while creating good in this world. He soon became convinced see that something must be done in America to turn around the insulin-generated appetites that are driving diabetes rates and lifestyle-induced diseases through the roof. Starting with a small circle of like-minded friends and colleagues, he shared his observations and opinions. He read voraciously and objectively reviewed the current drivers of healthy eating. And what he uncovered was not only shocking, but also has the capacity to make a huge dent in the billions of dollars that are spent on medical care in America.

Dr. Attia will explain why commonly held beliefs about eating meat and egg yolks are misplaced among Americans who have been spoon fed inaccurate information about the cholesterol and the importance of fats in their diet. He says prevailing solutions to the obesity epidemic are starved of evidence-based science.

His TedMed talk will be presented at the JFK Center in Washington D.C. For more information, visit here.