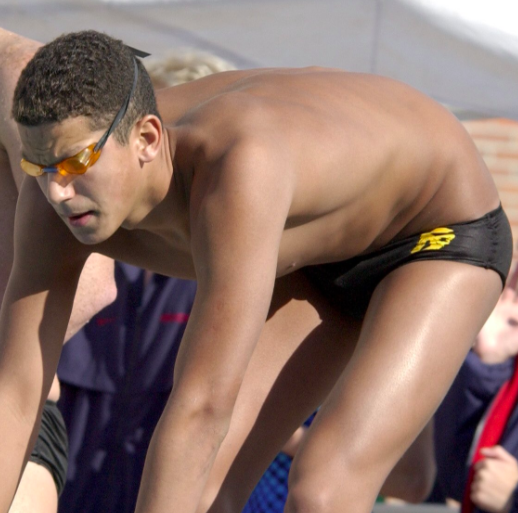 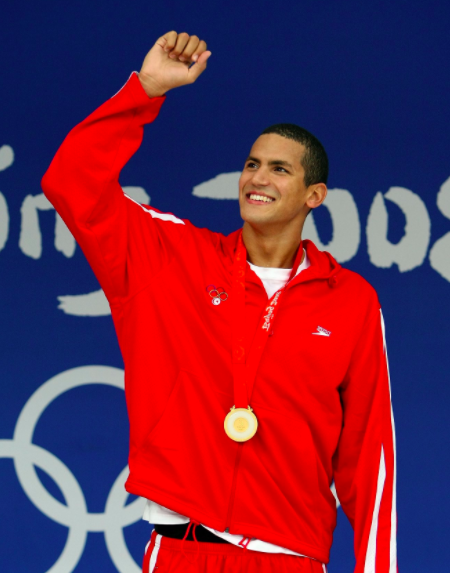 “What Oussama Mellouli did in 2012 London Olympic Games will most likely never be replicated again,” predicted Steven Munatones.

“Ous not only won a gold medal in the Olympic 10K Marathon Swim – a first for Tunisia in a highly strategic race in the Serpentine, but it was also was his second gold medal after his 1500m freestyle win at the 2008 Beijing Olympics.

Especially as elite athletes become more and more specific in their goals, is that he won Olympic medals in both a pool and open water swimming race at the same Olympics.

Mellouli has trained at and represented USC for several years as he graduated from the university in Los Angeles, California. This year, he joined 17 other Trojan sporting heroes who were selected to the 12th class of USC’s Athletic Hall of Fame.

Mellouli and his peers will be honored at an induction dinner on May 19th 2018, at USC’s Galen Center.

“This is an iconic group of Trojans who have left their mark on USC’s athletic history,” said USC athletic director Lynn Swann, who was a member of the 2005 class. “They will join our first 11 classes of Hall of Famers to form a Who’s Who in USC sports.”

The Hall of Famers were selected by a 100-member panel consisting of media, previous Hall of Famers, USC Athletics Board of Counselors and Trojan head coaches and athletic department senior staff. To be eligible for election, athletes generally must have completed their last season of eligibility at USC 10 years ago.

The USC Athletic Hall of Fame biography for Mellouli is as follows, “Ous Mellouli is one of USC’s most prolific distance swimmers. He won the 2005 NCAA 400-yard individual medley title and seven Pac-10 titles on the way to being a 16-time All-American. A five-time Olympian (2000-04-08-12-16) for Tunisia, he was the first African male swimmer to win an Olympic gold medal in an individual event when he won the 1500-meter freestyle in 2008 (just his country’s second gold medal ever). He got another gold when he won the open water marathon 10K in 2012 and, coupled with the bronze medal he won in that Olympics’ 1500-meter freestyle, he became the first Olympian to win medals in both open water and the pool in a single Olympics. He also won four World Championship gold medals. Tunisia’s flag carrier in the 2012 Olympic closing ceremony and 2016 opening ceremony, his five Olympic appearances are tied for second most by any USC athlete and most by a Trojan swimmer.”

Other Trojan open water swimmers who have been similarly honored by USA include Clarence “Buster” Crabbe (Class of 1994) and Murray Rose (Class of 2004).