Outside The Conventions Of Everyday Life

“I know, my dear Watson, that you share my love of all that is outside the conventions and humdrum routine of everyday life,” so said Sherlock Holmes in The Reigate Puzzle.

And so does Australian triathlete and open water swimmer Eric Watson who set out to do the unusual in the Persian Gulf.

Watson swam 34.6 km across the Gulf from the Sunset Resort in Saudi Arabia to the resort Sofital Zallaq in the Kingdom of Bahrain in 8 hours 31 minutes with the support of His Highness Shaikh Khalid bin Hamad Al Khalifa who conceived of and completed the first crossing in 2014.

Watson swam through turbulence throughout the entire swim against winds that first ranged between 16 and 20 knots, gradually increasing to 27 knots according to the Bahrain News Agency.

The swim, that was carefully escorted and heavily followed locally, was a charity swim for cancer patients in Bahrain organised by the Shaikh Khalid bin Hamad Foundation. “The second edition of the Khalid bin Hamad Challenge has shown anew the Kingdom’s status and leading role in charity work and everything that serves humanity,” Shaikh Nasser bin Hamad said. “This is because sports have gone beyond their role of providing games and entertainment and have become dedicated to doing good deeds, helping the needy and bringing joy to cancer patients and others.” 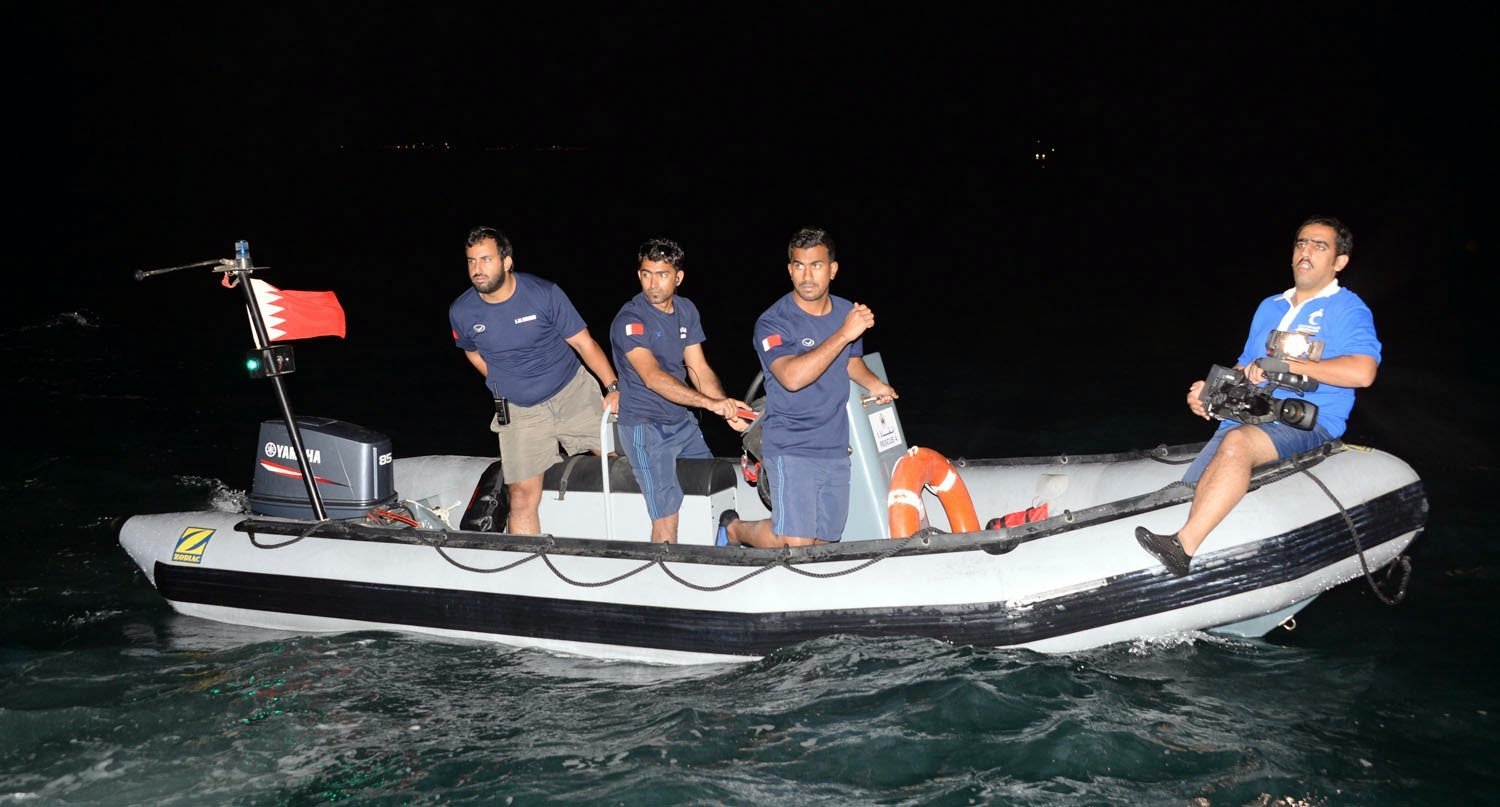 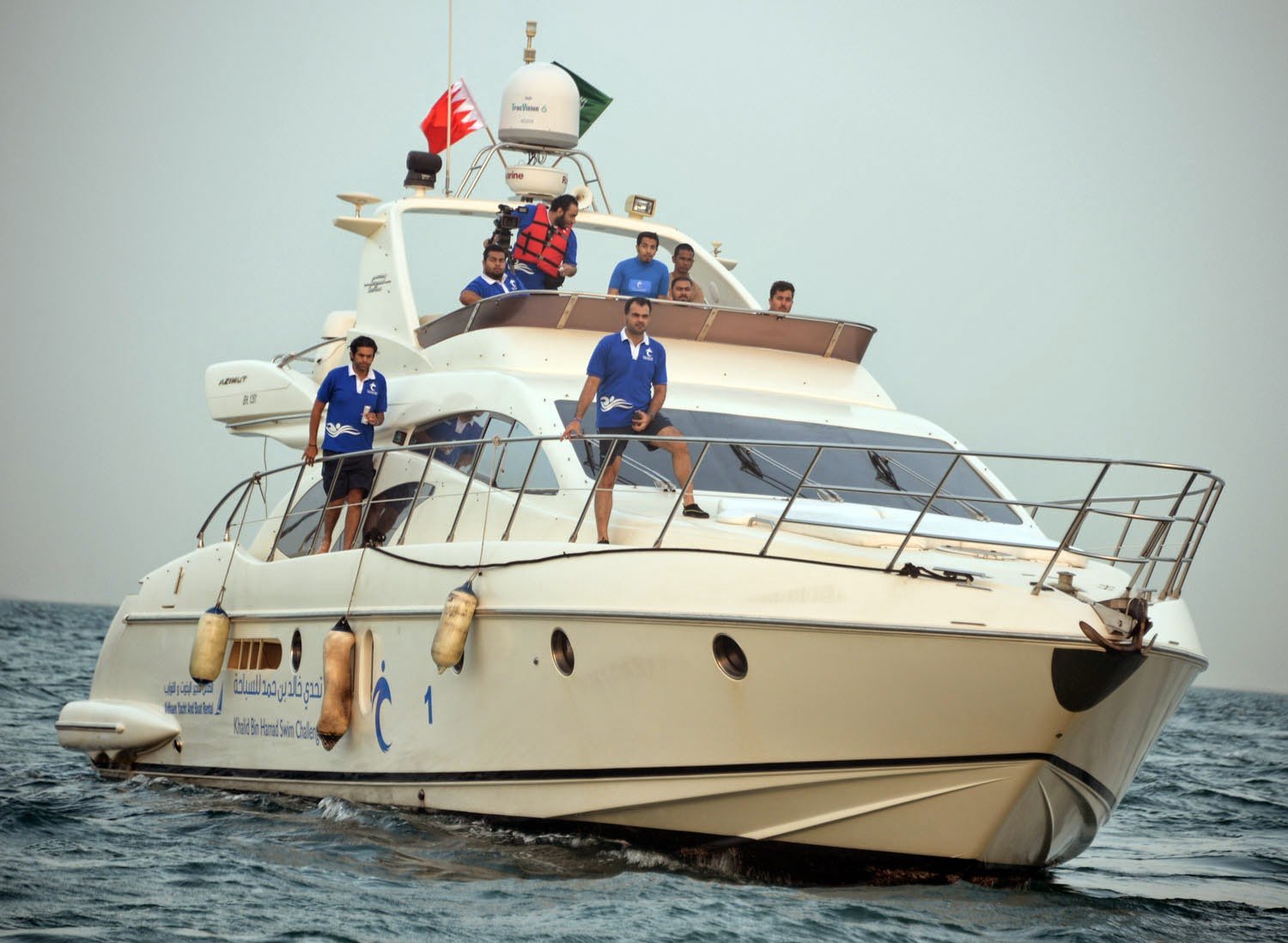 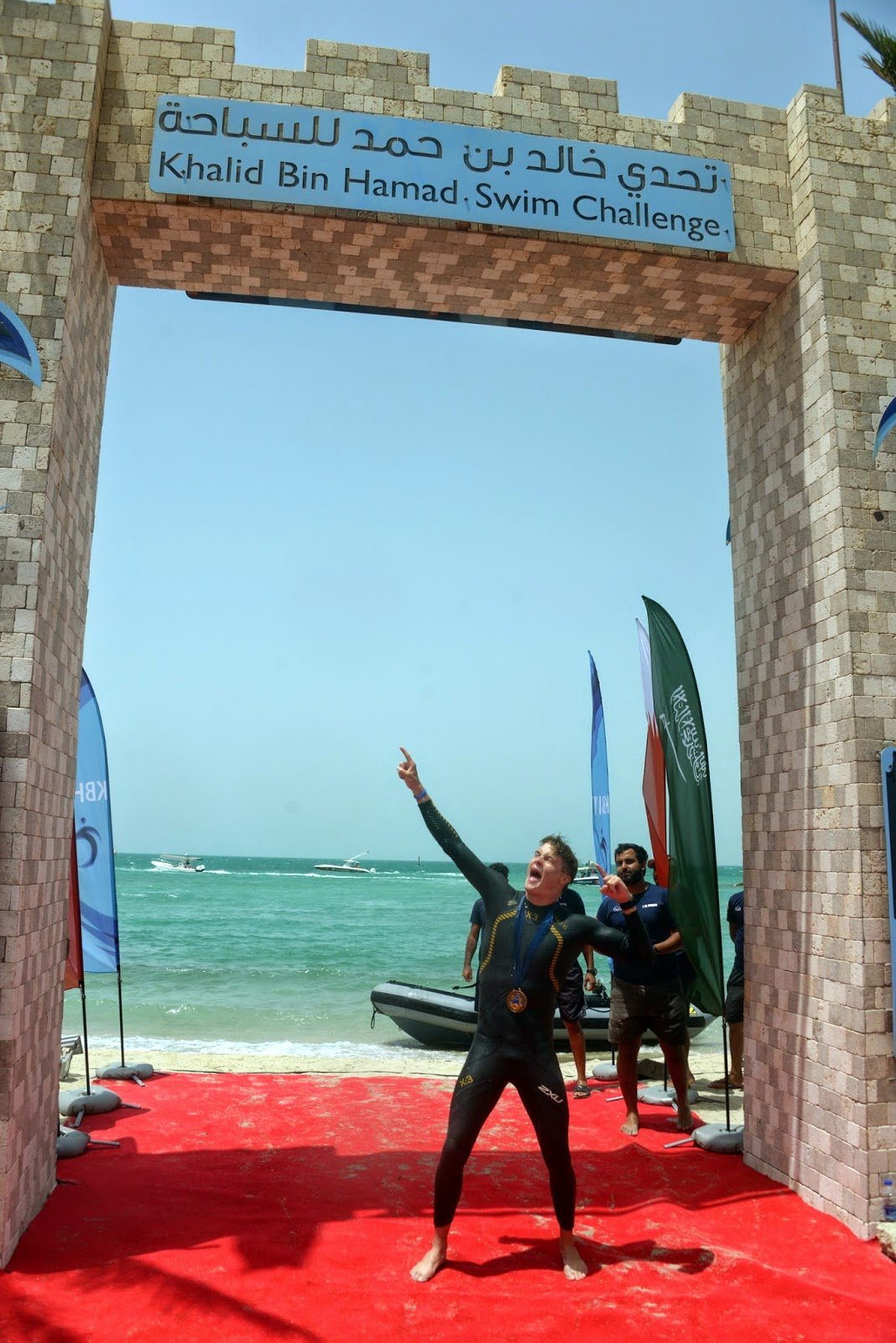