Over a Century Of The Boston Light Swims 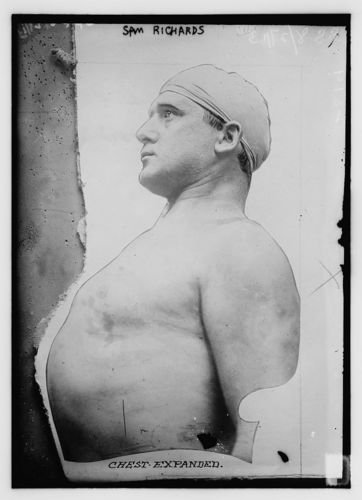 Peter McNally was the first swimmer to complete the original 10-mile (16.2 km) course in 1897 where according to the historians of the Boston Light Swim, “The sturdy waterman showed no ill effects of his long journey.” Read about the history and results here.

Occasionally, few people finished the race. For example, in 1907, Samuel Richards [shown above] and Commodore Alfred Brown failed to complete the 10-mile course, but Louis Jacot went on to win the race.

A local newspaper reported, “Annette’s wonderful swim was far from being a disgrace“.

A year later, Alois Anderle from Austria completed the Boston Lighthouse Marathon Swim, but he was disqualified for walking across an exposed sandbar despite swimming in a severe thunderstorm with a time of 5 hours 38 minutes.

Over a century later in 2015, Penny Palfrey won the modern-day course in 2 hours 56 minutes. Her young Australian counterpart, Hinds, will be in the hunt this August 20th.