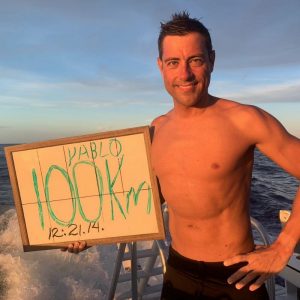 Pablo Fernández Álvarez swam about as fast as a swimmer can go in the ocean this past July off the Florida coast of Jupiter.

Tomorrow at 6 am, Fernández will enter the water off the dock of the King Harbor Yacht Club in Redondo Beach, California in leg shackles. He will attempt to swim 10 km along the WOWSA Ocean Fest marathon swim course.

Guided by kayaker Devon Clifford and escorted by the King Harbor Yacht Club Commodore Greg Ronkainen, the 10 km Guinness World Record attempt could take the Spanish entrepreneur up between 6-8 hours. 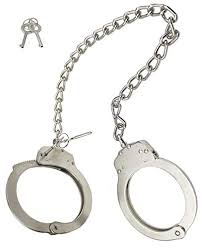 The WOWSA Ocean Fest course is shown below: 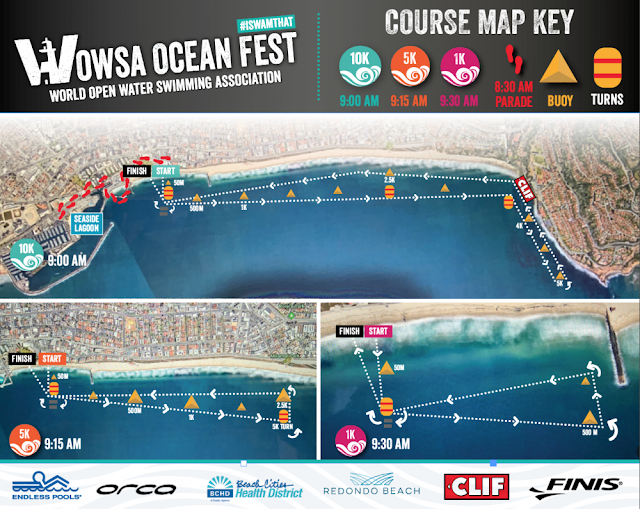