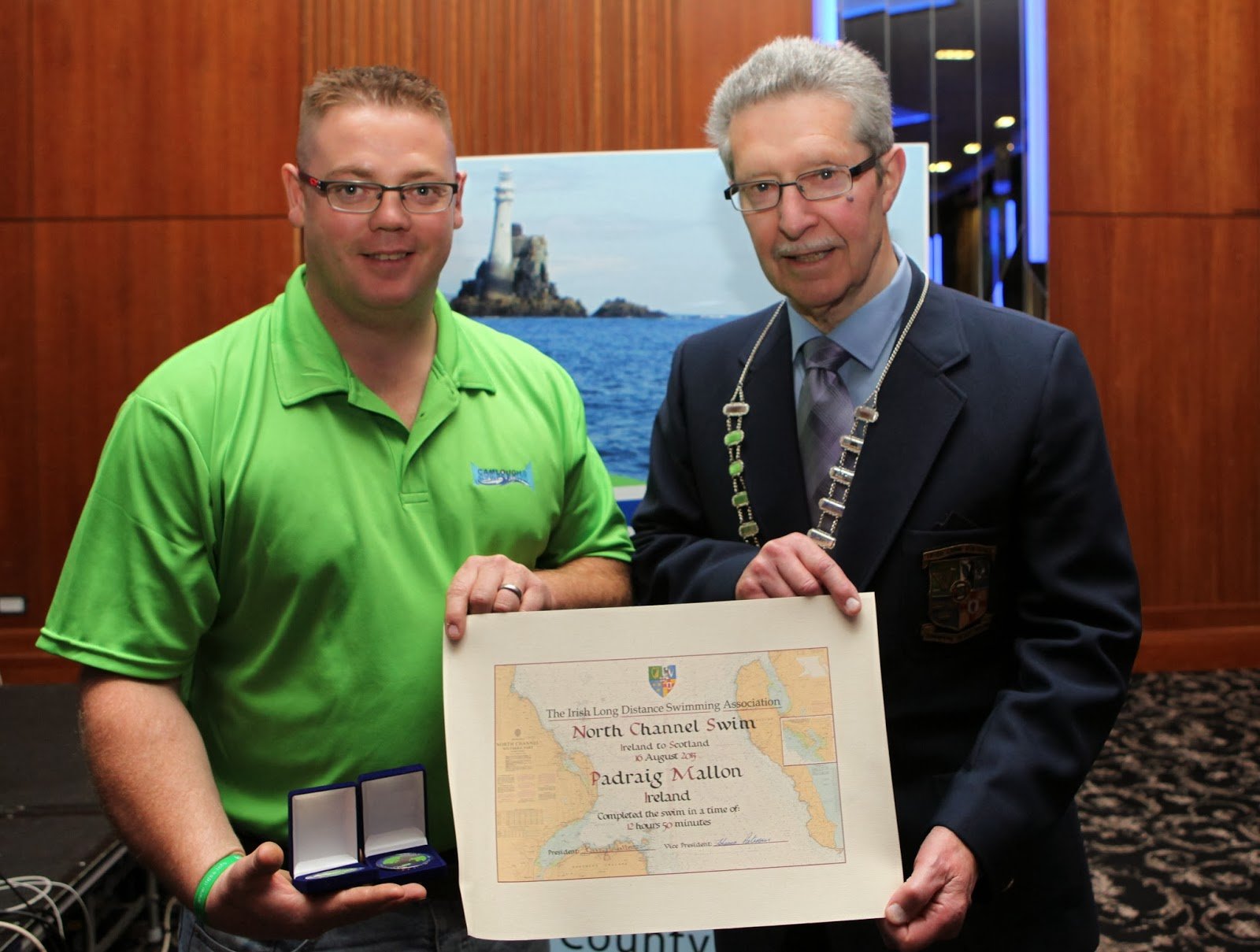 If there is anyone who embodies the spirit of open water swimming while possesses the sense of adventure, tenacity and perseverance that open water swimmers are known for in a genuinely humble and understated manner, it is certainly Pádraig Mallon of Ireland.

The Irish event director, triathlete, ice swimmer and channel swimmer is multi-talented, multi-faceted and multi-focused. With a sincere humility and obvious joy in his stroke, Mallon put his handprints all over the global open water swimming map in 2013 and was selected as the 2013 World Open Water Swimming Man of the Year.

Mallon became only the third person in history – other than the venerable Kevin Murphy and Allison Streeter – to complete the North Channel and English Channel in the same summer in addition to serving as the chairman and co-organiser with Aoiffe Lynch of the massively successful Camlough Lake Water Festival.

He is also one of the very few ice swimmers to also complete an Ironman triathlon. To be able to complete a full Ironman and swim a mile in 3.5ºC (38.3ºF) is rare achievement and challenges the mind and body in uniquely different ways. He drives himself with profoundly simple but audacious ethos: “If your dreams don’t scare you, you are not dreaming big enough.” And he achieves his dreams with a lock-down focused goal-setting character: “Mental ability is more important than the physical ability. If the mind fails, you will never make it but if the mind is strong, you have the finish line in sight.”

But in addition to pushing himself as an athlete, the double Guinness world record holder (for relays) is also the Vice Chairman of the Irish Long Distance Swimming Association and one of the organisers of the 2013 Irish Marathon Swim Series. Helping others achieve their own dreams is part of his very DNA. His year-round efforts – to either play a part in someone else’s success or swim the part to his own success – led to his well-deserved selection as the World Open Water Swimming Man of the Year:

Pádraig works at a feverish pace year-round. Not only was the understated Irish personality busy swimming across the most notorious channel in the world, the North Channel from Ireland to Scotland, but he did so only 6 weeks after crossing the English Channel. If the water was cold, rough and jellyfish-strewn, Mallon was game. He also became Northern Ireland’s first certified ice swimmer and participated in the Russian Winter Swimming Championships. He also brings the joy and challenge of the open water to others: neoprene or bioprene, competitive or fitness. Mallon was one of the organisers of the 2013 Irish Marathon Swim Series and the multiple-event Camlough Lake Water Festival. For his commitment to the sport, for his unselfish attitude and joy in bringing others to the sport, and for his own athletic accomplishments in the cold, rough waters of the British Isles, Pádraig Mallon is a worthy of the title, the World Open Water Swimming Man of the Year.

The voting for the 2013 World Open Water Swimming Man of the Year included: