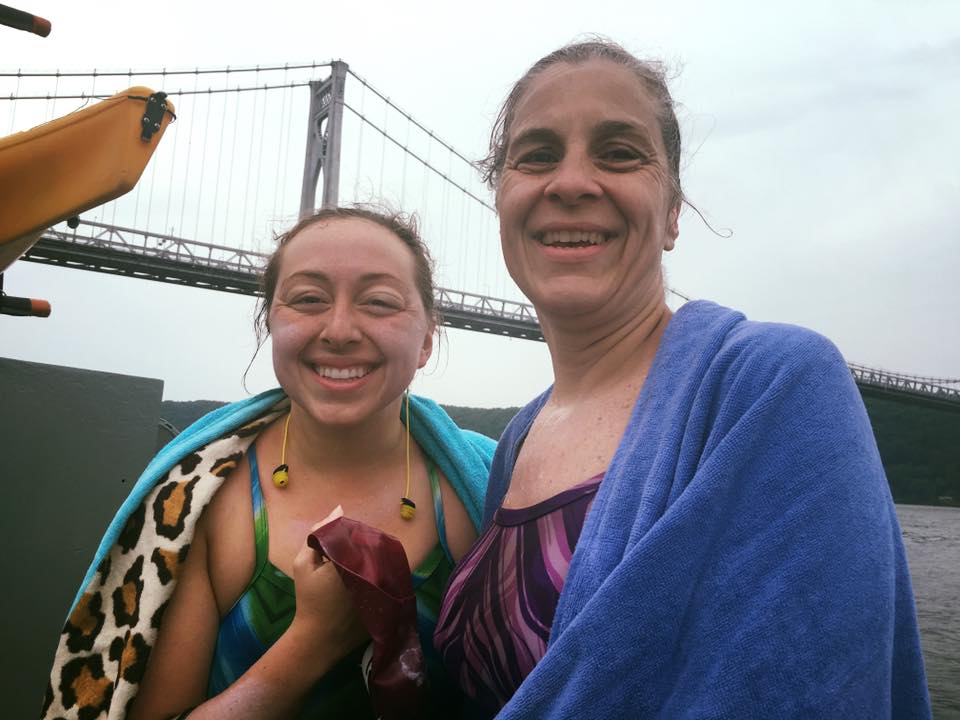 Mother Nature had her way in today’s Stage 2 during the 8 Bridges Hudson River Swim between the Kingston Rhinecliff Bridge and the Mid-Hudson Bridge.

Rondi Davies reported on the conditions of the world’s longest competitive open water swim. “Today we had a strong headwind that created large swells and significantly slowed the outgoing ebb current which meant swimmers had to swim into a strong flood for the last 1.5 or more miles of the swim.”

“There are plenty of war stories behind all of today’s swims. But there were great, gallant efforts by the swimmers and the kayakers who had to deal with the conditions while looking after their swimmers.”

Throughout the history of the event, only 4 swimmers have completed all 7 stages in one week: Grace van der Byl, Rondi Davies, Andrew Malinak and Lori King. There can now only be two swimmers from this year’s challengers who can join that esteemed group: Christie and Reinke who were only separated by 20 seconds and remain in a neck-and-neck battle for the overall lead.