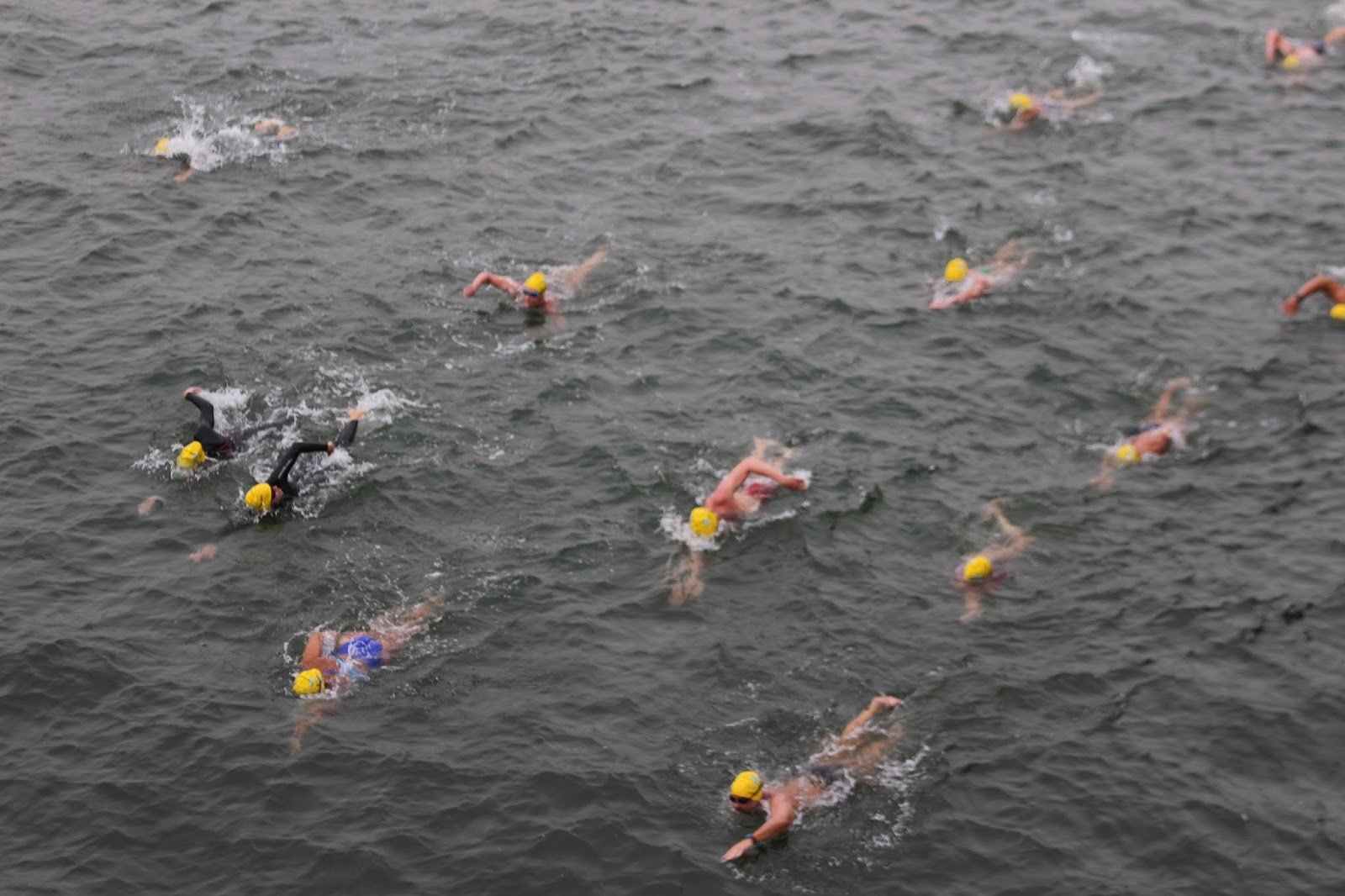 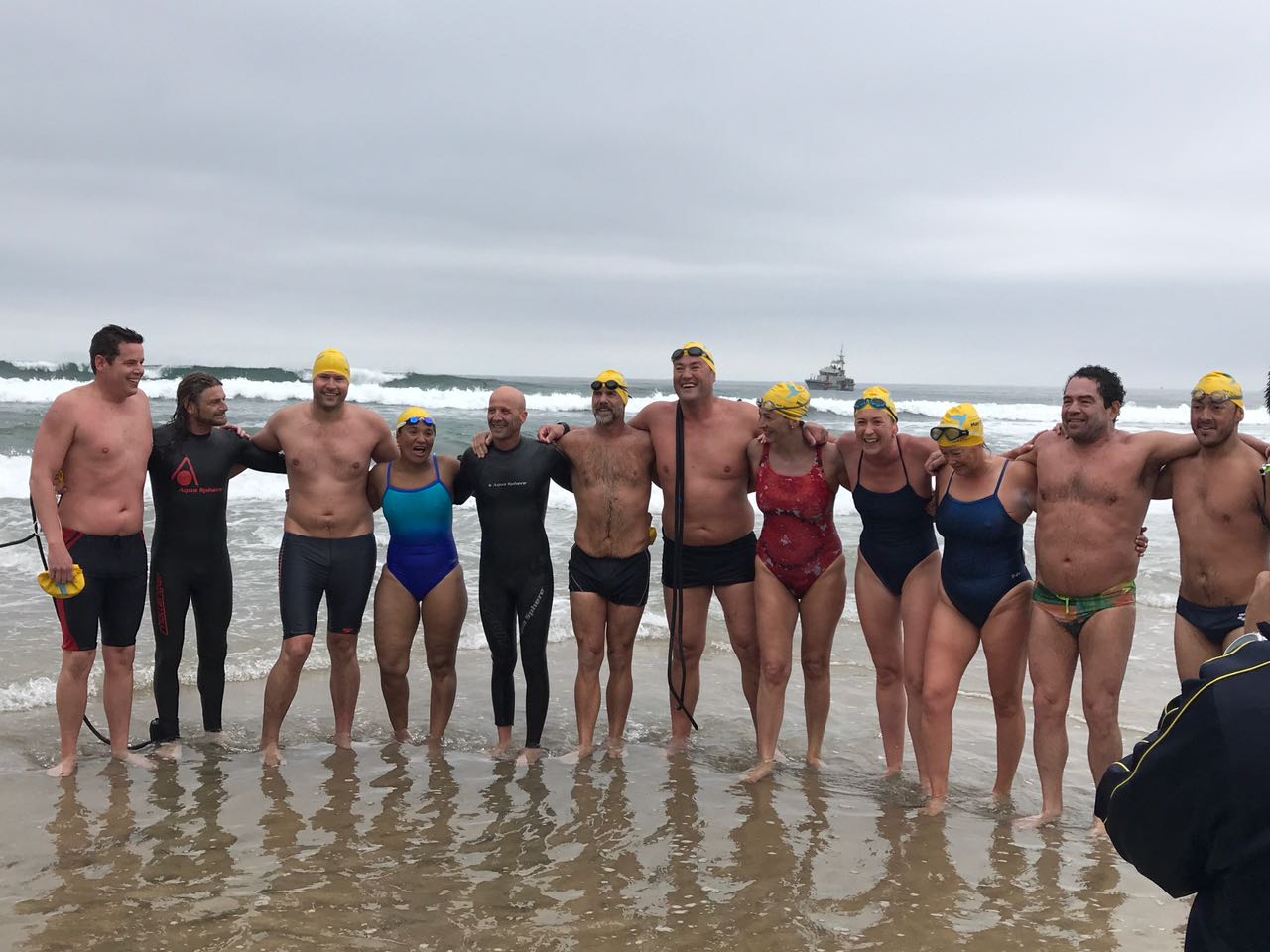 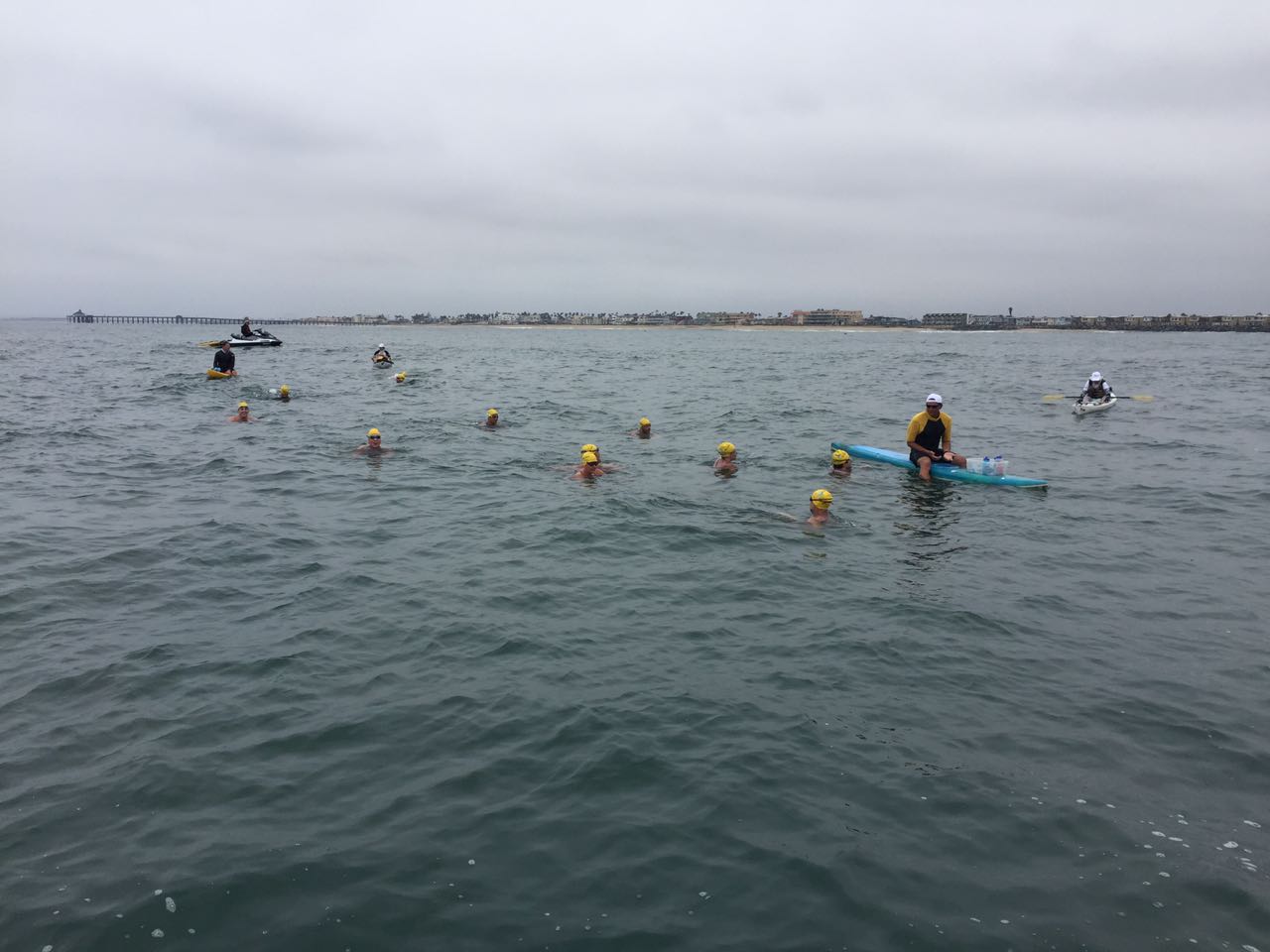 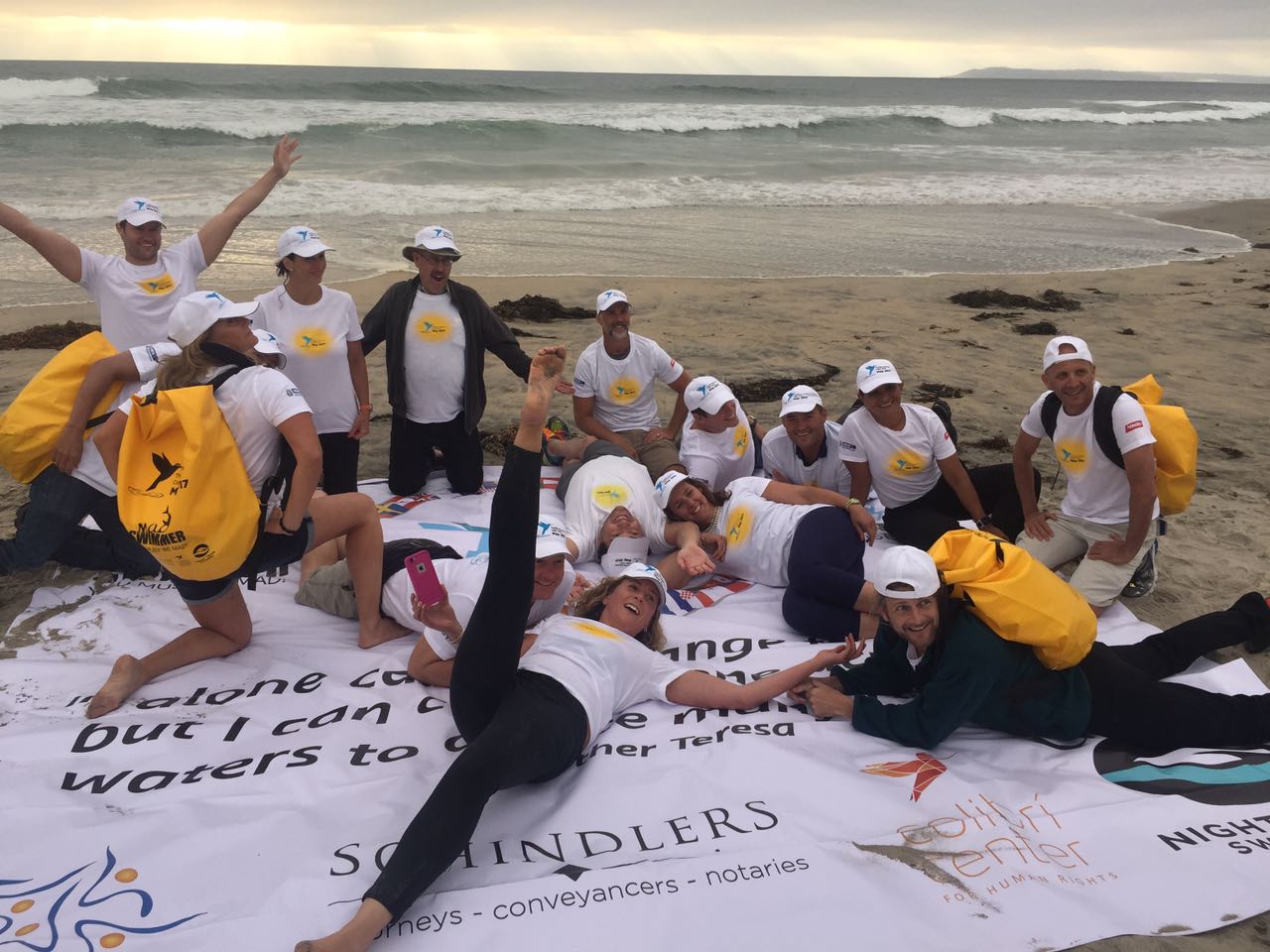 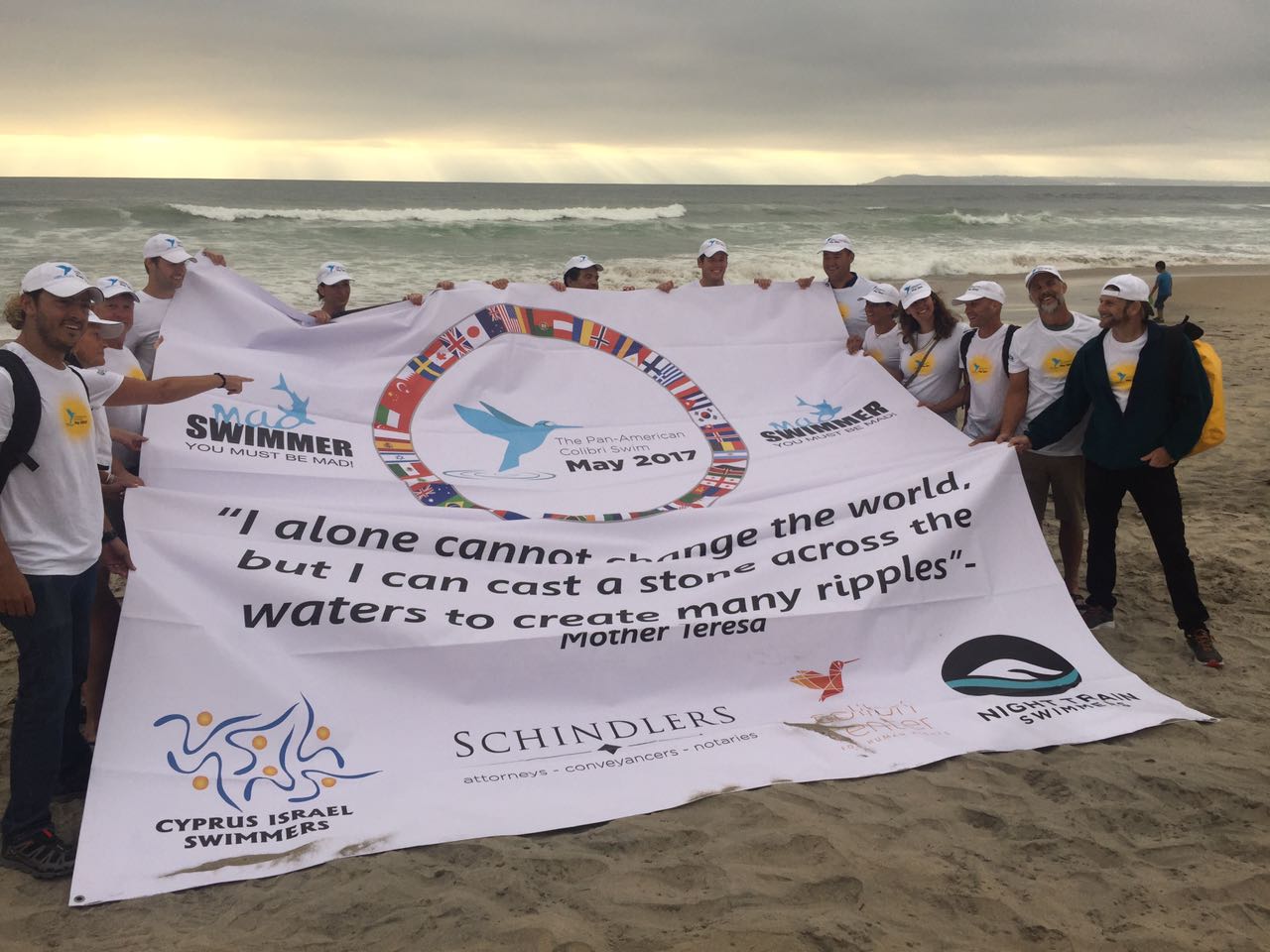 “Where are those swimmers going?” asked a spectator on the crowded Imperial Beach Pier just south of San Diego.

The Pan-American Colibrí Swim was on.

They swam as a group as they dramatically crossed the USA-Mexico border under the watchful eye of the U.S. Border Patrol and their Mexican counterparts, kayakers and an escort boat.

Unfurling a banner right on the border, the pod of a dozen swimmer raised awareness and money for the Colibrí Center for Human Rights that serves to alleviate the suffering of individuals whose family members have died while crossing the USA-Mexican border.

The American crew members on the kayaks and support boat captained by John Koett were not allowed to cross the border. But the swimmers were met with a flotilla on the border and five Mexican kayakers escorted them the rest of the way to Playas de Tijuana just south of the Mexican border. The team was met with hundreds of children and dignitaries upon their arrival in Mexico.

“To these swimmers, it was not physically as challenging, but rather stood out to them as a beacon of hope and unity. Coming from across the world the team were bound together by the humanitarian message of the swim,” reported Madswimmer coordinator Nicolene Steynberg.

“They wanted to express our deepest concern in a way we know best – swimming. Ignoring human suffering is something that those of us in privileged societies should not allow.”

The expected legacy of the swim is to enable the Colibrí Center to continue its work on a larger scale and to inspire swimmers from all walks of life to understand, appreciate and attempt to resolve political, cultural and social differences that may separate them from others.

“It was pretty cool to see the swimmers escorted by their American team and then stop momentarily at the border and then carry on, escorted by their Mexican team. The handoff was seamless and smooth,” observed Steven Munatones. “The skies were overcast all morning and there was a bit of turbulence, but it was a smooth group swim the whole way.”

For more information about the Pan-American Colibrí Swim, visit here. 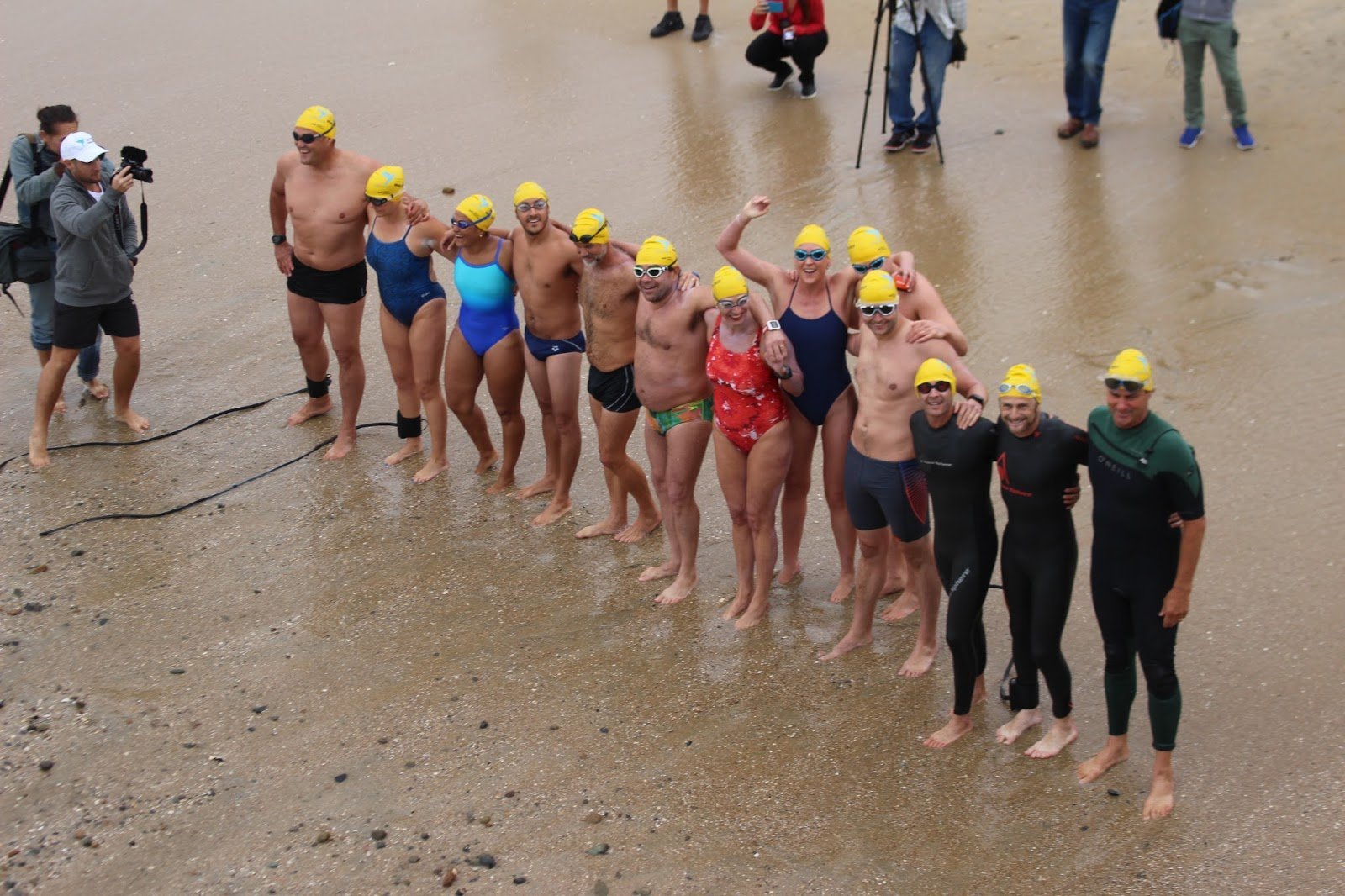 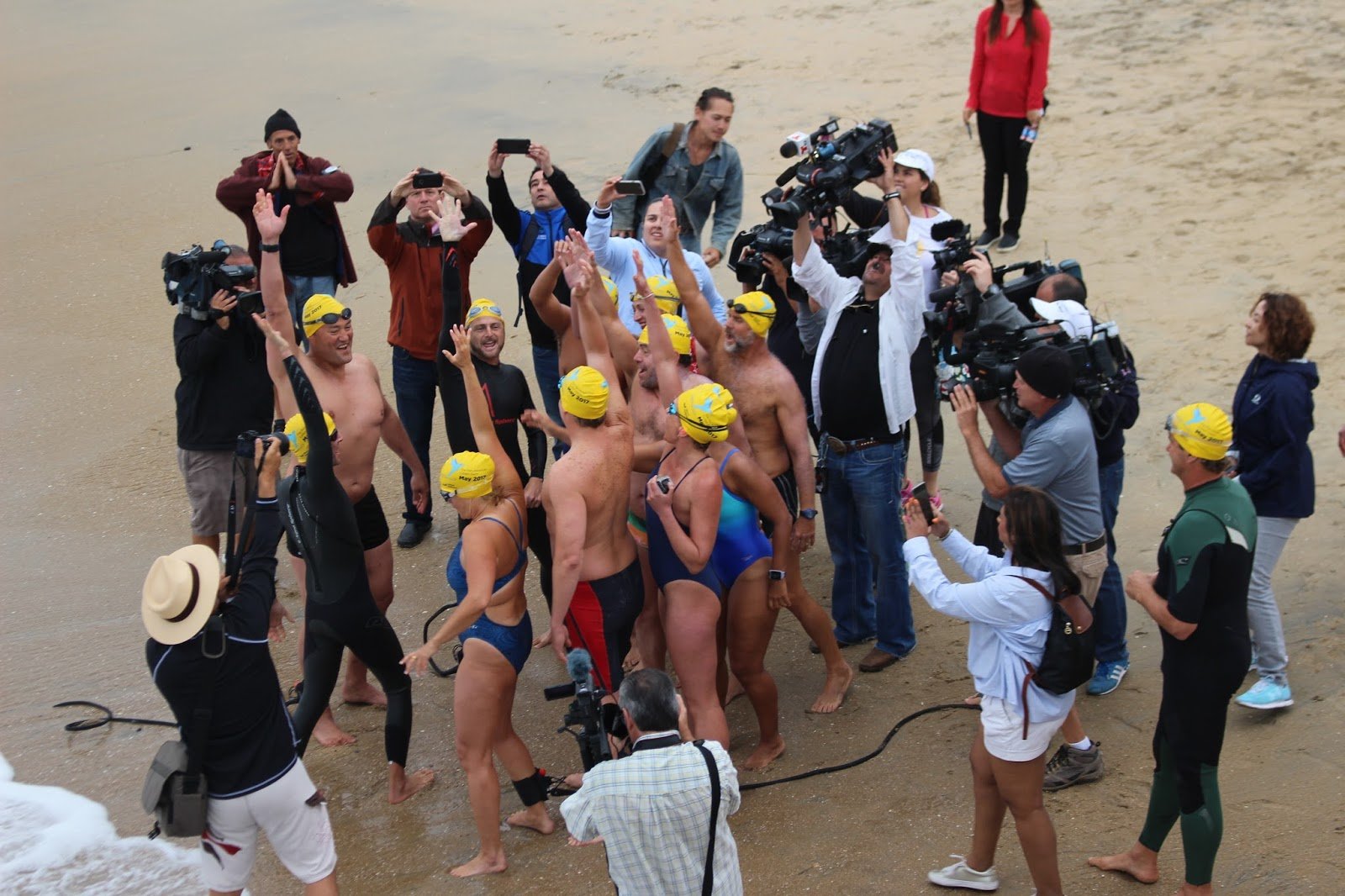 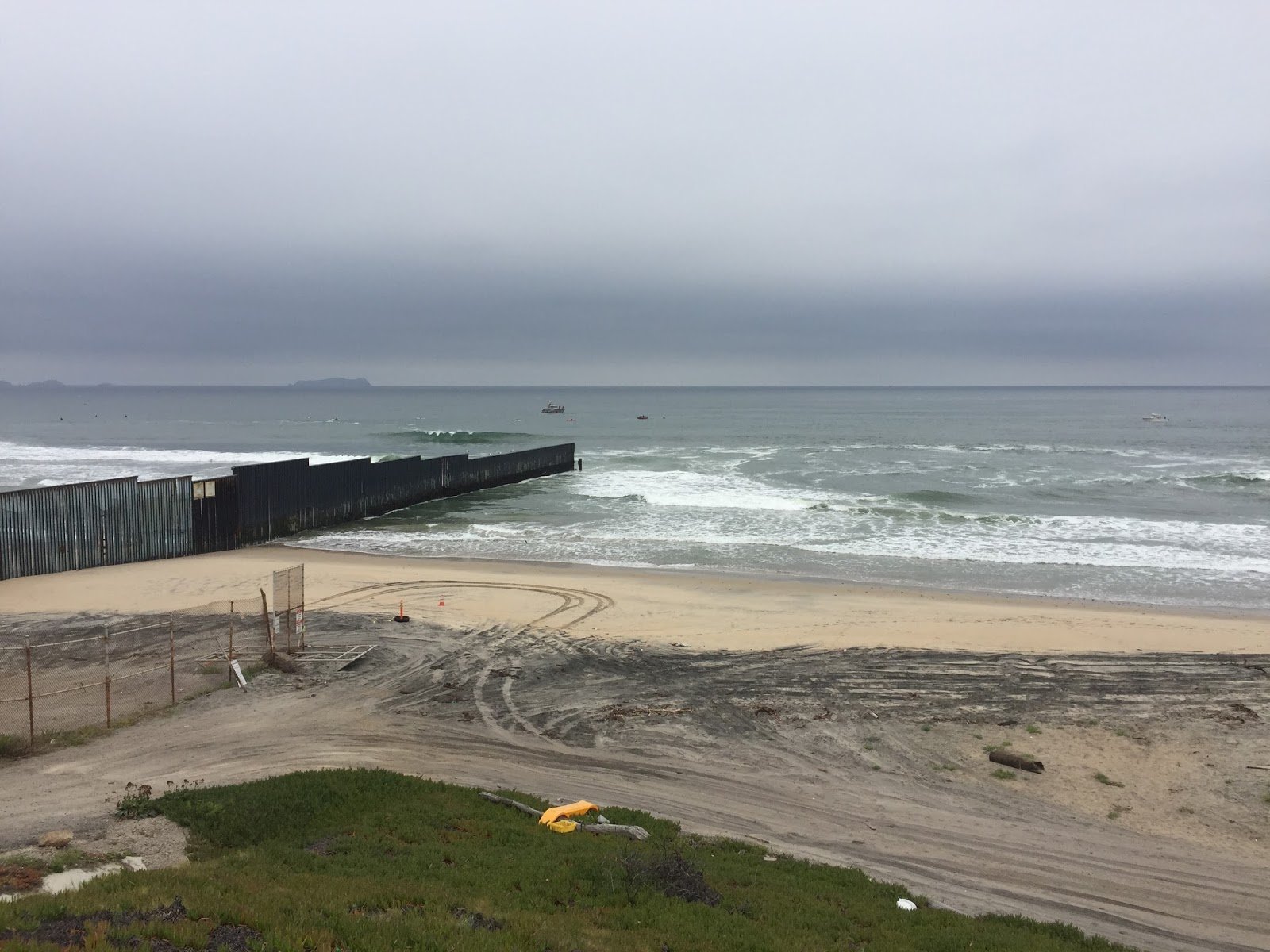 Swimmers nearing the border with the USA on the left and Mexico on the right: 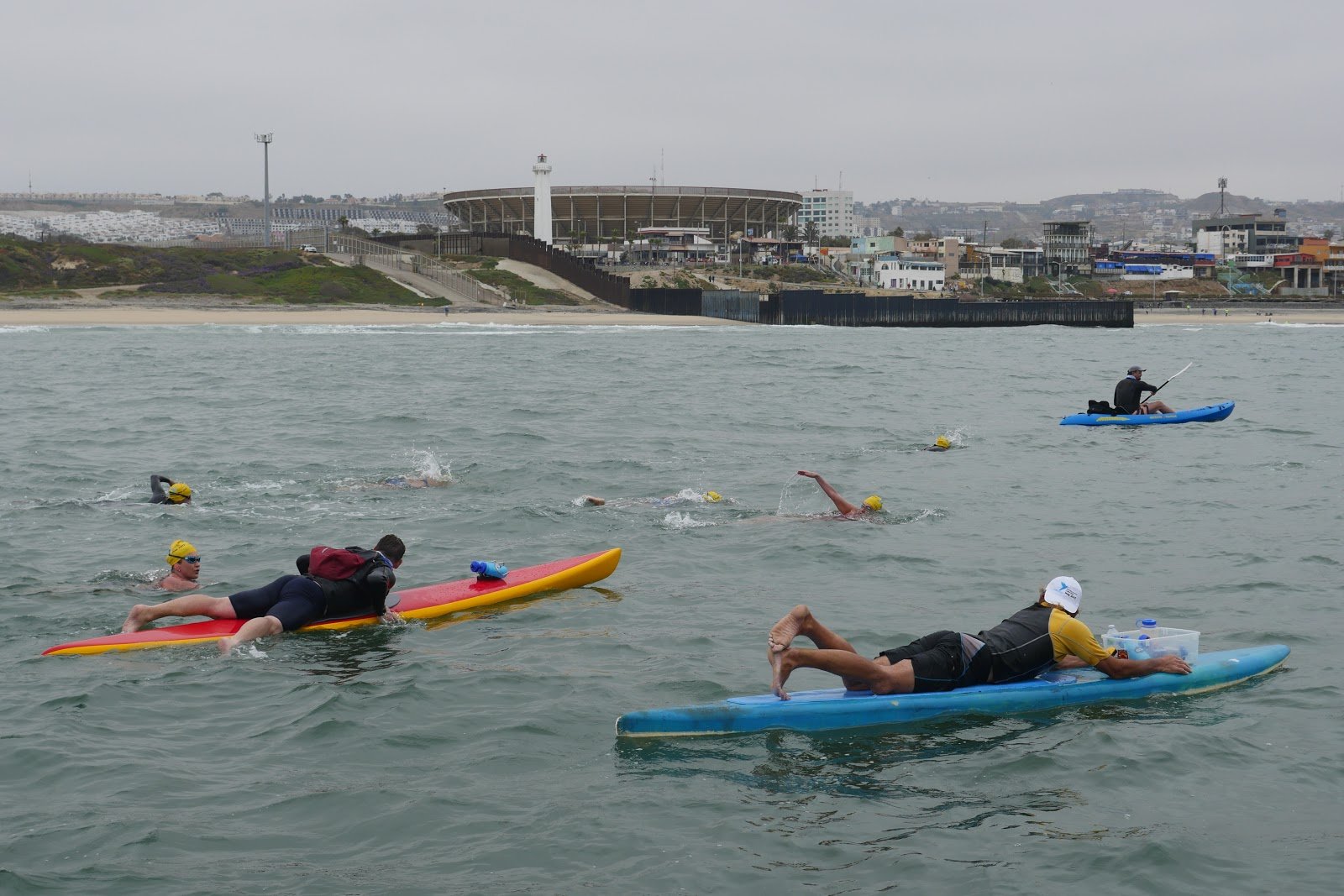