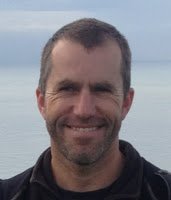 It is with great sadness the Channel Swimming and Piloting Federation confirms the death an Irish swimmer whist attempting a solo crossing of the English Channel early this morning.

Páraic Casey from Cork, Ireland began his swim at 9:13 am on Saturday morning and was just 1 km from the coast of France at around 1:30 this morning when he took ill.

Attempts were made by the crew to resuscitate him before a French rescue helicopter arrived with medics who tried further resuscitation.

Mr Casey was a member of the Sandycove Swimming Club in Cork, Ireland.

He is survived by his wife Riana who has issued the following statement, “Páraic was an amazing, healthy, tough, loving husband, friend, brother, uncle, son, nephew and cousin who’s recent passion for swimming brought him to great places. I would like to thank everyone for their love and support. We ask that our privacy is respected during this difficult time.”

Other news sources reported that the 45-year-old Casey had been swimming for more than 16 hours in a wetsuit when he took ill. Attempts to resuscitate him over the course of 90 minutes were made by escort boat pilot Paul Foreman.

Ned Denison, Casey’s training partner, told the Daily Mail, “He was a lovely bloke. He loved the water and he was in an environment where lots of other swimmers were pushing the distance and Páraic started to swim further and further and further. In Dover he was fit and healthy and in great shape, with the appropriate amount of confidence and caution. He was an excellent swimmer.”