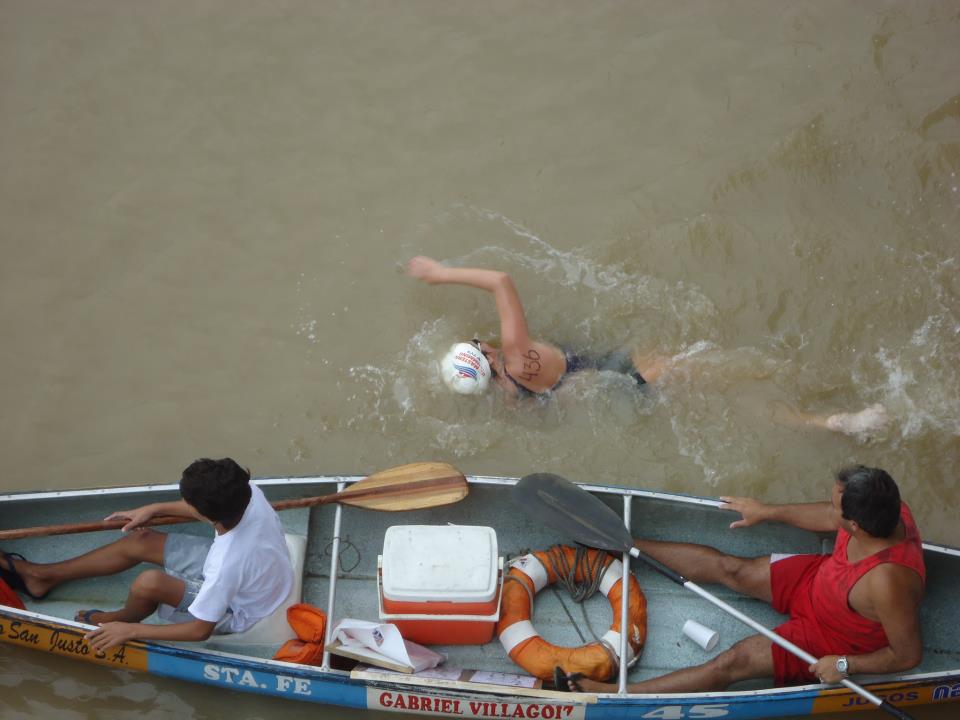 Amateur swimmers, inspired by the older professional marathon swimmers who compete on the FINA Open Water Swimming Grand Prix circuit, took their opportunity to shine in a compeition down the Río Paraná from Santa Fe to the city of Sao Tome in Argentina, called the Paseo Del Saldo. Just like the pros, each amateur was escorted by their own boat captain and coach.

Alma Luquez (shown on left from above), a local youngster from Santa Fe who was motivated by the FINA Grand Prix participants, finished third in her age group.

In her first attempt at an open water competition, Luquez said, “I completed the 8 km race in 1 hour 38 minutes. I was so excited when I finally arrived! It was beautiful to see my friends and teammates encourage me from the shoreline. I am very happy to achieve my goal. Actually, I just wanted to complete the swim – that was all. But after seeing that I got third place, I decided to dedicate myself to the open water and pool.”

Overall winners in the Paseo Del Saldo distance circuit were Jorge Bordon in a time of 1:50.34 for the men and Daniela Sanchez finishing in 1:55.37 for the women. Nicolas Hamet took the win in 1:20.46 for the win in the sprint circuit on the men’s side with Ariana Gamba on the women’s side in 1:24.29.

Full results can be seen here.