Pat Gallant-Charette, An Inspiration And Friend 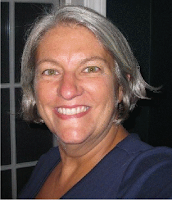 Pat is an amazing woman. This year, 2011, she became the oldest woman, at 60, ever to complete successful swims of both the English Channel and the Catalina Channel. She hails from Maine, where opportunities to swim are limited to a short season because of the climate. There is a YMCA where Pat swims when she can during the winter.

When you learn more about Pat, you see that her determination and will are remarkable.

Pat is one of 8 siblings – 6 brothers and one sister. Pat was 46 when her brother Robbie, a star athlete, died suddenly of a heart attack at age 34. Pat says that this stunned her. She was out of shape, worked full time as a nurse, and was busy with mothering and volunteer work. Robbie was a great athlete, had twice been the overall winner of the 2.4 mile Peaks to Portland ocean swim, had run the Boston Marathon, and done triathlons. Pat’s son suggested that she try to do Peaks to Portland in his memory.

Pat is fortunate to have a supportive family and circle of friends, but she really was not sure she could do it. She started to train at the Y when she could, swim in the ocean when possible, but it took a year and a half before she could qualify – this is a difficult race. She completed P2P (as it is called) in 1998 and every year since for a total of 14 successful swims. I met her there last summer, when she was one of only eight out of 324 swimmers who were not wearing a wetsuit in the cold, sometimes frigid, Maine waters. I knew then she was both strong and tough – as well as enthusiastic!

She decided to try the English Channel the first time in 2008. She had swum Strait of Gibraltar, but did not make the English Channel. Pat doesn’t have sponsors, still works full-time, and cares for two of her young grandchildren, but family and friends chip in with time, money and moral support, to help out. In 2011, now 60, she completed the English Channel. She followed that with her successful Catalina Channel swim, dedicated to Johnny, another brother who had died (at age 17, from a freak accident, not a heart attack).

Pat Gallant-Charette hooked up with “Swim for your Heart Feb. 14th” several years ago, which is a global effort to bring awareness and education about heart problems in local communities. In Maine, the YMCA promotes this and money raised is given to the Maine Heart Association. Pat would love to find sponsors for her swims, and to support heart research. The website for the organization is http://swimforyourheartfeb14.com. Wherever you are, you could start a swim this February 14th to tie into this program.

Pat says her next big swim will be the North Channel, on her way to all of the Ocean’s Seven. When I asked her why she was doing these swims, her answer is one that many of us can understand: she loves open water swimming. Training in very cold water as often as she can, I imagine that before she is 70, she will done the Ocean’s Seven and broken the age barrier for all of the swims.

Good luck, Pat, and congratulations for being such an inspiration.