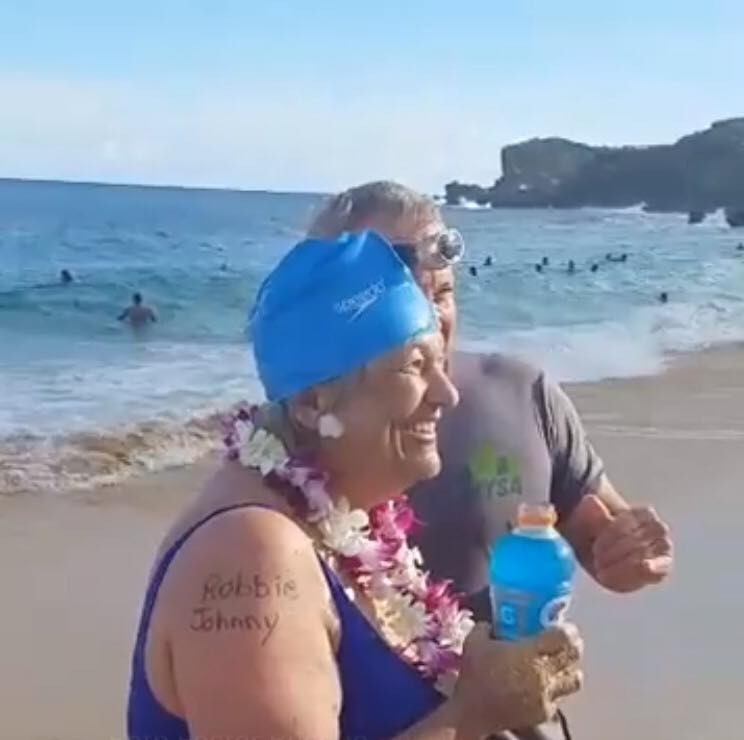 Since 2008, she has now completed crossings of the English Channel, Catalina Channel, Strait of Gibraltar, Tsugaru Channel, North Channel, and Molokai Channel with one more channel to go: the Cook Strait, a swim that she first attempted in 2014.

The retired nurse from Maine said, “I’m glad that swim is behind me….I found it to be my most challenging swim so far.

The currents were horrendous
.” The Kaiwi Channel Association confirmed her crossing set the record for the oldest woman to successfully cross the Molokai Channel at the age of 66 years 107 days. She will describe her adventure in detail on her website shortly.