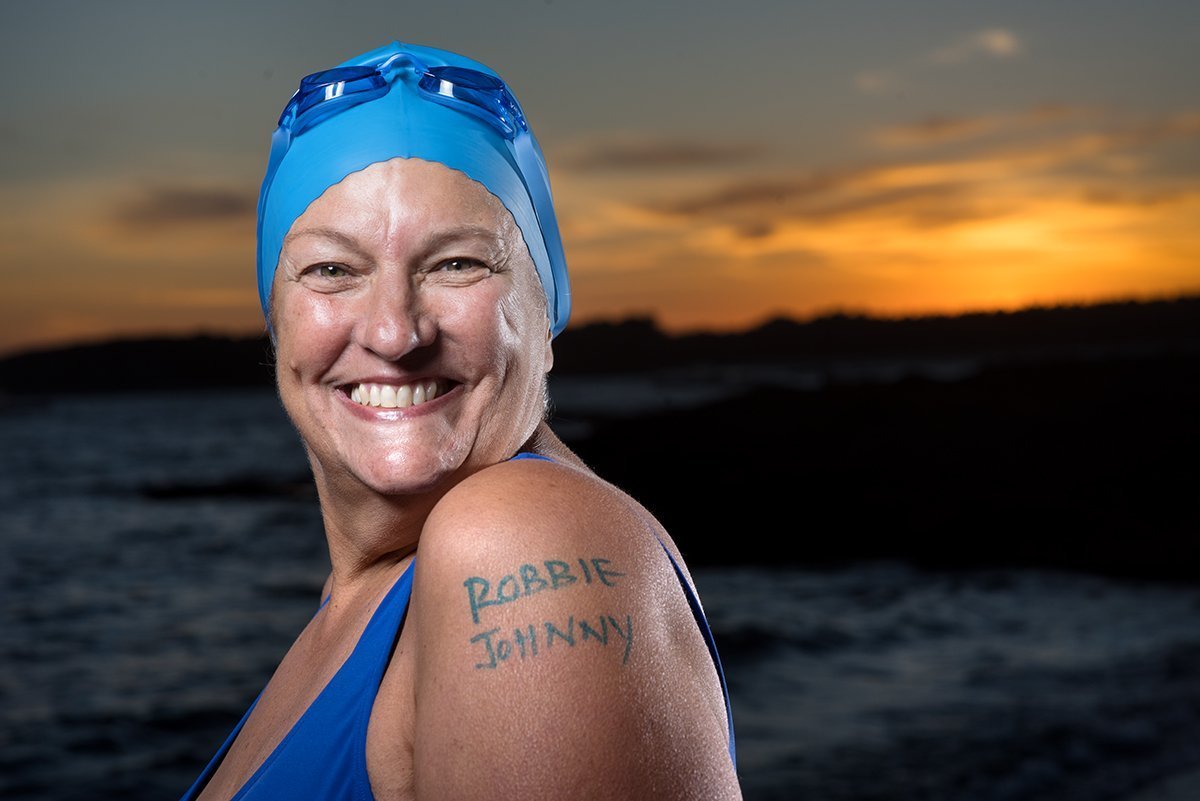 Pat Gallant-Charette gave an inspirational speech at the 2018 WOWSA Talks & WOWSA Awards at The Olympic Club in San Francisco, California today. Surrounded by great swimmers from Olympian Aaron Peirsol and United Nations Patron of the Oceans Lewis Pugh to Oceans Seven swimmers Kimberley Chambers, and Antonio Argüelles, she was informed by Ned Denison, Chairman of the International Marathon Swimming Hall of Fame, that she has been inducted as an Honor Swimmer in the International Marathon Swimming Hall of Fame Class of 2019.

It came to her as a complete surprise.

Her speech, Never Too Old, is appropo.

Pat is an inspiration. There is life – lots of life and success – for the swimmers taking up the sport after the age of 40. Setbacks are part of life and DNF’s are part of marathon swimming.

Pat has experienced six defeats in completing six channels of the Oceans Seven challenge. Her toughest DNF’s included attempting crossings of the North Channel when she pulled after 16+ hours – less than 1 mile from the finish and in the English Channel where she was pulled 1.7 miles from the finish.

She is followed as a role model by many aspiring marathon swimmers – both young and not so young.”

Nine of her swims have set records for the oldest female swimmer:

The retired nurse from Westbrook, Maine explained, “Each swim had a unique set of challenges: speed in Manhattan, high altitude and cold air temperatures in Lake Tahoe, cold water in Loch Ness, and only 3 days rest after Loch Ness in Windermere.”

On November 10th at The Olympic Club, Gallant-Charette will explain her mindset, her preparations, her planning, training and escort teams that she has to continue to raise the bar in the open water at the .

“It is great to see a sport where you can continue to set records in your 60’s and 70’s and are considered to be one of the best in your given athletic discipline. Pat is one such individual – of many,” explains Steven Munatones. “But the road to greatness is never easy and the world’s waterways have always put the hard-working grandmother to the test.

What always impresses me in face of the tremendous physiological stress and marine conditions that she faces and the long hours she endures is that her smile is as brilliant at the finish as her smile is in the beginning. She is always cheerful and deeply appreciative to her crew and family. And she always faces challenges. She has occasionally failed in her crossings – but she always comes back with a success
.”