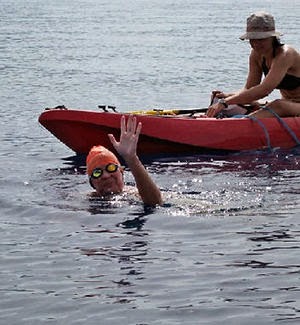 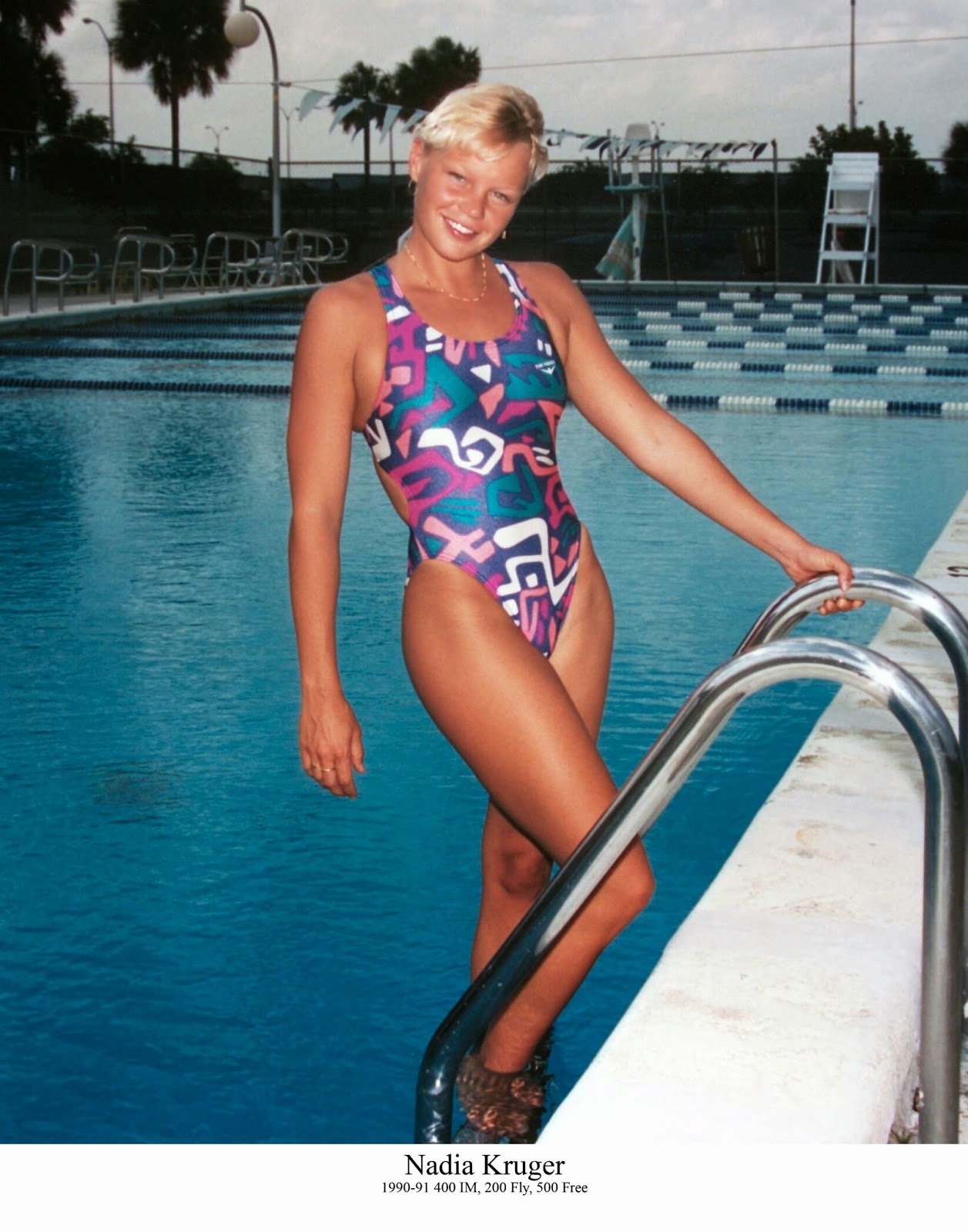 In 2013, Patti Bauernfeind [shown on left] set the record for women over the age of 40 in the 26.4 km International Self-Transcendence Marathon-Schwimmen across Lake Zurich in Switzerland. The Night Train Swimmer from California completed the swim in 7 hours 53 minutes.

The overall female record is held by Nadja Krüger [shown below], a Swiss swimmer from S. V. Limmat Zürich, who set the record in 5 hours 59 minutes in 2001.

A new generation of female swimmers are going to attempt to swim their best across Lake Zurich on August 10th this year:

The men’s start list for the 2014 International Self-Transcendence Marathon-Schwimmen is posted here.