Patty Nardozzi Keeps It In The Family 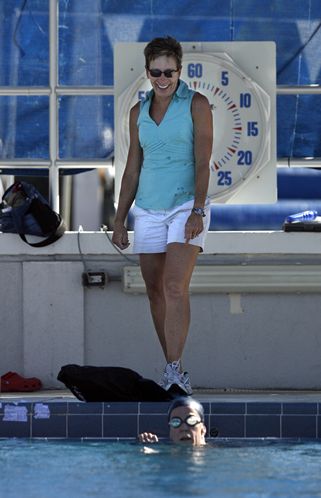 Patty Nardozzi remains a whirlwind of activity, around the pool and in the open water.

Once her younger daughter joined her brothers on the local swim team, Nardozzi decided it was time for her to get some exercise herself and she literally jumped into the sport like few others. She studied and became certified as her children grew up in the sport and later became coaches while she continues to swim five days a week herself.

There were times when her children were swimming while she was coaching or helping out, and her husband of 34 years was officiating. What a remarkable family anchored by an inspirational woman, mother, and coach.