Paul Lundgren’s Transformation Off The Grid Into The Wild 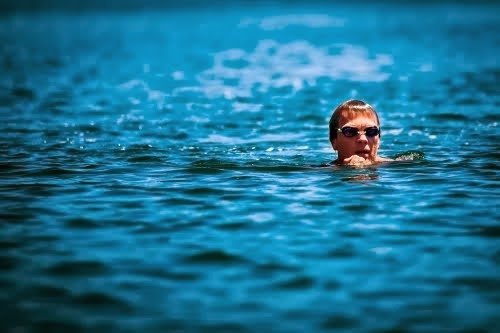 Paul Lundgren‘s 80-mile off-the-grid swim in Mexico reminds us of explorers of old as he sets off to swim in the relatively unknown waters across the Sea of Cortez.

Like traversing across a jungle or up a mountain like explorers of yesteryear, Lundgren will encounter nature in ways that are not yet completely understood or even charted. There are plenty of fishermen who know these waters in the Sea of Cortez, but few people understand how the dynamics of this body of water can interact with a swimmer moving at 2-3 miles per hour.

To help him, Lundgren has recruited and assembled a number of like-minded adventurers to assist him on his 80-mile sea crossing:

“The Sea should be considered a wildlife reserve. It is one of the most biologically prolific bodies of water on earth,” explains Lundgren. “It was named ‘the world’s aquarium’ by Jacques Cousteau, but its natural resources are at risk due to overfishing, pollution and a lack of regulations. Fortunately, Eco Alianza recognizes the wonderful resource the Sea of Cortez provides the region from a perspective of culture, beauty and economics. Eco Alianza is committed to serving the region as a voice that tells the Sea’s story and inspires people to protect the Sea and its surroundings.”

He did not finish his first attempt and deeply reflected on what it would take to be successful the second time. Lundgren reviewed everything, from nutrition to his chosen course. The journey has been quite eye-opening. “The original intent of the extraordinary challenge was to embark on a journey that would require intense internal reflection and a complete lifestyle and psychological change. The swim is an extraordinary goal. With that comes extraordinary attention. Funding the swim became a sound bite deliverable and the hook was a world record. Focusing on a world record shifted the focus of the swim from a spiritual journey to a self-promotion with an ego-starved undercurrent. But this swim has nothing to do with world records and everything to do with the shadows I see when I look into the reflection on the water’s surface. The swim is a matter of the soul.”

Lundgren even profoundly looked into branding of his attempt. “The swim is not a solo event, so I changed the name from Solo Cortez to Swim Cortez. It’s not possible to swim solo across the Sea of Cortez. Swimming 80 miles requires a team and a community of support. Connecting with people is essential to the success of the swim and to the development of change in my character going forward in life.”

Connecting with his crew was a major part of his learning experience – and a critical element to his future success. “By nature, the Sea is a dangerous environment for human life. The currents are unpredictable and, for the most part, misunderstood. The Sea is surrounded by a dry desert climate which is why the Sea has one of the highest levels of water salinity in the world. The Sea is a healthy environment for the large jellyfish population that proliferate its waters. Inhabited by sharks, whales, Humboldt squid, and thousands of other species, the Sea of Cortez is a biological paradise for wildlife that can and do feed on man-size prey.”

The initial swim allowed Lundgren and his crew to begin understanding the nature of challenges. It energized them to find ways to see how an 80-mile traverse across the Sea could be done. “We spent time finding and implementing the right tools to see how the crossing can get done. Safe Sea is being used for jellyfish stings; Shark Shields are used for sharks; we are reading charts from the U.S. Navy’s satellite. Our training and experiencing the Sea is all part of the equation to find a way to swim across the Sea.”

As Penny Palfrey and Diana Nyad have well-understood in their swims in the Caribbean, some of the pain comes from the water itself. “In an undulating Sea swimming endless hours in a horizontal position and with high-salinity water splashing into my mouth with every breath, gestural intestinal stress can cause a debilitating situation. Without food and fluids, the swim cannot be done and sickness will inhibit proper consumption to nothing.”

But everyone understands that what goes on in his mind is ultimately the most important. “I face isolation in an abyss, the shadows reflecting the darkness of my mind, fear of failure, death, and body-deforming attacks from creatures real and imagined all accumulate into a breaking point when the ability to maintain sanity is gone. The defragmentation of reality and internal peace are replaced with terror and panic of eternal proportions.”

With success, however, Lundgren knows there will be a change. “What is found on the other side of the crack in mental and biological homeostasis is transcendence and spiritual awakening.”