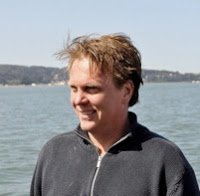 This morning in the Sea of Cortez, Paul Lundgren‘s escort team pulled him from the water 24 hours after he started on his attempt to swim 76 miles (122 km) from the east coast of Baja California to the mainland of Mexico.

“Conditions worsened: choppy, windy, cold. We’re SUPER proud of Paul & Crew! He’s on board resting!” tweeted his escort team after one long night on the sea.

Lundgren’s 24-hour swim course is noted here by his crew of the Night Train Swimmers.


Vito Bialla explained the decision, “After horrible tide conditions and swimming 24 hours, it became clear that to repeat this two more times would not be in the cards. A 78-hour swim would be a rough journey. Sea of of Cortez is extra salty. [Even though] his right eye was half swollen shut and his tongue was in strange colors, he just motored on at 60 strokes per minutes.” He swam approximately 32 miles in 24 hours and had dolphins greet him at the start and during the night as well as breaching whale towards the end. “[Crew chief] Mark Montgomery said we will pull him. [Then] we all jumped in and circled our hero and let Mark deliver the news.”