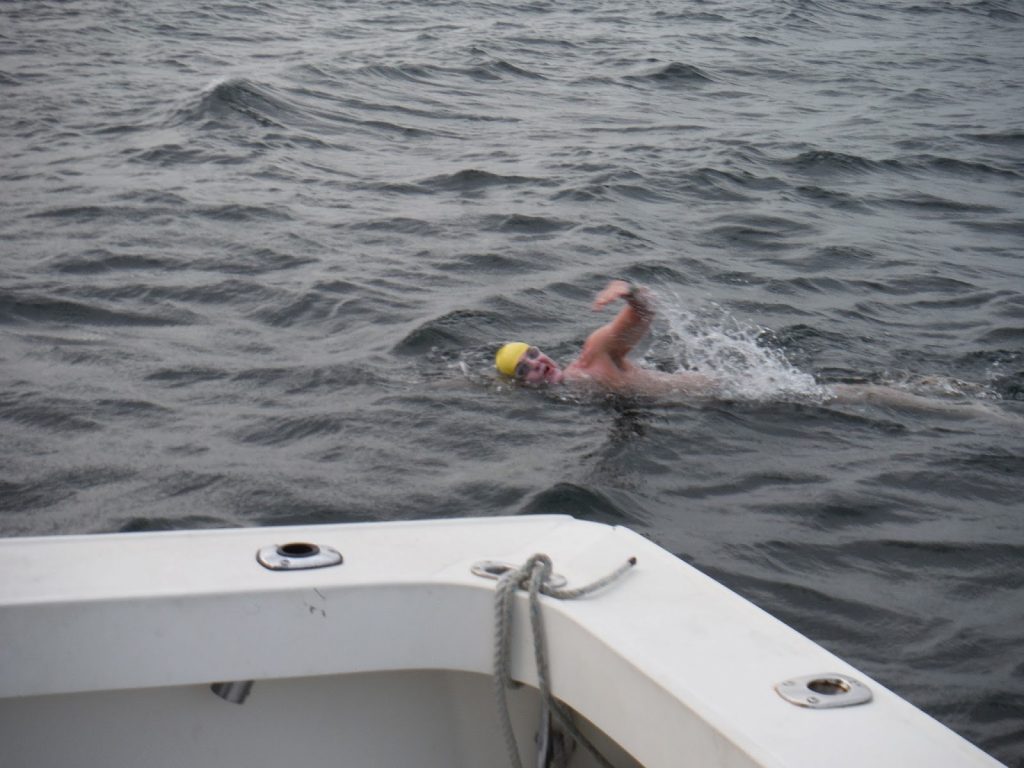 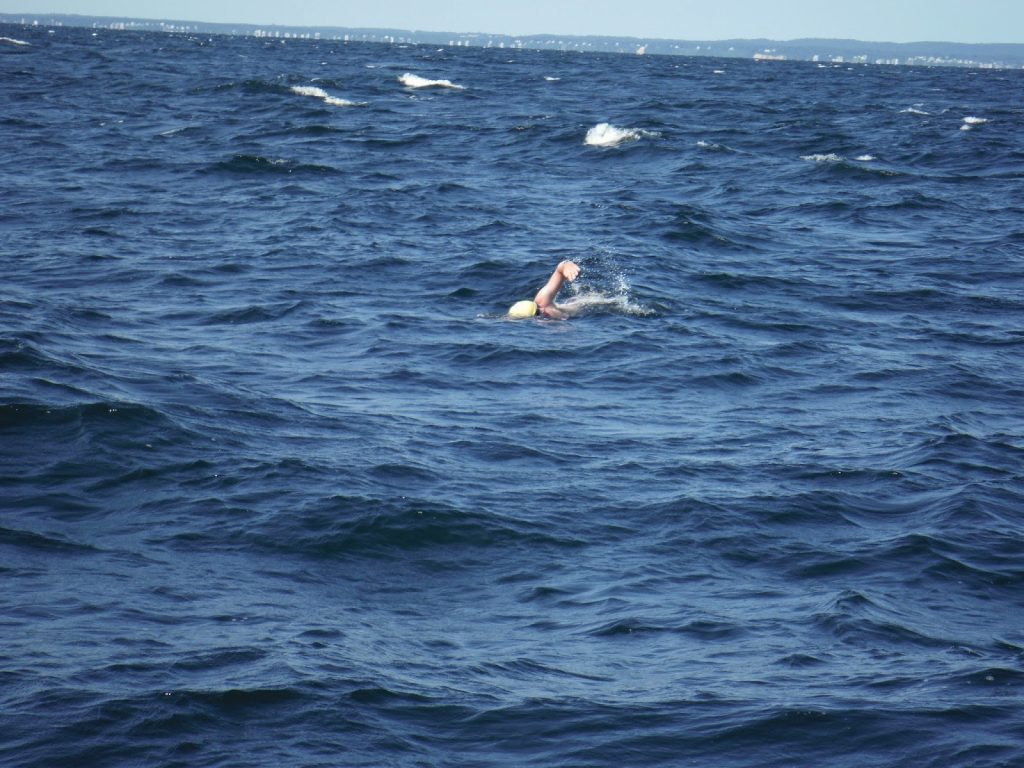 Escorted by Massachusetts Open Water Swimming Association pilot John Boreland with Burke providing guidance on his boat, Paul Rekoff had about 30 minutes of darkness before dawn broke. O’Connor explains, “From the start, Paul had a tail wind from the west which grew though out the morning to 17 mph. The steady wind kicked up swells that were at first 2-4 feet, but grew to 6 feet by 10 am. The waves were washing over him from the left. Paul breaths on the left. Paul gave it his all. The waves were relentless.”

Although he never slowed and maintained a consistent stroke count, Mother Nature got the best of Rekoff yesterday. He got out after 5 hours 10 minutes. “Paul had gone about 11 miles and had about 9 to go,” recalls O’Connor. “It was an awesome 5 hours to watch.”