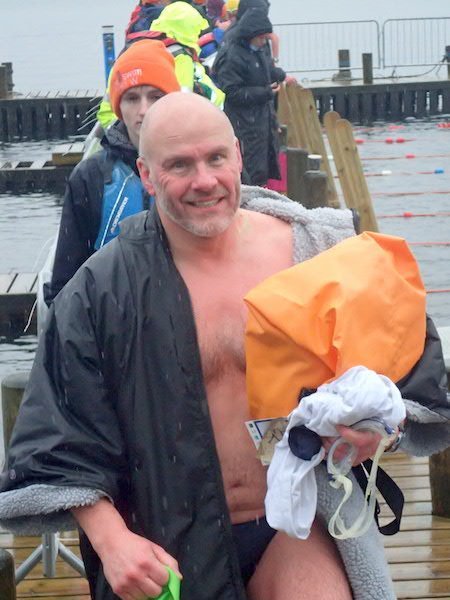 Smith, living and swimming out of Nottingham, was a competitive age-group swimming in the 1970s.

“I came to open water swimming in 2008,” explains Smith. It was his third comeback to the sport of swimming.

Smith understands his preferred niche. “I’m not really a marathon swimmer – more a middle-distance swimmer at 5 km and 10 km, though I’ve swum further in Windermere in 2013 in a little over 5 hours. I train locally at Stoney Cove Diving Centre, near Leicester, largely because it’s open all day and has beautiful clear water. I prefer lake and river swimming.”

He gave a hint of his cold water abilities in the 2013 Windermere crossing. “I gave up wearing a wetsuit about five minutes before that swim, on September 1st 2013. I’ve swum the Dart 10k four times and in September I will go for a fifth trip.”