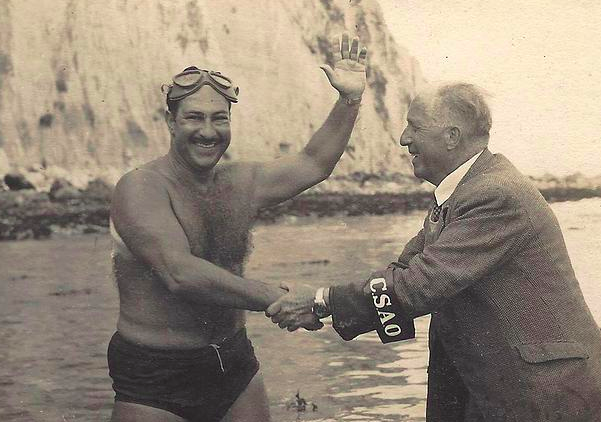 A 2002 Honour Swimmer in the International Marathon Swimming Hall of Fame, Abilio Couto was one of those larger-than-life open water swimmers of the 20th century. Rivers, lakes and oceans: he enjoyed swimming and competing in all of them. The Brazilian who died in 1998 never quit; he always gave it his all and he was always gracious to other athletes, pilots, escorts and volunteers.

Contemporary swimmers and race directors in Brazil and professional marathon swimmers around the world stand firmly on his solid legacy that he helped create as a talented athlete and as a passionate ambassador of the sport. He was truly a genuine giant of the open water.

His grandson, Daniel Vizeu Costa Couto, created an online tribute to his grandfather at www.abiliocouto.com.