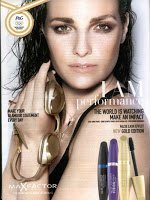 Two-time world champion and Olympic silver medalist Keri-Anne Payne, the cover girl of the elite open water swimming world and the odds-on favorite to win a gold medal in the Olympic marathon swimmer, is an intelligent open water swimmer who has demonstrated one of the highest navigational IQs in the sport … and she demonstrated once again her wisdom and talents in a 10km race.

Payne tweeted that she felt a “little shoulder niggle” at the European Open Water Swimming Cup 10km in Eilat, Israel and rightly judged “…this isn’t the year to soldier on, did most of it but was happy with what I did. “I should be back to normal in the next few days and the next one [10km race] I do will be at London 2012.”

A profound, long-term decision … and one that many other swimmers would be wise to follow if they wish to have a long-term career of soldiering on in an arduous sport that places a lot of physiological stress on the shoulders.

Swim hard, but do not swim injured. For a little shoulder niggle can turn into a more serious, constantly nagging injury due to the repetitive motion of swimming, especially as a twitch can turn into a niggle, changing your stroke and aggravating into swimmer’s shoulder.

Results for the women: