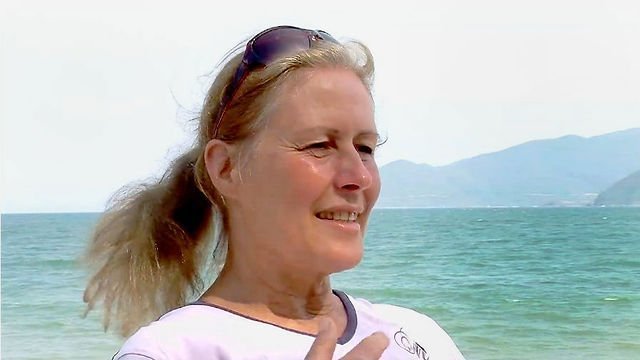 All types of open water swimmers are also accomplished endurance athletes on land.

Pádraig Mallon, an Irish Ice Ironman, has done everything from an Ice Mile to a full Ironman triathlon.

James Tout has completed the Triple Crown of Endurance Sports with his Hawaiian Ironman in 1981, Boston Marathon run in 1982, and English Channel crossing in 1987. Dr. Georgios-Ioannis Tsianos of Greece conceived and completed the Ice, Water, Fire Challenge, a solo challenge to climb Mount Everest, swim across the English Channel and run 250 km Marathon des Sables through the Sahara Desert.

Hugo Rodriguez Barroso of Mexico, Boguslaw Ogrodnik of Poland, and Bill Borger Jr. of Canada have all achieved the Peak and Pond that requires a conquest to the top of Mount Everest and across the English Channel.

Antonio Argüelles is not only one of the only two people in history to twice achieve the Triple Crown of Open Water Swimming, but he has also down 5 full Ironmans and 8 marathon runs among other endurance events.

But both genders are represented among those with an inkling for adventure both on land and the open water.

Three women come to mind: Vasanti Niemz of Germany, Jacqueline McClelland of Ireland, and Colleen Mallon of Ireland, but there are many others.

Niemz [shown above] from Heidelberg, Germany is a member of the International Sri Chinmoy Marathon Team. She has swum the English Channel twice within 25 years and twice in a relay as well as completed a Strait of Gibraltar crossing and several International Self-Transcendence Marathon Swims in Switzerland’s Lake Zurich.

She was also part of a multi-day Channel-triathlon from Dover via Calais and Brussels to Aachen. Since 1982, Niemz has completed over 20 marathons, including 7 New York City Marathons (with a personal best of 3:53 in 1989), many ultra-marathon running races including those of 6 hours, 12 hours and 24 hours (with a personal best of 148 km in 1999) and Self-Transcendence 6 Day Race in New York where she ran 342 km. She also finished the Zurich Ironman in 1996, a 10x Olympic distance ultra-triathlon at the Sri Chinmoy Triathlon Festival in Canberra (15 km swim, 400 km bike, 100 km run as the first and only woman to finish), two Triple Ultra Ironmen competitions (including a third-place finish at the 2003 World Championships in 54 hours 44 minutes) as well as an attempt to climb Mount Kilimanjaro and an organizer of the Oneness-Home Peace Run in Germany, Switzerland, Great Britain, Italy, Croatia, Japan, Vietnam, Tanzania, Indonesia, USA.

McClelland [shown above in Murmansk, Russia] is similarly non-stop whether on land as an athlete or organizer or in the open water. an Irish open water swimmer. triathlete, endurance athlete, and a member of the Camlough Lake Water Festival team.

Similar to McClellan and Niemz, Mallon demonstrates a lot of diversity as an open water swimmer and triathlete from Camlough Village in Northern Ireland. She swam the North Channel with a 9 hour 56 minute crossing and competed in the 17 km Irish long distance National Championship and 17 km British Championships in Lake Windermere, as well as a number of 10 km swims and a crossing of the 19.7 km Rottnest Channel. She has also completed a number of half Ironman triathlons, the Canberra 70.3 Half Ironman, Husky Long Course, Husky Olympic Triathlons, and the ITU Sydney Olympic Triathlon races.

The abilities of these endurance athletes to acclimate to vastly different temperatures and climes – even within the same year – are shining examples of really what is physically and mentally possible.