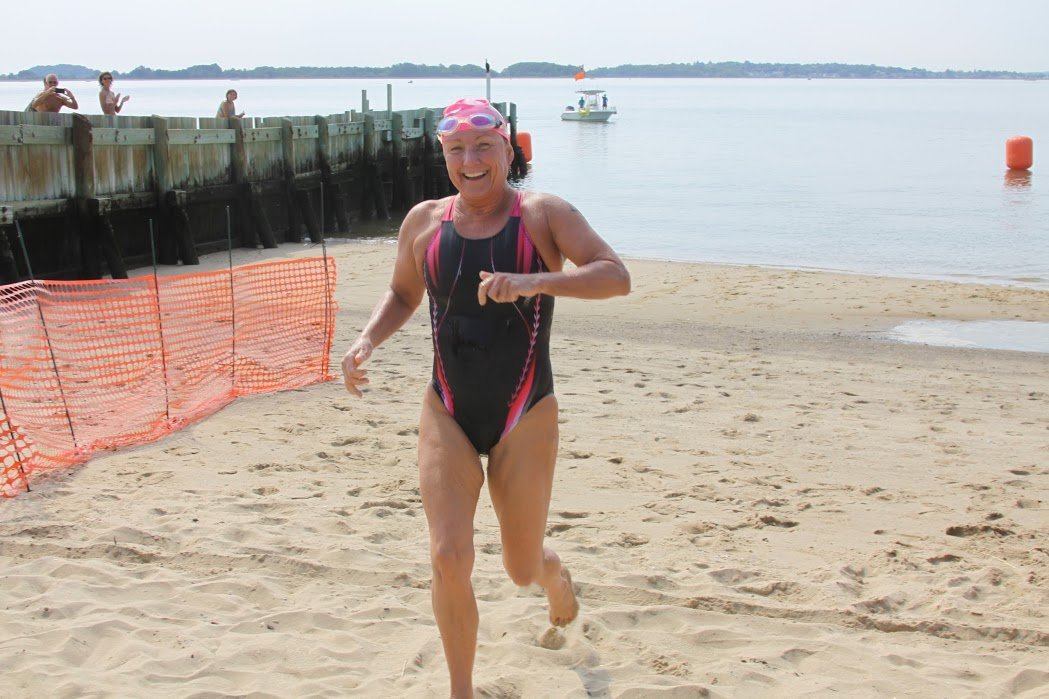 After starting her tour across United States with a 9 hour 20 minute crossing of the Catalina Channel to become only the third person to achieve a Double Triple (see here), 53-year-old Penny Palfrey traveled across the North American continent and stopped over in Boston to train and share open water stories with local swimmers.

Yesterday, she continued to impress her American hosts with a dominating victory at the 8-mile Boston Light Swim, adding to her numerous victories that have stretched from her native Australia to races on the East Coast of America.

Leading a select group of 24 athletes, Palfrey finished in 2 hours 56 minutes nearly 12 minutes ahead of the first man James Clifford.

44-year-old Jennifer Olsen finished third in the Granddaddy of American Open Water Swims as the entire flotilla of swimmers, kayakers and escort boats traversed among the Boston Harbor islands that was a uncharacteristically warm 64-68°F (17-20°C).

“The weather conditions were calm, hot, and sunny,” reported co-race director Elaine Howley. “Of the 24 solo competitors who started the swim, four terminated their swims early due to cold or other issues and one swimmer was very close to the finish line when time expired. We hate having to ask swimmers to leave the water when time expires like that, especially when they are within sight of the finish, but it’s necessary to protect the integrity of the event and to ensure we can continue to run it in future years. Hopefully, the impacted swimmer will train this winter and be able to come back and finish next year.

Many of the swimmers who participated brought intensely personal and inspiring stories with them of their journey to this marathon swim. First time Boston Light Swim finisher Patty Gray of Arizona swam in memory of her brother who had always wanted to do the swim with her.”