Petar Stoychev Takes A Major First Step In The Cold 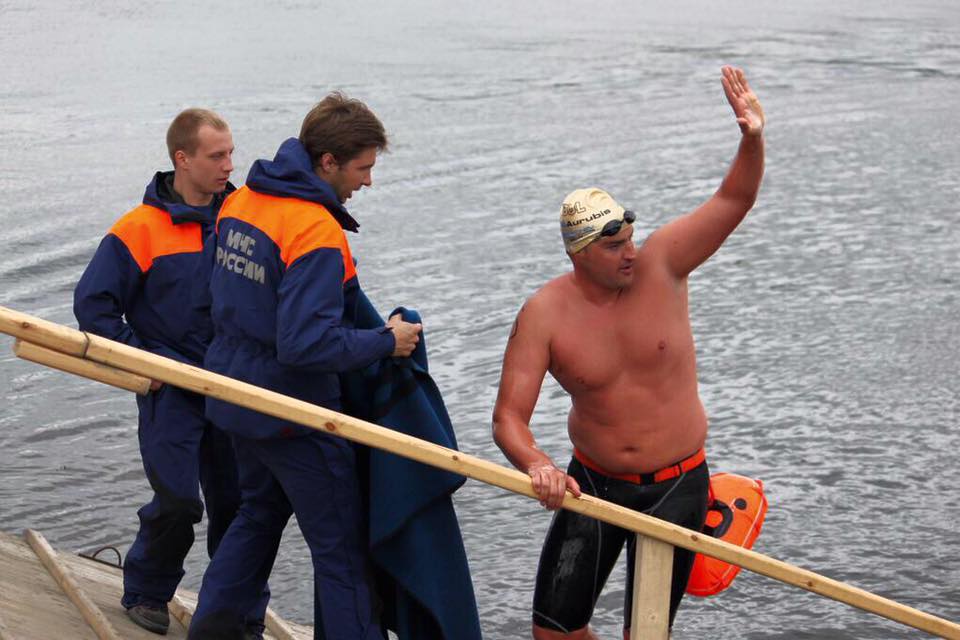 Petar Stoychev of Bulgaria and Christof Wandratsch were rivals in professional marathon swims and across the English Channel.

The mighty duo are among the fastest channel swimmers in history, holding two of the three fastest times in history: 6 hours 57 minutes by Stoychev in 2007 and 7 hours 3 minutes by Wandratsch in 2005. Since their rivalry in the open waters around the world, Stoychev became the Minister of Sport in Bulgaria and a coach. Wandratsch went on to dominate the ice swimming world in terms of speed, setting standards that were unheard of.

But the two men, friendly and respectful of each other’s talents, met in Murmansk at the 2015 International Ice Swimming Championships. While Wandratsch set records, Stoychev took a quick dip of 25m in a celebrity relay (see here) as his first ice swimming experience.

He must have enjoyed it because Stoychev just completed his first cold water competition in Kola bay, Russia. The 1250m competition in Murmansk was held in 6ºC and 9ºC air that Stoychev won in 16:41.

Could the rivalry be renewed? If so, how fast and how far can these world-class swimmers take the emerging sport in the ice?