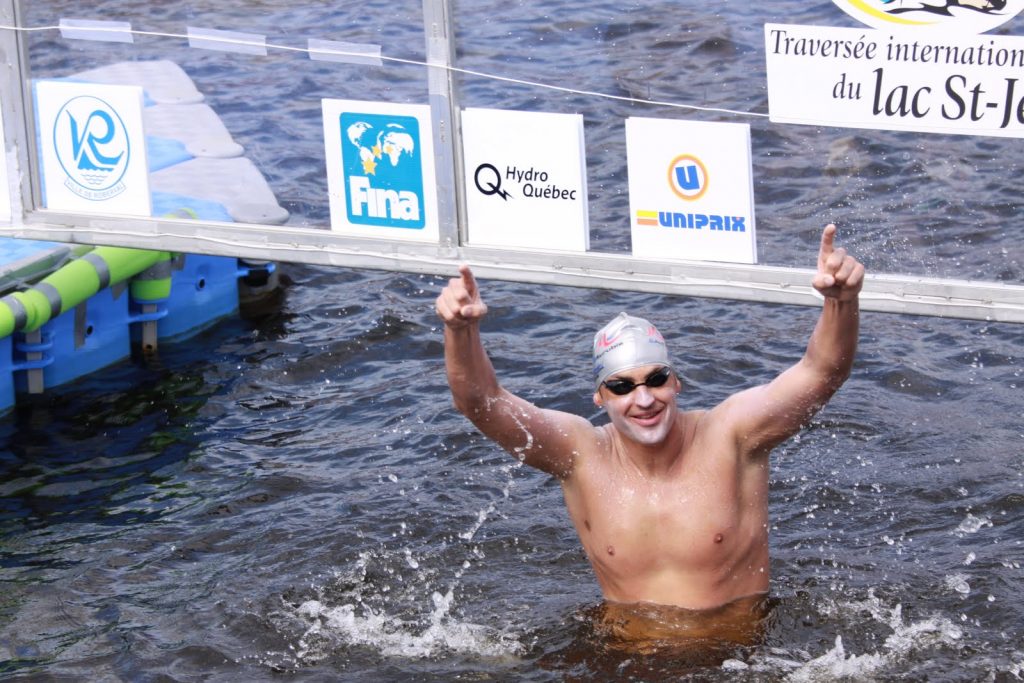 In one of the most exciting come-from-behind races in recent memory, Petar Stoychev fell behind over 2K at the halfway mark in the Traversée Internationale du Lac Memphrémagog in Magog, Canada this morning. But with less than 250 meters to go, he finally caught frontrunner Ian Van der Hulst of the Netherlands to win his unprecendented 11th straight Traversée.

Second-place Ian had everything to be proud of.

The revitalized Ian fought off the world’s fastest ultra-marathon swimmers for over 7 hours and 25 minutes until he was overtaken by the most successful professional marathon swimmer in history. Trent Grimsey of Australia was third, Simon Tobin of Canada was fourth and Xavier Desharnais of Canada was fifth.

“I was overweight and not in shape a few years ago, just working in an office,” explained 27-year-old Ian. “I decided to get fit and started swimming again. I lost a lot of weight and am now doing the FINA Grand Prix circuit.”