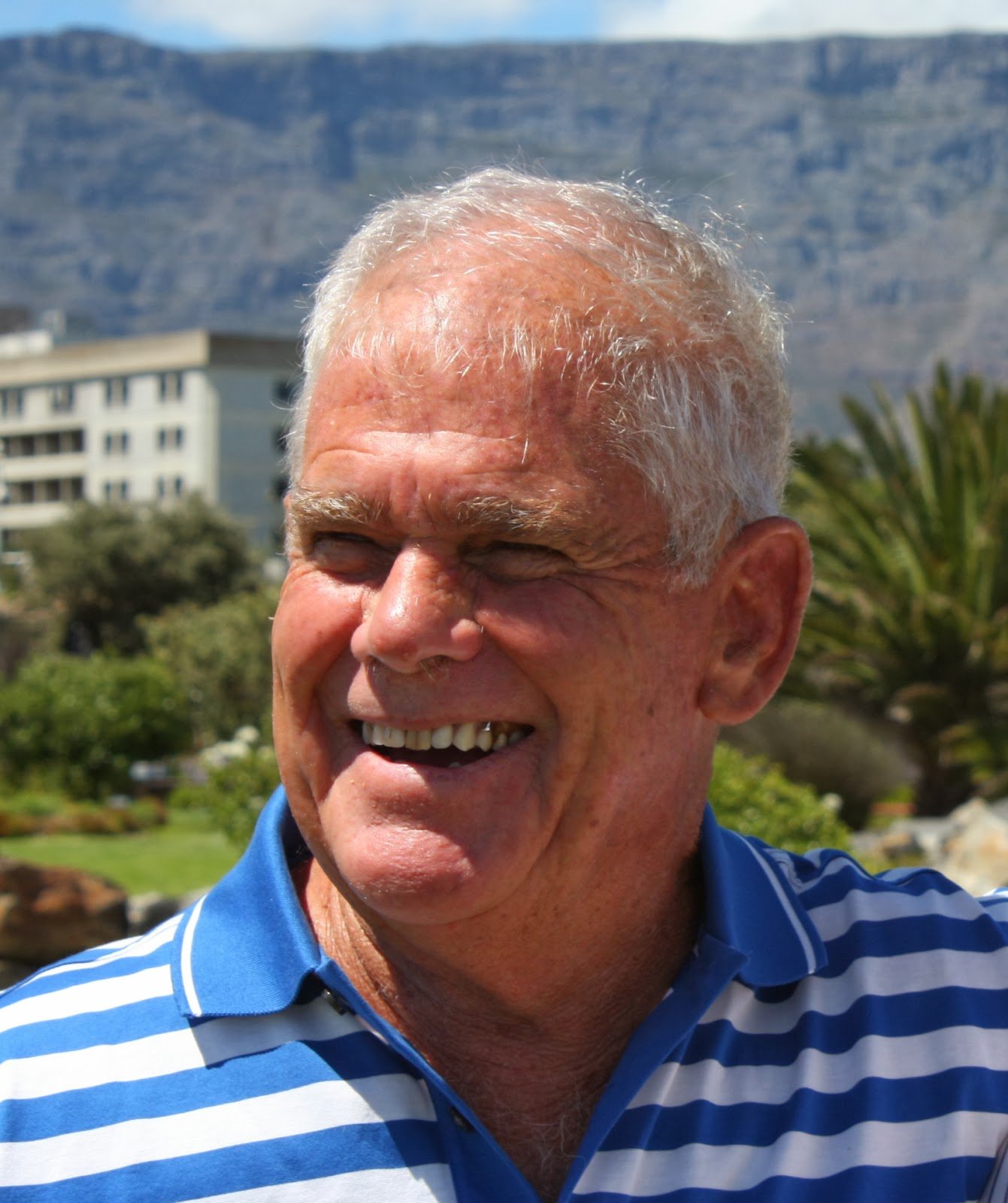 Peter Bales, one of the founding members of the Cape Long Distance Swimming Association (CLDSA), is one of those legends of the sport whose personality, energy and dedication have been greatly appreciated by generations of swimmers.

Bales is now 73 years old and is still swimming and piloting with gusto. Piloting since 1969, Bales and Tucker have escorted approximately 250 swimmers between Robben Island and Cape Town over the past 45 years.

Bales is the chairman CLDSA, the official body to officiate over solo swims in Cape Town waters in South Africa and elsewhere in the country on request. Bales helped co-found the governing body together with Dennis Pearson, Coenie van Eyssen, Frank Nielsen, John Pagden and John Whitmore.

Virtually every record swim documented by the Cape Long Distance Swimming Association was piloted by either himself or Hugh Tucker. But along with the fast records swims have come others on the opposite end of the spectrum. He has piloted for people like Tony Scalabrino, another pilot who swam from Robben Island to Blouberg in 7 hours 15 minutes and Lydia Goldswain who suffers from spastic diplegia and swam in just over 5 hours for the 7.4 km Robben Island to Bloubergstrand swim.

Bales has been a steady eye throughout all his swim. Fortunately, rescues have been few and far between, but his skills and quick actions have helped prevent tragedies from happening. “Dr Derek Yach was attempting a double 22 km Robben Island-to-Three Anchor Bay swim,” recalls Theodore Yach. “A Great White emerged next to him on the return trip approximately 400 meters from the end of his second leg. He attempted again on the next weekend, but was again stopped by a Great White approximately 500 meters from the start of the first leg. The second time, the shark hit the boat in an attempt to get at Derek. Not one to give up easily, Derek succeeded some years later in horrendous conditions with Peter.”

Some of his piloted swims have been quite memorable. Bales and Hugh teamed up to pilot American Lynne Cox on her swim around Cape Point in which she became the first person to complete the swim in the late 1980’s. “She describes in her book how a Great White crossed her path several times,” explains Yach. “According to Peter, when he told her she only had 2 km out of the 8 km to go, she chose to stay in the water and complete the swim.”

Bales tells of another swim that he and Tucker escorted Bill Currer. “Bill was an enormously powerful man who took nonsense from no one.” The 11 km swim was from Simonstown to Muizenberg in 1987. The then-President of South Africa PW Botha was on a tour of new Navy corvettes at the naval base in Simonstown. “A gunboat arrives next to our skiff when we were approximately 4 km into the swim and orders Bill out of the water and to clear the area. Bill told them to go away in colorful language. However, when they cocked their submachine guns, he saw the point and exited the water in a hurry. We had to cease this swim in 2003 due to the resurgence of Great Whites in False Bay.”

The swims he has participated in can fill a volume of tales and the real-life adventures he can tell can go on for days.