Peter Charter Fights To The End And Beyond 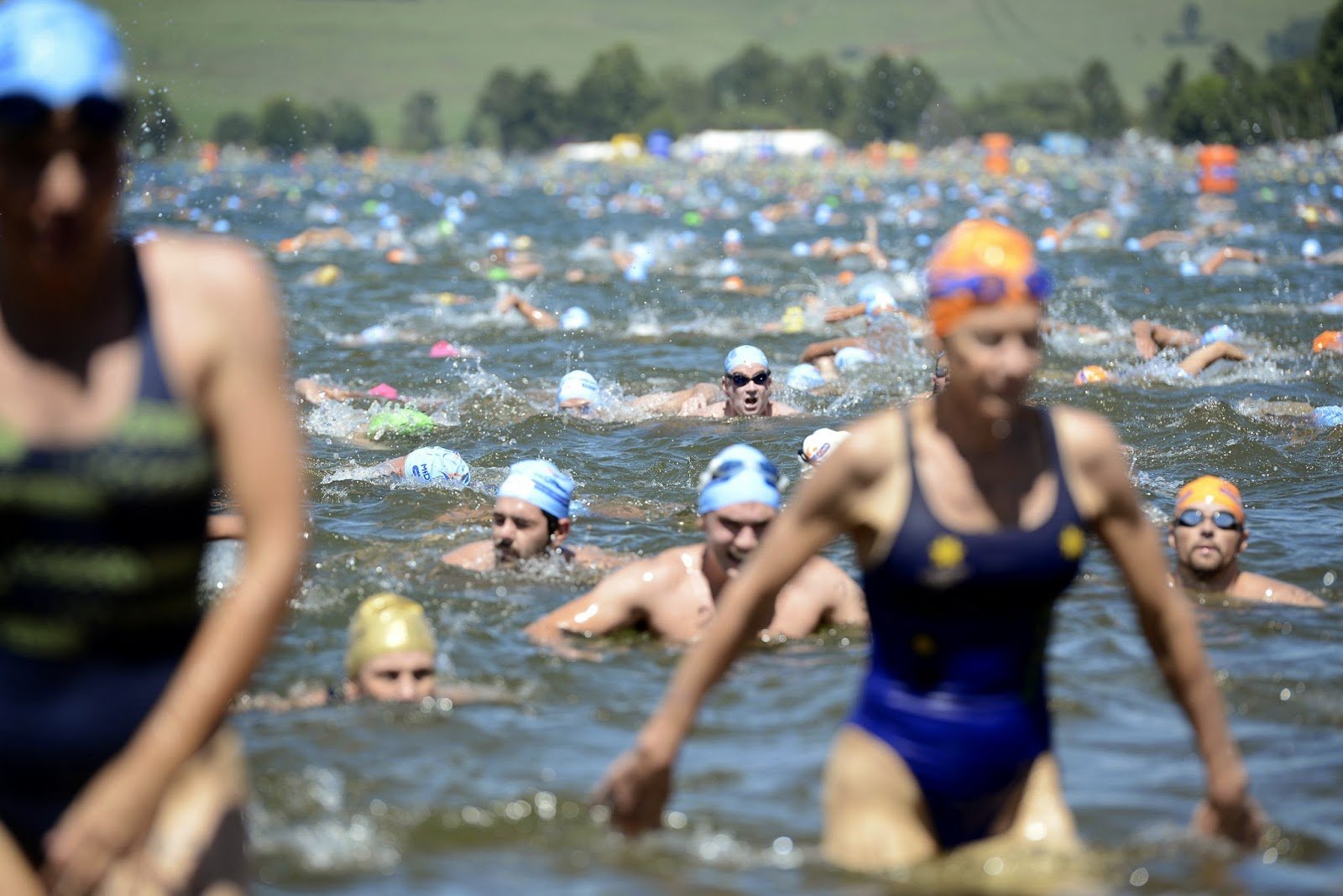 Talk about a passion for the sport. There may be none with more passion than Peter Charter who will participate in the 2015 aQuellé Midmar Mile in South Africa next month.

Charter will be at the start despite having heart bypass surgery shortly after last year’s Midmar Mile.

“If the Midmar Mile had been the Midmar Mile-and-a-half, you might not be here,” his cardiologist, Doctor Dirk Pretorius, told Charter after he saw him the day after the event.

Despite having swum the race many times before, Charter had struggled to prepare for the 2014 Midmar Mile. He had often found himself short of breath and tired during his training. The warning signs were there, he admitted, but he chose to ignore them. In hindsight, “I think I was a damned idiot.”

During his swim, he had hit a wall at 400 meters, but it seemed that it was always like that. “This was no different,” he recalled, “But it was just harder to get through. I found a bit of a rhythm by 800 and 1,200 meters, but by the time I made it to the anchored yachts near the finish, I was badly out of breath.”

Charter was less than 100 meters from the finish when he recalls, “The world went strange. I lost my sense of balance and orientation and struggled for breath. I had this strange sensation of both hot and cold patches of water against my skin. There was no pain at all, and to this day I have never had pains in my chest other than caused by the surgeon’s scalpels and saws.”

A lifesaver, who was only meters away, had asked him whether he was feeling okay. Charter told him that he was alright. But he most definitely was not. Somehow, unbelievably and fortunately, he managed to complete the mile in 37 minutes, but a friend at the finish told him, “You look like bloody cement,“

Charter went to see a doctor the next day and learned some surprising news. “I didn’t have a heart attack. Because I was reasonably fit, my systems shut down and protected me from damage. The symptoms I had in the water were my body saying ‘if you go on any further you are going to kill yourself.”

After his cardiologist conducted tests, Charter was admitted to the hospital. As it turned out, he had a number of blockages and underwent a heart bypass operation. His father suffered a near-fatal heart attack at the age of 51, so Charter said he should have known he was at risk, but he chose to ignore the warning signs.

Recovering from the surgery was tough. Charter spent 15 days in hospital, five weeks at home, and then returned to work in a part-time capacity for a couple of weeks. But he never forgot his passion: he started to walk in the aquarobics pool and began to swim again after three months. “After about three months, I was swimming freestyle again. It took so long because of what they do with your chest to get to the heart. They cut your sternum in half and open your chest up by dislocating your collarbones, and it is not fun. They cut you right down the middle of your chest. By eight months, I had worked up to a kilometer in the pool. At the moment I am swimming about 1,200 meters a day, not very fast because I no longer have an artery going to my left pectoral. They took it and rerouted it down to the heart.“

Charter said his story should serve as a warning to participants that they need to prepare properly for the Midmar Mile. “When it comes to my own cardio-intelligence for the last four or five Midmar Miles, I would rate myself somewhere between zero and three on the dof-o-meter.” He recommends a number of things swimmers should consider when training:

1. If your training doesn’t go well, find out why. Don’t blame getting older.
2. If you are at risk, get things checked out.
3. If you get them checked out and you need something like a bypass, go for it because you can still come back. It is not the end.

“It is not the Midmar Mile’s fault if you have a problem,” he concluded. “A lifesaver was right there in my case. He offered assistance to me as soon as I had a problem.”