Peter Jurzynski, The Life And Times Of A Channel Veteran 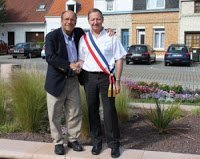 Over the course of 31 trips from his native Massachusetts across the pond to England, Jurzynski has made 20 attempts and 14 successful crossings, more than any other American.

As he approaches his 61st birthday in June, he reflects on his channel swimming career, sandwiched between campaigns for public office and, remarkably, even after an open heart bypass surgery in 2008.

Effort, drive, friendships and passion are what have driven and supported him over his four-decade experience.

Over the course of his professional career as a local politician and educator, Jurzynski has been fortunate to be able to set his own agenda and schedule – an ideal lifestyle for a focused marathon swimmer. Outside his local swims in the Boston, his primary focus and participation in the open water swimming world has been his annual English Channel swims. “I began my open water swims while I was a City Councillor-at-large in Springfield, Massachusetts. Thanks to the late James Doty, I participated in my first Boston Light Swim in 1980. Back in those days, we swam to Waterfront Park in the North End [as] this was prior to the Boston Harbor clean-up. Then I first registered for an English Channel swim in 1985, but the conditions did not allow an attempt that summer. .

Nor did Jurzynski have similar good fortune in 1986 when his second visit to Dover resulted in a non-swim due to the weather conditions. He realized quite early in his quest to cross the Channel that luck was part of the equation.

Even though he financed two trips to England and returned home without an attempt, he forged on. “Marathon swimming is an exciting sport, but it is a taxing (expensive) activity. People put have to put in a lot of sacrifices in terms of time, effort and expenses. Plus, you have to deal with nature. We know the tides, but you do not know what the winds will be. My first attempt was successful in 1987 at the age of 36 when I swam from Dover to France in 12 hours 7 minutes.”

Once he had one successful crossing under his cap, he was hooked and thoroughly enjoyed the experience. Before he called it a career, he eventually made 20 attempts and was successful on 14 swims with two failed swims after a heart bypass surgery. “Nine months after my successful Channel crossing in August 2007 when I crossed in 16 hours 21 minutes at age 56, I had open heart bypass surgery. I attempted Channel swims in my post heart bypass surgery state in both 2009 and 2010, but I was unable to deal with cold water with my thinner body from my heart-healthy diet.

I trained in England again in 2011, but yet again I found the water too cold for a possible 17-18 hour swim. So 2012 is the first year that I have not registered for an English Channel swim since 1985, but I continue to swim vigorously from places like the Serpentine in Hyde Park, London to great pools in Folkestone (UK), Calais (France) and Krakow (Poland) when I am overseas twice a year.”

Even without an annual goal to tackle the Channel himself, Jurzynski remains involved in the community. In 2012, he shifted his role from the swimmer in the water to the crew in the escort boat and will serve as an official observer of swims. “Over the year, my training has been very individual. But the most important thing was being able to acclimate to the cold water. I would train [up to] 2 months in the sea along Folkestone which I consider a second home. I appreciate the goodwill given to me by Folkestone citizens over the years. And, of course, training at the City of Boston’s L Street Bathhouse (Curley Recreation Center) where I started my cold water swimming in the 1980s.”

True to the spirit of open water swimmers, he has always given credit to those who have helped him along the way. “I gained a great knowledge about Folkestone from former Folkestone Mayor John Stockham. Likewise, I have learned a lot about the wonderful people of Bleriot-Page, France and their Mayor Guy Allemand. Channel swimming to me has been a lot more than just swimmers and marathons; it has been about getting to know and establishing friendships with the wonderful people who live year-round in the Folkestone, Kent area and the Calais/Bleriot-Plage area of France. So many people helped, like Tom Watch from Great Britain. Tom is still helping channel swimmers in his 80s. He first started to give me workouts by the [snail] mail. I really got to know the people on the French towns on the other side of the English Channel, as well as in Folkestone. It is a different perspective..”

With 20 attempts and 14 crossings, Jurzynski has experienced the gamut of pleasure and pain. “Back in 2004, I was teaching in New York City and arrived in England on July 1st mainly [fortified with] pool training. I needed acclimate to water temperatures within 3 weeks and the swim took over 17 hours. During the wee hours when I began swim, it was very dark outside without moonlight. Yet back in 1987 on my first and fastest swim of 12:07, there was the real excitement of my first swim. The first one was the best one. I had done three 10-hour swims in 60°F (15.5°C) water prior to that first attempt. [My success] had to do with the training, the mindset and the day that offered good conditions. But with nearly every swim in the Channel, I saw jellyfish, but I had no real problems with them. I had problems with jellyfish training off Ft. Lauderdale [Florida]. But I once even trained near a dolphin in Folkestone.”

Like others whose channel swimming career has spanned decades, he has experienced change. “When I first did my swim in August 1987 and for a few swims thereafter, I ate some solids like banana, peaches, candy, biscuits along with juice and coffee. My feedings [in those early years] were about one hour apart for half the swim, then about every 30 minutes thereafter. During my last few swims, I fed more frequently with liquids that was the sports drink Maxim with juice and coffee, every hour for first 4 hours and then every 30 minutes thereafter, sometimes down to even 20 minutes.”

But along with change, somethings in open water swimming never change. “You always know that a training swim is finite. You know when you are going to finish. But with an actual Channel attempt, you don’t know when it will end. It could be 12 hours, it could be 17 hours. I have learned that the most important thing is acclimatization and doing those long training swims.” But he will pass along his experience and wisdom to others. “I still swim vigorously, but I am not filing out any more medicals for an English Channel swim. I am now really in retirement.”

And what a tremendous career it has been: