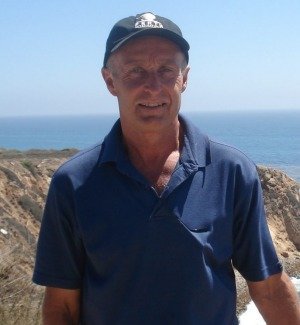 Among the many achievements Peter Tanham has done is the first two-way crossing by a man across the Rottnest Channel in 1991 (14 hours 8 minutes) and the greatest number of Rottnest Channel Swims (30).

But the 55-year-old accountant from Perth – who can easily described as fit and fast – traveled the world to accomplish the first Triple Crown of Open Water Swimming by a Western Australian male.*

He first traveled 14,470 km from Perth to London and then went to Dover and swam across to France to complete his English Channel crossing in 2005 in 9 hours 4 minutes.

He then traveled 15,015 km from Perth to Los Angeles and then boated over to Palos Verdes and swam from Santa Catalina Island to complete his Catalina Channel swim in 2014 in 10 hours 7 minutes [see video below].

He then finally traveled 18,690 km from Perth to New York and then went to Manhattan on August 1st to complete his Manhattan Island Marathon Swim in 2015 in 7 hours 35 minutes.

* Barbara Pellick, Ceinwen Roberts and Lisa Delaurentis are other Western Australians who have achieved the Triple Crown of Open Water Swimming.