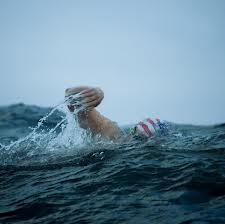 Phil Cutti, a former baseball player, is the lead-off man, of sorts, for the Nighttrain228. Nighttrain228 is the Night Train Swimmers attempt to swim 228 miles from Santa Barbara – and the strategy of 6 relay members is fascinating.

The 6 swimmers will each swim four times per day. So Cutti is in the 1 and 7 slot. That is, he will swim 1 am and 7 am and 1 pm and 7 pm every day of the estimated 5-day journey. “We selected the swimmers based on the conditions and the type of swimmers we have. So I have the dawn and dusk duty. That is when we’ll put our bigger bodies in. We learned from last year’s relay: when you are stung frequently, your body can get a fever because it is fighting the toxics and it is tougher to get warm.” 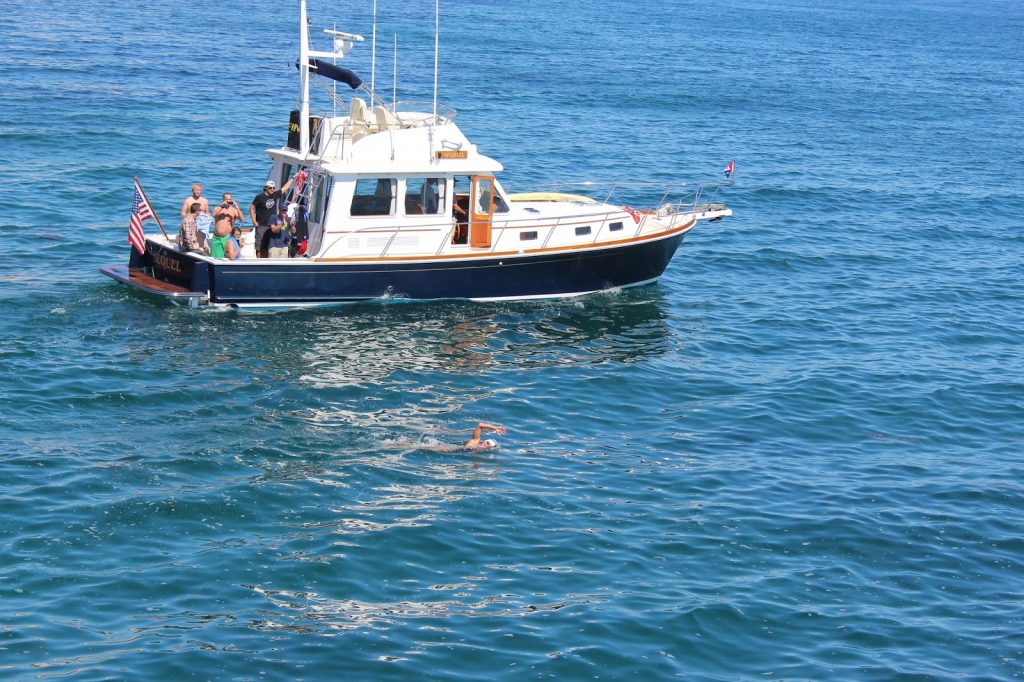 Like a good baseball player, Cutti is willing to sacrifice on the fly and put his body in harm’s way. But he also is practical and understands the risks that are out in the open ocean…and he remains hopeful. “There are reports that there are fewer jellyfish down here.”

And with an estimated 20 one-hour swim legs to complete over the 5-day non-stop relay, Cutti trained as he could balancing his workload as an entrepreneur and to train in an attempt to replicate his relay demands.

“I swim for a little over an hour at North Bay Aquatics at 5:45 am, and then rest, and then go back and swim for a little more than an hour again at 9:15 am. Then I head to Aquatic Park [in San Francisco Bay] for an evening swim. I have been swimming 3 times a day for 6 weeks now.”

Given his fledging micro-beer business, Cutti has not stopped between working, training, planning, and preparing for this attempt to break the Ventura Deep Six relay record of 202 miles. “We will have Krave Jerky onboard and also Mountain House freeze dried food. This is not the freeze dried food we had when we were kids. The technology of freeze dried food has really changed. It tastes like real food, it takes up a lot less space, and the packets serve a dual role: the food is made with boiling water so when you hold it in your hands, it warms your body up. I am not into gel packs and taking nutrition during [this kind of] performance. I want real food instead.” 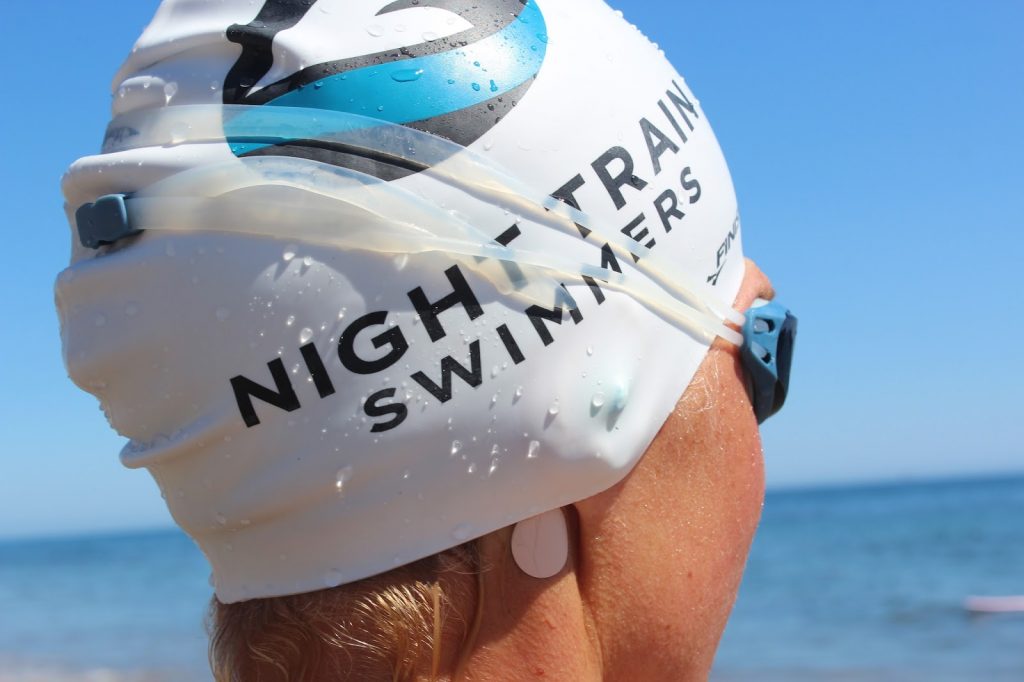 Cutti, as the other team members do, has a specific plan on how he will handle 5 days swimming, resting, and eating in the open ocean.

“I will hydrate enough before each swim and eat after every leg. With four swims per day, I will load up on protein content and get into a rhythm. After each swim, I will get out of my swimsuit, get showered, hydrate, and then fuel. I will sleep 3-4 hours and then be on deck 40 minutes before the next swimmer.”

Vito Bialla, captain and catalyst of the Nighttrain228, reported the water is 67 degrees F. “We start at Gaviota, north of Santa Barbara, and then shhot through the Channel Islands, curving around the back side of Catalina Island which will be the furthest point away from the mainland. Then we’ll take a beeline to San Diego.”

See you down south…in 5 days time.

Photos show Phil Cutti and Grace van der Byl on the beach at Gaviota State Beach, 228 miles from the finish.

Follow the Night Train Swimmers here on their live tracking.