Picking Up Where Others Left Off 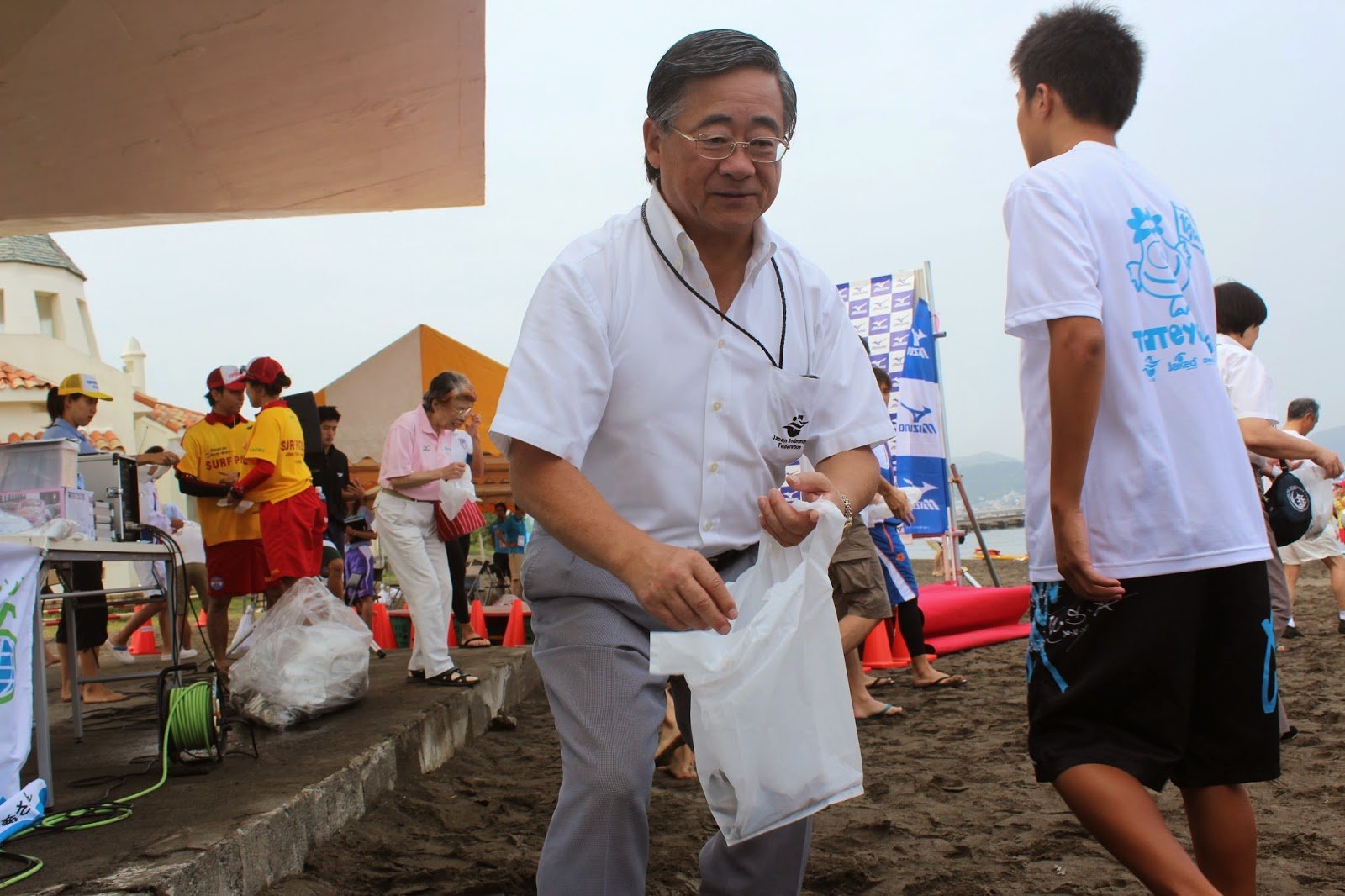 The Shelton Group conducted a survey of 2,015 Americans and found that nearly one-third would be more likely to attend a game or concert if the stadium recycled and composted. 20% say they would buy more food and beverages during the event.

“A significant number of fans care about the environment, and they’ll vote with their feet – and their beer cups,” said Suzanne Shelton, CEO of the Shelton Group.

The survey asked the following question: “How would you react if you learned that all of the trash left behind after a game or concert you attended was sorted…with recyclables and compostables being diverted away from landfills?”

Do open water swimmers have the same mindset?

Many swimmers do. And many put their mindset into action.

In Japan at the open water swimming events from the national championship events in Tateyama to the masters swimming events run by the Japan International Open Water Swimming Association, everyone gets into the action. The organizers ask people to pick up the trash not only that they create, but also that is found on the beach when the swimmers get there. 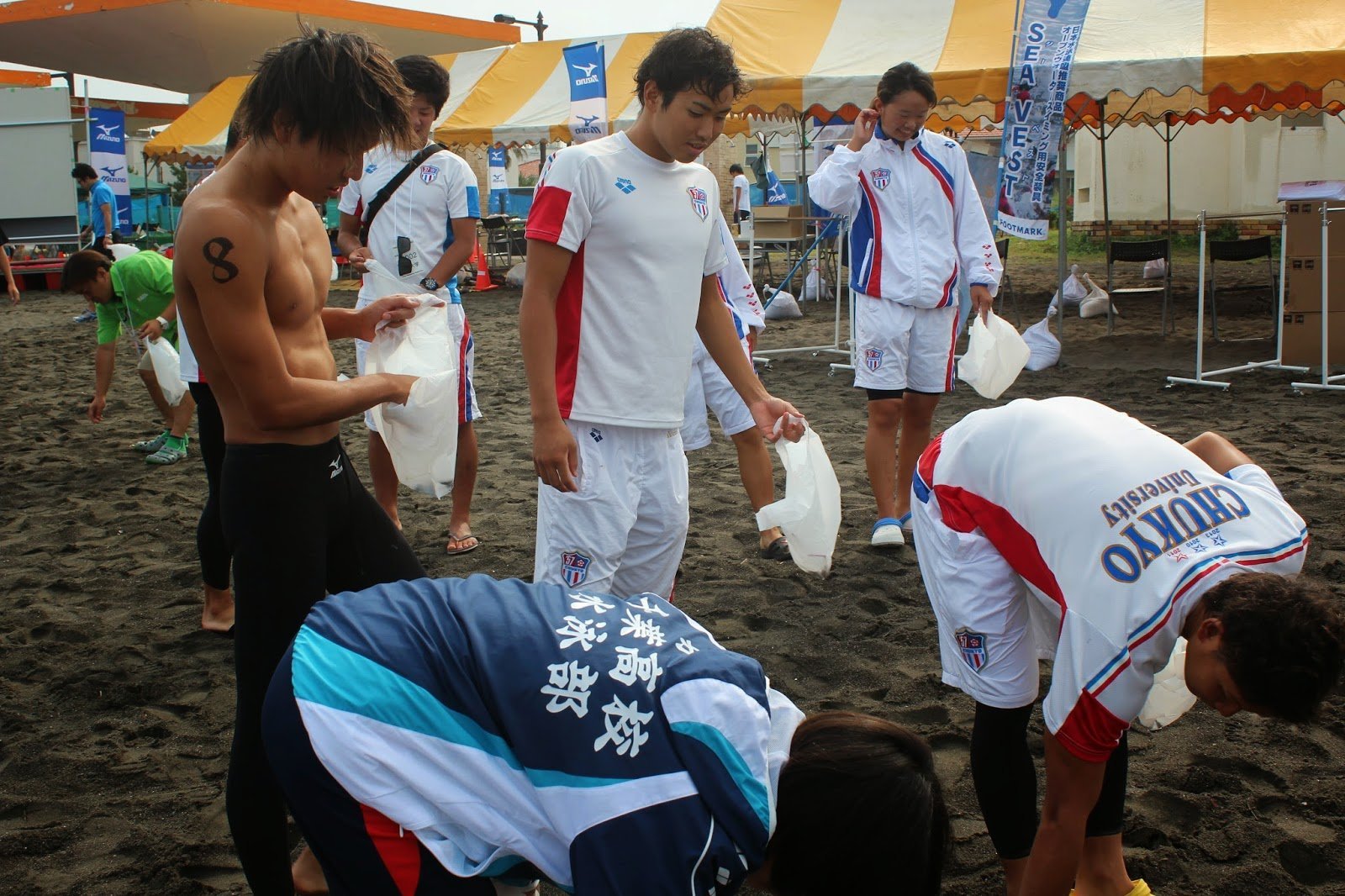 Photo shows the athletes and Masafumi Izumi, Vice President of the Japan Swimming Federation, picking up trash before the Japan Open Water Swimming Championships where several large bags of refuse was collected by the participants.