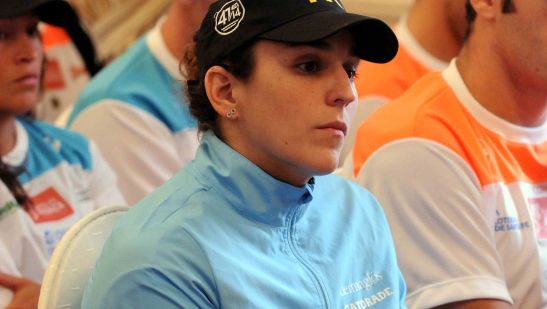 Pilar Geijo, the four-time FINA Open Water Swimming Grand Prix champion from Buenos Aires, will swim in the Maratón Acuática Internacional Santa Fe-Coronda for the seventh time in her career.

“After winning the Maratona del Golfo Capri-Napoli in September, I went on three weeks of vacation as I do after the end of every season and then started to prepare for the 2017 season. At first, [the season] seems distant, but then you realize it is already February. I prepared in Buenos Aires and have been training well.”

Over the last eight years, Pilar has always finished in the top five in the Grand Prix circuit. “My goal for this year is to stay in the top of the ranking.”

Geijo had her two best performances in Santa Fe-Coronda in 2011 and 2012 when she finished second twice. “I have a similar philosophy when I compete: I never aim at the end results; rather I always try to do the best That may be first, third, fourth or last. I am not obsessed with any final result, at least during the last eight years. Yet I did well. I will commit always myself to do [my’ greatest effort.”

In the 43rd edition Pilar will face 15 competitors on February 5th. “This will be a race with a lot of women. I do not think I’m the [pre-race] favorite because there are many favorites. There are very good swimmers from Italy, the French and Russian swimmers are also very strong. I know it’s going to be a different and difficult race, but it’s a big challenge to push yourself.

I like to swim in my country. In Santa Fe, I have many friends that I visit frequently. I like the city and the people. It was my first long race many years ago and it has a special meaning for me
.”