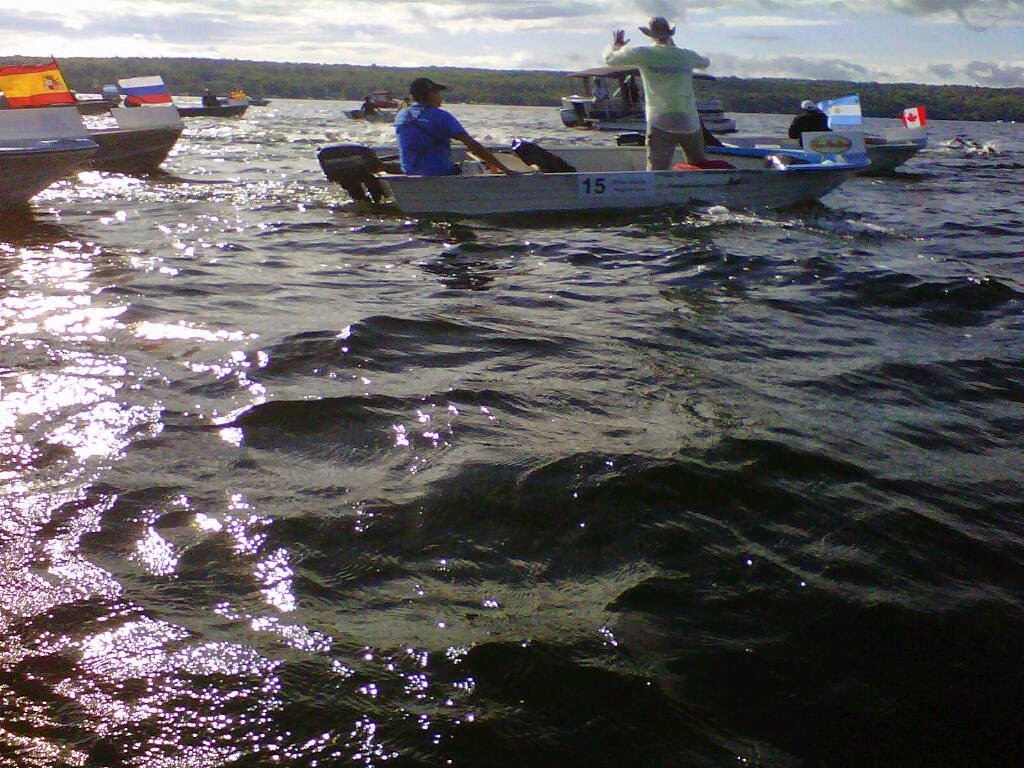 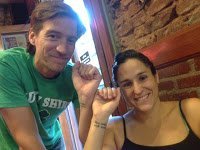 It was always the dream of Argentina’s Pilar Geijo to become the number 1 ranked marathon swimmer on the FINA Open Water Swimming Grand Prix circuit. She did it for the third time in 2014.

She really started to blossom when she met Diego Tricárico who ultimately became her husband and coach.

Tricárico and Geijo now travel the world together, working extraordinarily well together, both on land and during arduous marathon swims. “He knows me. He loves me. He knows what I want and I need,” says Geijo.

“I always want to give her the truth. She needs to know exactly what is happening during the race and on the water,” Tricárico explained in response.

Tricárico rarely sits down during her 7-, 8-, 9-hour marathon races, always vigilant as he carefully monitors her rivals, their moves and the dynamic conditions out on the water. He frequently gives hand signals and writes succinct messages on a white board as she also provides him with feedback.

Not only is the communication exact and informative, but it is always gentle when necessary and honest as required. Gentle, truthful, caring and loving. When Pilar finally reached the pinnacle of the FINA Open Water Swimming Grand Prix circuit, they continued and eventually repeated their success two more times.

“It was a dream all of my life that I could share with Diego.”

Pilar Geijo was nominated for the 2014 World Open Water Swimming Woman of the Year for the third time. Her nomination reads, “Pilar Geijo competed in and finished all 7 marathon races during 2014 to capture her third FINA Open Water Swimming Grand Prix championship (her first was in 2007), tying with Sylvia Rybárová. She completed the 57 km Maratón Acuática Internacional Santa Fe – Coronda, 88 km Maratón Hernandarias-Paraná, 15 km Maratón Cancún, 32 km Traversée Internationale du lac St-Jean, 34 km Traversée Internationale du lac Memphrémagog, 33 km Ohrid Lake Swim Marathon and 36 km Maratona del Golfo Capri-Napoli. Traveling on the pro circuit together with her husband Diego Tricárico, Geijo raced in different continents in rivers, lakes and seas battling the world’s fastest marathon swimmers. For her athleticism, for her competitive spirit, for her calm, cool composure throughout 295 km of racing in both warm- and cold-water conditions, Pilar Geijo is a worthy nominee for the 2014 World Open Water Swimming Woman of the Year.“

Diego Tricárico is shown above standing in the rain wearing a yellow jacket motioning to his wife Pilar Geijo swimming in the inky black waters of lac Memphrémagog.