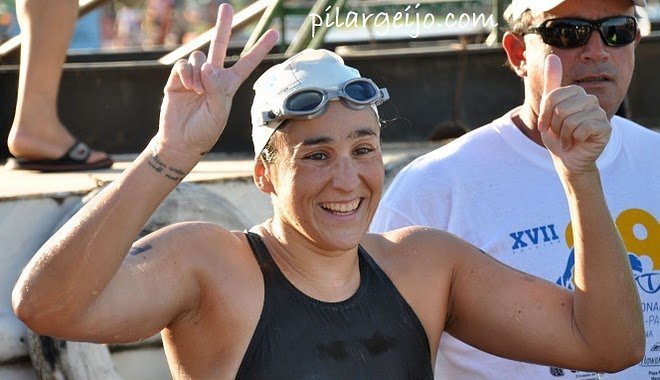 Traveling with her husband who serves as her ever-attentive coach, she competed over 292K (181 miles) in cold-water lakes, rough seas and warm-water rivers around the world on the FINA Open Water Swimming Grand Prix circuit.

The humble duo remained highly appreciative of their sponsors, race organizers and towards their fellow competitors. With world-class endurance, a steely mind and a friendly nature, Pilar patiently achieves her goals and always crossed the finish line with a smile despite the discomforts of her marathon exploits.

And like Pilar, all the WOWSA nominees and, indeed, all the women around the world, who attempt open water swims of their own scale embody the spirit of the sport, possess the requisite sense of adventure, tenacity and perseverance that the sport demands, and positively impact the global community of open water swimming.

The final vote tally is as follows: