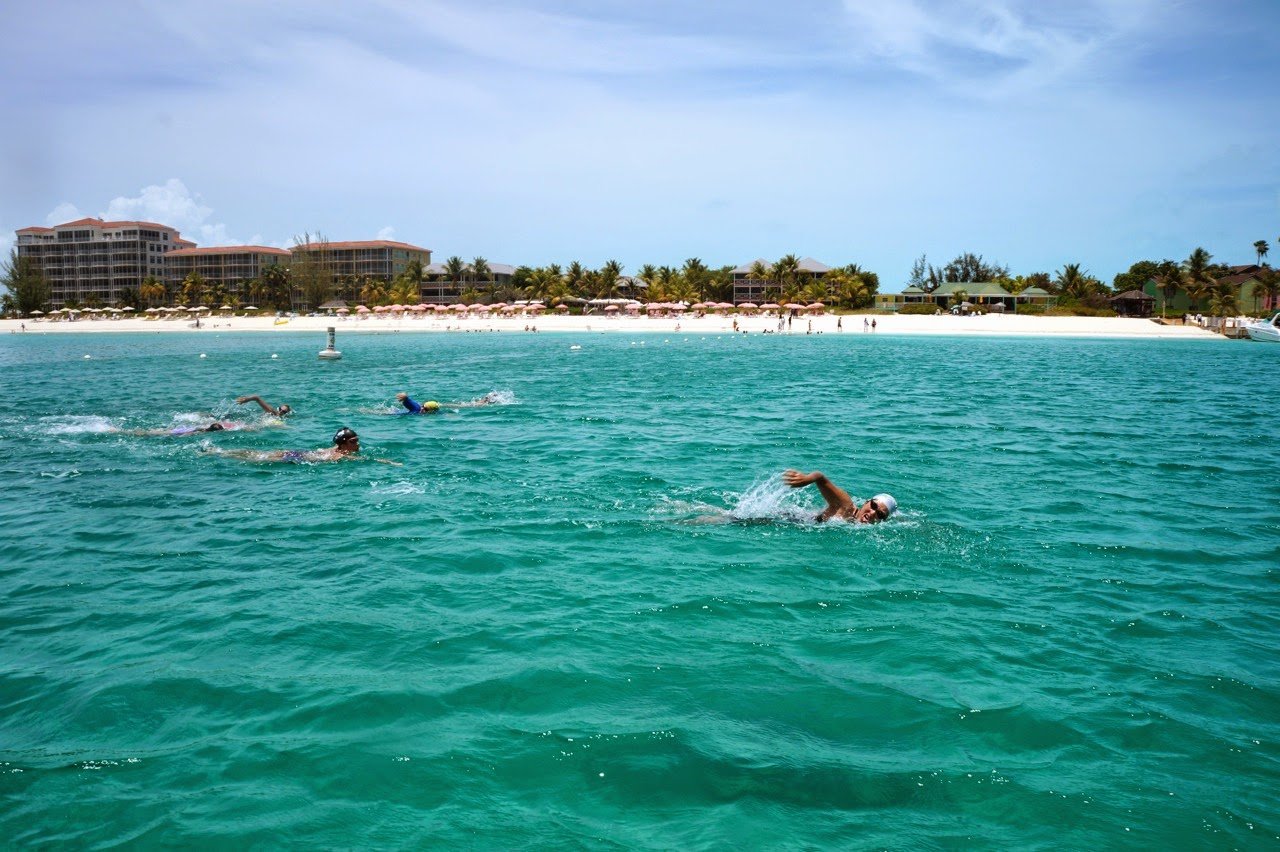 Courtesy of Ben Stubenberg from the Swim Marathon Turks & Caicos.

Professional marathon swimmer Yuko Matsuzaki battled tough currents and chop to complete the first-ever swim from Sandy Point, North Caicos to Grace Bay in 6 hours 25 minutes. The 13 nautical mile (24 km) aquatic journey along the Caicos Cays started in calm waters at 6:50 am on July 2nd, but as Matsuzaki passed along Parrot Cay, offshore winds kicked up that forced her to push harder to stay on track. The winds strengthened as she continued further down the cays and turned to white caps between Dellis Cay and Ft. George as she approached Pine Cay.

Matsuzaki persevered through it all at a fast, steady pace ranging from 1.7 to 2 nautical miles per hour the entire distance. When she finally crossed Leeward Channel into the calmer waters in Grace Bay, her pace picked up. Just before arriving at Grace Bay Club, the finish line, the Japanese inductee in the International Marathon Swimming Hall of Fame was joined by swimmers from the Provo Parrot Fish Open Water Swim Club. She completed her marathon on the beach at 1:15 pm to a welcome party organized by Chloe Zimmerman.

Matsuzaki expressed great appreciation for the local support she received and the privilege of swimming in beautiful waters, even when choppy. “It was very cool to see conch, starfish, parrot fish, and eagle rays along the way. But this was a swim to meet a challenge that had not been done before and highlight the sport of distance swimming in a new and very delightful location.” She added, “Just as big a thrill was meeting so many wonderful, nice people on Provo who were so supportive of the swim marathon.”

The swim was punctuated by a dolphin, possibly Jojo, who appeared near her side while off Pine Cay and slowed down to take a look.

Stubenberg noted that the unprecedented swim has received wide coverage in Japan where Matsuzaki is popular. “Weʼre looking into making this an annual event to host solo and relay swims that will hopefully include at team from Japan.”