Pioneers Are Honored From North To South 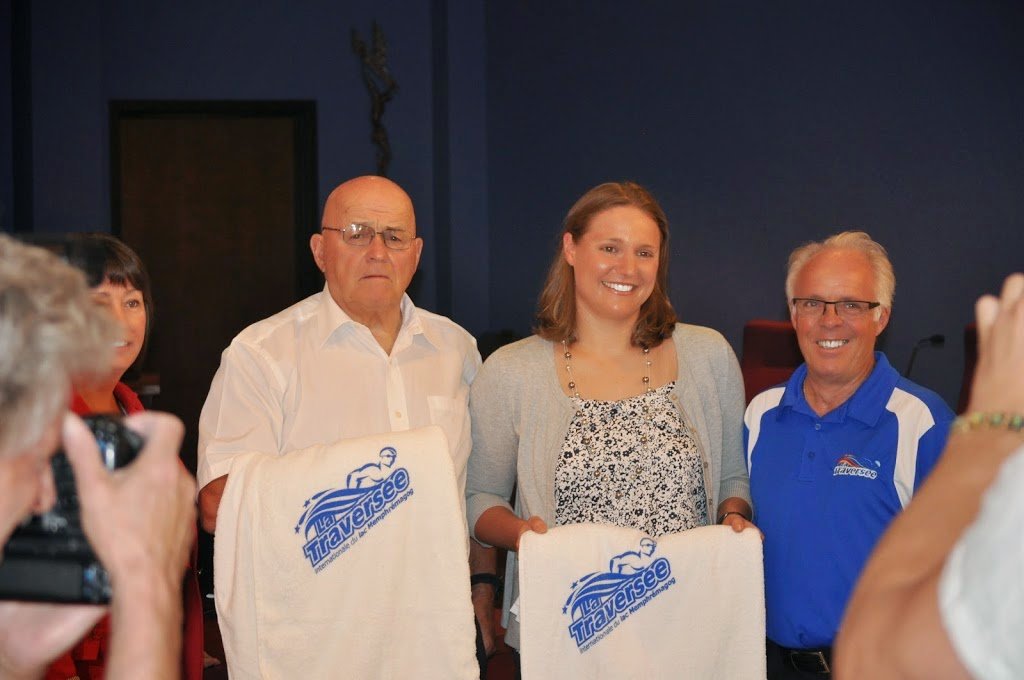 Magog (Québec, Canada) Mayor Vicki May Hamm honored Billy Connor and Sarah Thomas at City Hall in Magog, Québec for their historic swims: Connor’s first traverse of Lake Memphremagog in 1955 when he swam through a thunderstorm and Thomas’ first double crossing in 2013 when she faced head winds in excess of 40 kph for the first eight hours of her swim.

Serge Laurandeau and other volunteers from the involved in La Traversée Internationale du lac Memphrémagog were also present to honor the later-day hero and modern-day heroine. “It was a beautiful ceremony,” recalls maestro Phil White. “Serge rent us our escort boats for In Search of Memphre.”

It was noted during the ceremony that Lake Memphremagog has been recognized as one of the 50 great open water swimming venues in all of the Americas and that Kingdom Swim and La Traversée Internationale du lac Memphrémagog have been recognized as 2 of the World’s Top 100 Swims in the World.”

Connor and Thomas joined the Northeast Kingdom Open Water Swimming Association volunteers to help induct Connor into the Order of the Knights Memphre with some special gifts of the region: a “woodal” from the 2011 inaugural year of In Search of Memphre, a pound of Brault’s Beef Jerky and a gallon of Vermont Pure Maple Syrup. The Order of the Knights Memphre includes all those who have joined In Search of Memphre, swimmers, escorts, and patrol boat pilots and crew, since its inception in 2011.

Today the dynamic pioneers will be honored at the other end of the lake in Newport’s Aquafest Pet and Swimmers Parade. Connor and his crew will be leading the parade in a horse-drawn carriage provided by Massisquoi Valley Arabians. Thomas will be leading the contingent of Kingdom Swimmers. 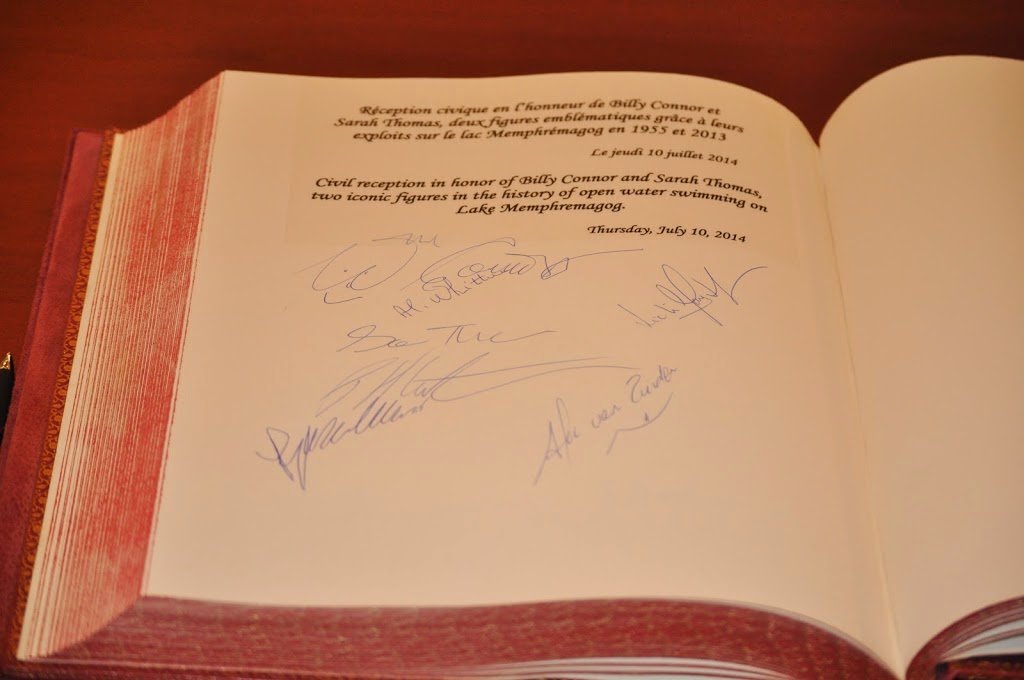