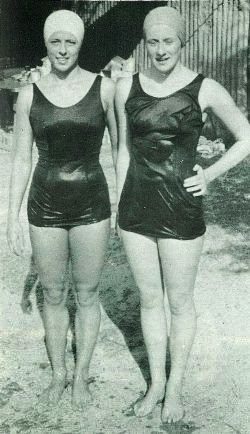 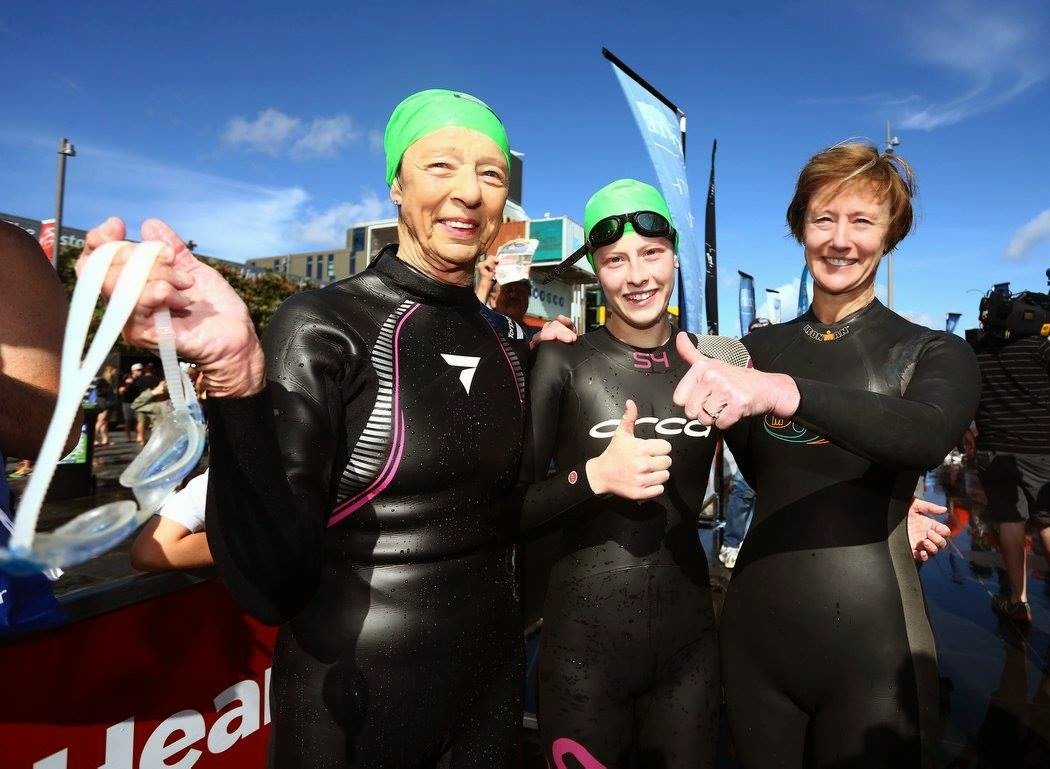 At the State Harbour Crossing in Auckland, New Zealand amongst the sold-out field of 1,600 swimmers this past weekend, 4-time world record holder Pip Gower swam together with her daughter Sally Schnauer and granddaughter Amber Schnauer.

Gower [shown on left with Tessa Staveley on right] competed at the 1956 Olympics and placed sixth in her heat of the 100m backstroke.

Photo of trending trio at the New Zealand Ocean Swim Series in Auckland is courtesy of Simon Watts. Photo of Gower and Staveley is courtesy of Gisborne Photo News.