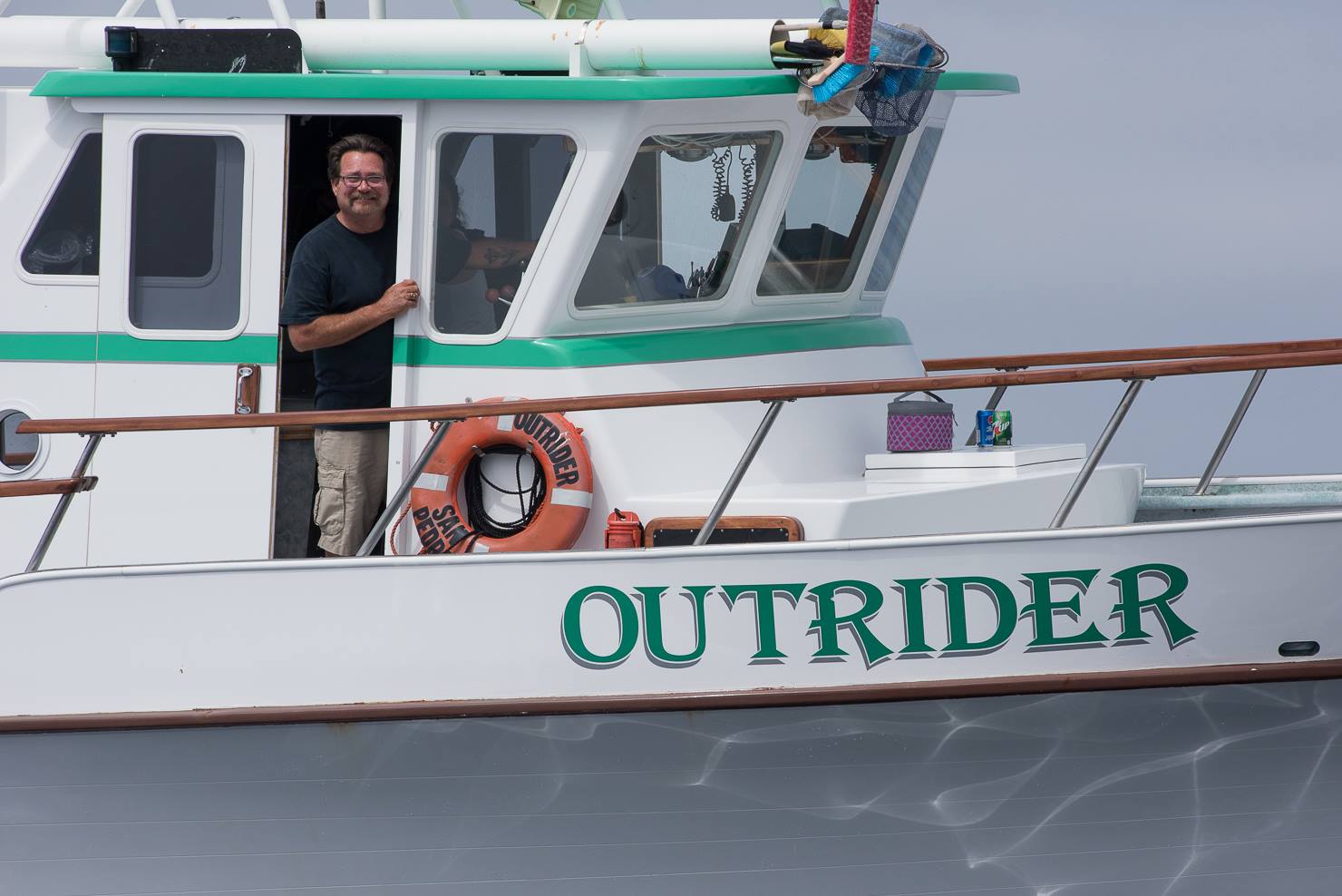 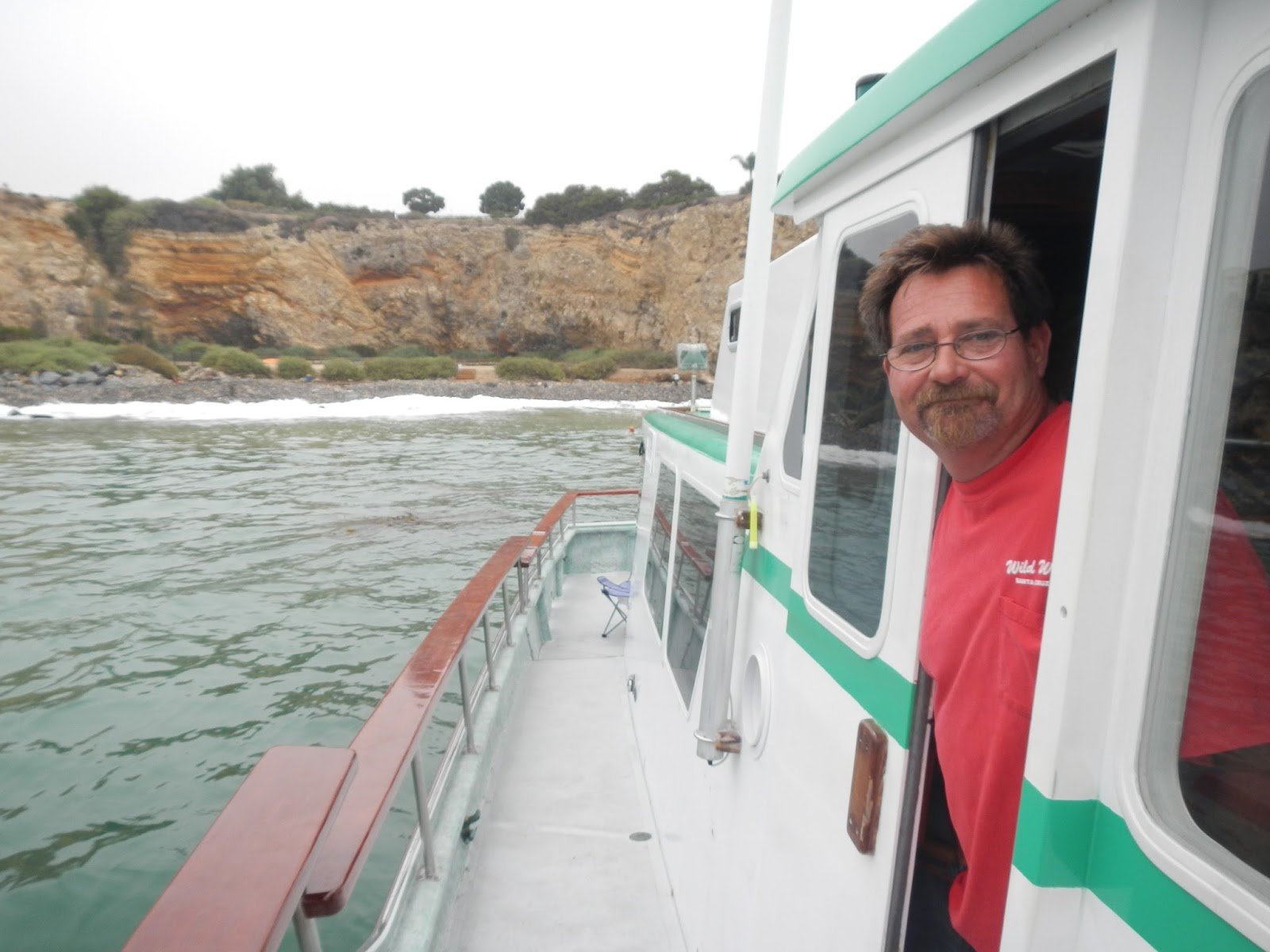 Captain John Pittman on the Outrider

The Pittmans are escort pilots that guided dozens of solo swimmers and relays with the Catalina Channel Swimming Federation. 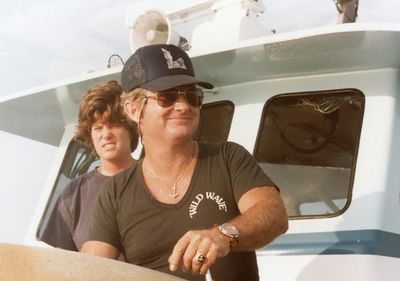 Their longest channel escort was done between July 10th-13th in 2013 when the captains escorted Team FTD, including Forrest Nelson, Becky Jackman-Beeler, Mike Mitchell, Kent Nicholas, Emily Evans, and Tina Neill on an unprecedented 6-way crossing of the Catalina Channel.

While their schedule has been packed in the 21st century, it was not always the case.

Back in the 1970’s, the idea of swimming across the 20.2-mile Catalina Channel re-emerged.

Between 1959 and 1971, the Catalina Channel had only been crossed once (Isaac Papke in 1963). Catalina’s decade of the 1970’s were similar to the decade of the 1950’s and were a precursor to the popularity of contemporary times.

Starting in the 1970’s and over the next three decades, Mickey was always willing to take on escort of numerous swimmers from around the world. Mickey piloted Lynne Cox, Penny Dean, John York, Cindy Cleveland, Dan Slosberg, and David Yudovin, among many others. In those years, he used only a compass, and a radar at night for guidance.

In the 1990’s John started crewing for him at the age of 14. By the end of the century, John was also sufficiently experienced to pilot swims.

Similar to the passion demonstrated by their swimmers, it was clear the depth of involvement that Mickey showed over 27 years of piloting and John has shown over 42 years with over 250 crossings. 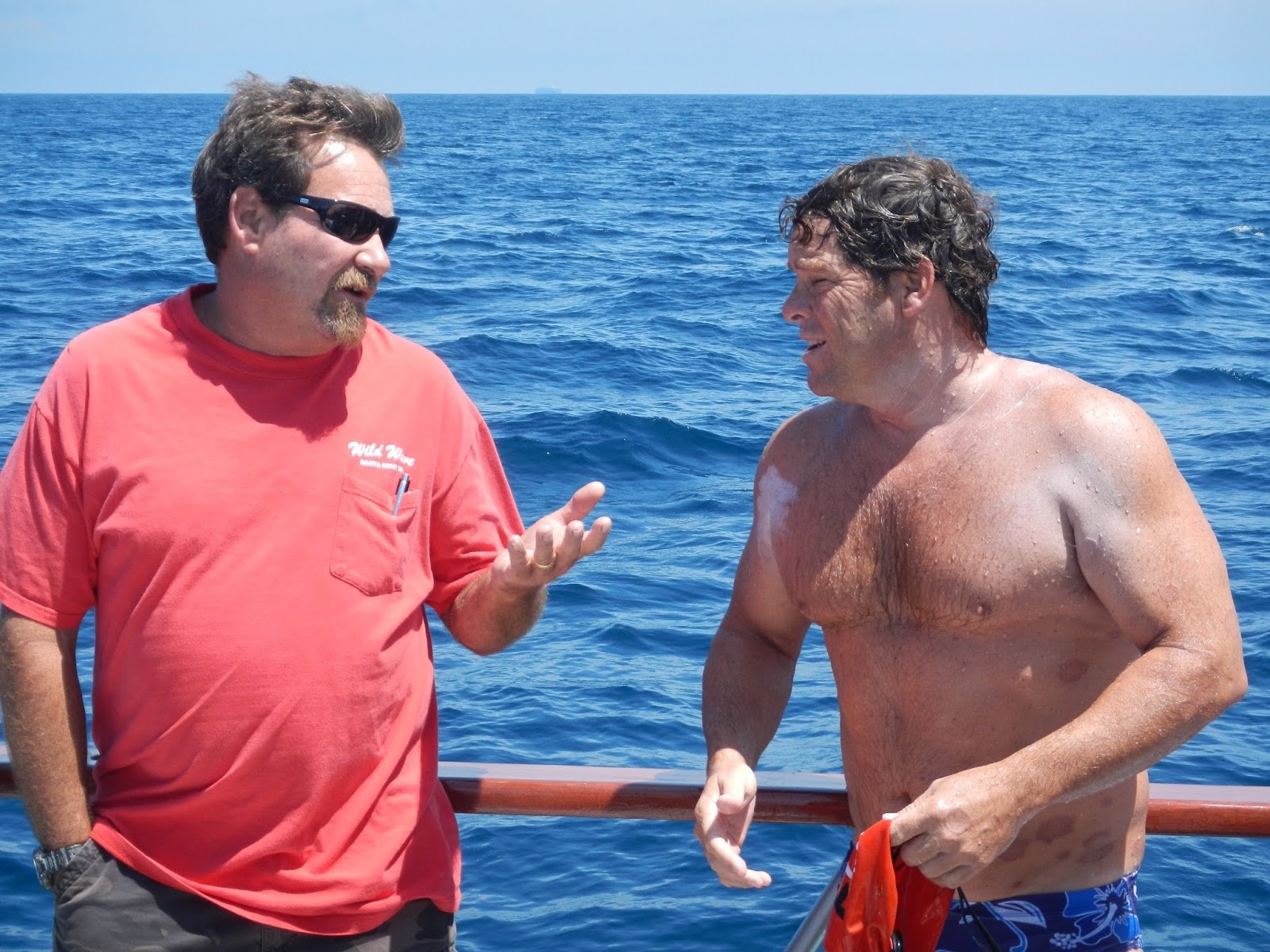