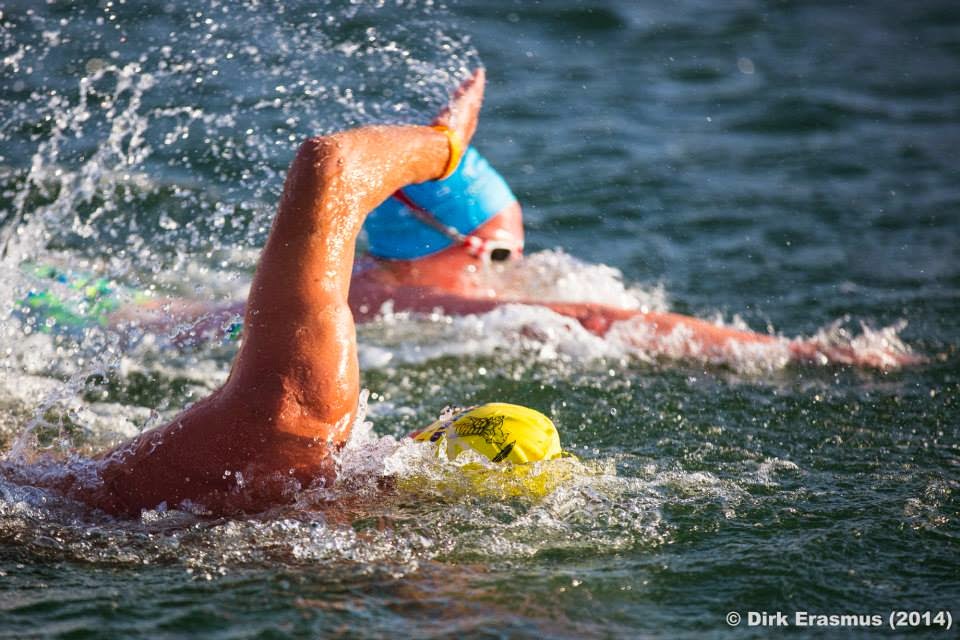 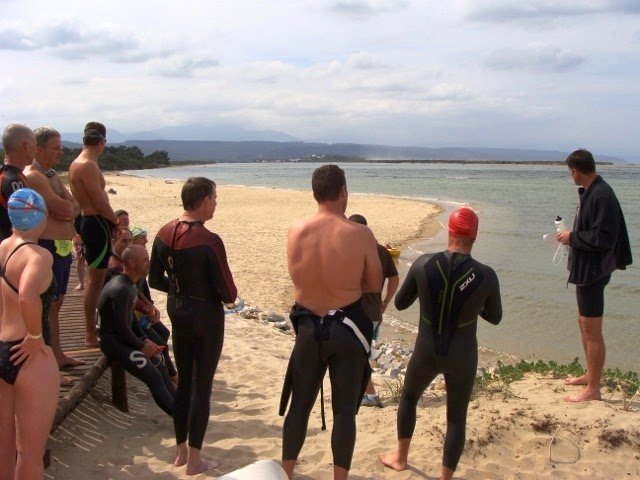 A strong tidal push, deep water channels as well as shallow sandbanks all had to be negotiated in the Keurbooms River during the 5 km Pulse Swim in Plettenberg Bay.

Race organiser Kyle Harris got the incoming tide spot on with his uncanny mariner’s knowledge. The Pulse participants dove in the 16–17ºC water at Poortjies Beach near the mouth of the Keurbooms River to start.

Aided by the strong tides, everyone was able to literally zip upstream with a rare gift from Mother Nature.

But even with the tidal push, navigation was critical during the Pulse, as the shallow sandbanks were obstacles similar to sand traps on a golf course for the unsuspecting swimmers. It was Eastern Cape swimmer PJ Duffy who find himself in the optimal positions throughout the channel and stuck to fast-flowing water to win the inaugural Pulse swim in 56:33.

“It was a great swim and it fun swimming with the strong currents,” said Duffy who was one of the representatives of the WWW Club, the crew who wear traditional Safari Suits to open water swims. “We will all be back next year.”

“It’s been a great year for Duffy who won the Shipwreck Swim in Cape Town earlier in 2014 as well completing an Robbin Island crossing,” describes Brenton Williams.

South Africa’s two open water butterfly swimmers, Williams and Harris also completed the swim, flying the distance in 1:22:13. “Kyle knows the Keurbooms River really well, so I was able to swim off him and enjoy the visual spectacle of swimming up the river towards Stanley Island and the Outenique Mountains,” said Williams who rates having being able to sight as one of the main advantages of swimming butterfly in open water.

The conditions got the better of 8-year-old Jesse Goodal who decided to watch the swim from the comfort of her father’s paddle craft. “It was an awesome swim. I was getting cold so got onto my dad’s canoe. We also saw a really big crab so that made me a little bit scared as I don’t really like crabs,” said Goodal. “But it’s a fun swim and I am going to train hard and try again next year.”

Harris, the visionary race organiser who came up with the idea of swimming with the tidal pulse from the mouth of the Keurbooms River, said the event will be on again in 2015. “The swimmers really enjoyed the event and it was great to swim with so many other people in the Keurbooms,” said Harris. “There were some technical sections during the swim where swimmers had to negotiate around the sand banks, while the current was also pushing strongly which made for some good swimming.”

The winners won vouchers from the Yellow Wood Spur with Plett Sports and Plettenberg Bay Accommodation supplying the lucky draw prizes for the Pulse Swim.