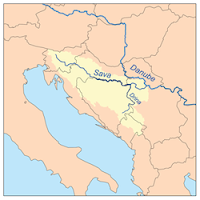 Rok Kerin of Slovenia won last year’s event that is also known as the Plivački maraton Jarak-Šabac, held in the Sava River from the city of Jarak (Јарак), a town of 2,200 people, to Šabac. This year, already 32 professional swimmers from 15 countries are signed up and ready to compete for the cash prizes.