Poliana Okimoto Honored By The Hall Of Fame 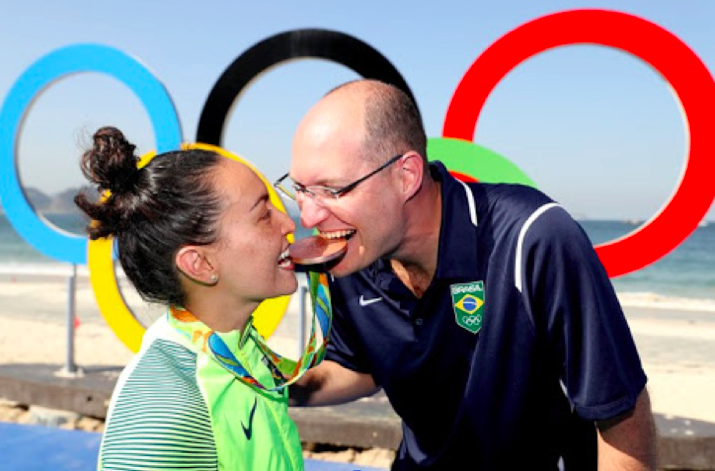 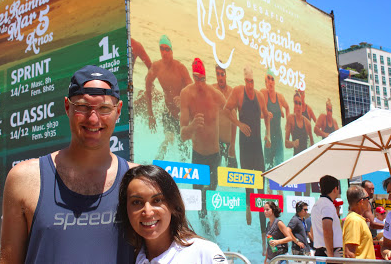 Each one of this year’s inductees are remarkable athletes who have completed incredible feats in the open water, as well as exceptional humans who lead inspirational lives on dryland. Some have achieved greatness in competitive events, some in solo crossings, some in unprecedented marathon swims. While their greatest swims are publicly well-known, it is the relentless dedication and numerous hours they put in hard, solitary training year after year that enable them to complete their swims in lakes, river, seas and oceans around the world.

But her career all came down to the 10 km race off of Copacabana Beach at the 2016 Rio Olympic Games. There was tremendous pressure on one of the darlings of the Brazilian women’s sporting community with the eyes of the nation upon her and teammate Ana Marcela Cunha. In a fast-paced race on a hastily-organized course (that had been destroyed by large waves right before the day of the race), Okimoto came through.

She didn’t win gold, but she was able to stand proud as the bronze medalist watching the Brazilian flag being hoisted from the Olympic podium.

The joy and relief in receiving an Olympic medal was palpable as she and her coach/husband Ricardo Cintra celebrated the hardest, most pressure-packed swim of her life. She is the only woman to have qualified for the 2008 Beijing Olympics (7th), 2012 London Olympics (DNF) and 2016 Rio Olympics – with aims to go for her fourth consecutive Olympics at the 2020 Tokyo Games.

In other major championships, Okimoto has been consistently placing among the best in the world over the past decade:

“Poliana is always in the thick of things in the lead pack in races up to 10 km – her specialty,” said Steven Munatones. “Brazil can always count on her to be in medal contention no matter what the conditions are or who the competition is. She is not physically imposing, but she has a heart and a passion for the sport like few others.

In one the most memorable races in recent history, Okimoto demonstrated her competitive spirit. At the 2013 FINA World Championships in Barcelona, a mere 9 seconds separated the top 19 swimmers in the women’s 10 km race. And many of the rest of the 51-swimmer field were not that far behind. The pace was blistering; the competition was fierce; it was undoubtedly one of the most exciting races in the annals of competitive open water swimming. For nearly two hours, the world’s fastest open water swimmers gave it everything they had…only to follow in the wake of Brazil’s Poliana Okimoto and her teammate Ana Marcela Cunha. For participating in a race that could not be realistically closer, Okimoto came out on top.

She is also personable and an outstanding ambassador of the sport whether it is in front of young impressionable age-group swimmers or in front of the Brazilian media
.”

“Poliana and the other new members of the International Marathon Swimming Hall of Fame emulate those exceptional 269 forerunners already enshrined in the Hall of Fame. Since the class of 1963, our marathon swimming inductees from around the world have received the ultimate marathon swimming recognition. They have been immortalized with their names inscribed on the IMSHOF Sea Goddess, our ‘symbol of the sea’,” explained Chairman Christopher Guesdon.