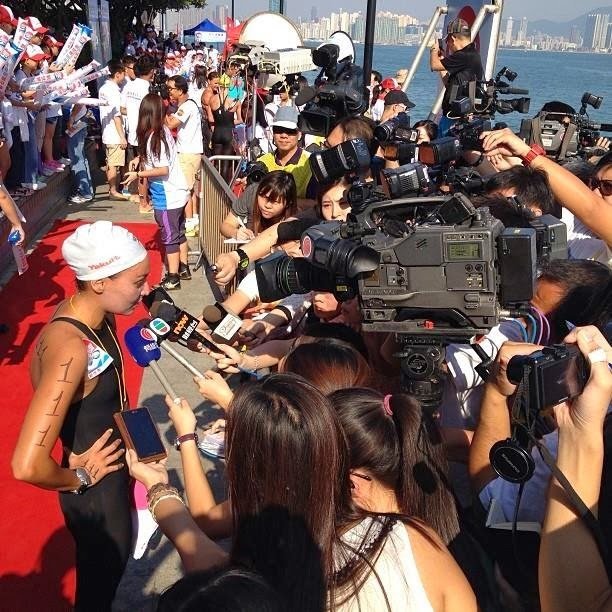 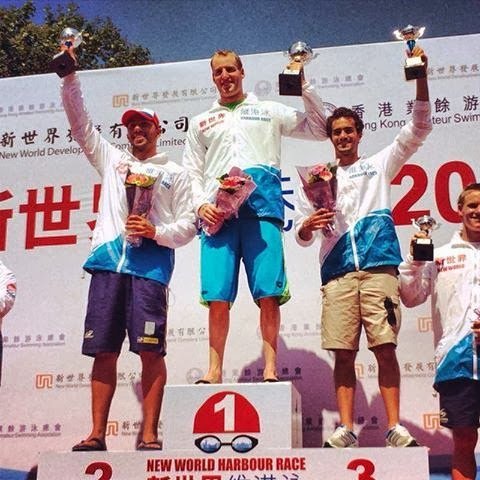 Things come in threes it seems for Poliana Okimoto.

Not only did she win 3 medals at the 2013 FINA World Championships this summer in Barcelona, but the Brazilian superstar also won the 3 races over the last 8 days in Hong Kong and China.

Okimoto started out last week by winning the FINA 10K Marathon Swimming World Cup in Shantou in a close race over American Emily Brunemann. Then she followed up that victory with a convincing victory over Italy’s Martina Grimaldi in the season-ending Hong Kong leg of the FINA 10K Marathon Swimming World Cup series. A day later, she won the New World Harbour Race (新世界維港泳) to seal a trifecta of victories in a little over one week.

The New World Harbour Race takes its origins from the Hong Kong Cross-Harbour Swim which was first started in 1906 under British colonial rule and was one of the highlights of the Hong Kong open water swimming community from 1912 to 1978. The race was halted in 1978 due to heavy pollution in the waterways, but was revived in 2011 as the New World Development Corporation. This year, the top professional marathon swimmers who were gathered in Hong Kong for the FINA World Cup circuit races were also invited. Christian Reichert of Germany won overall, earning the US$2,000 top prize, despite struggling through a stomach virus that started off earlier in the week.

But everyone, including such FINA stalwarts as Great Britain’s Colin Hill and America’s Sid Cassidy, was treated to a very easy-to-understand explanation of what to expect on race day: