Poliana Okimoto Is Up For Athlete Of The Year 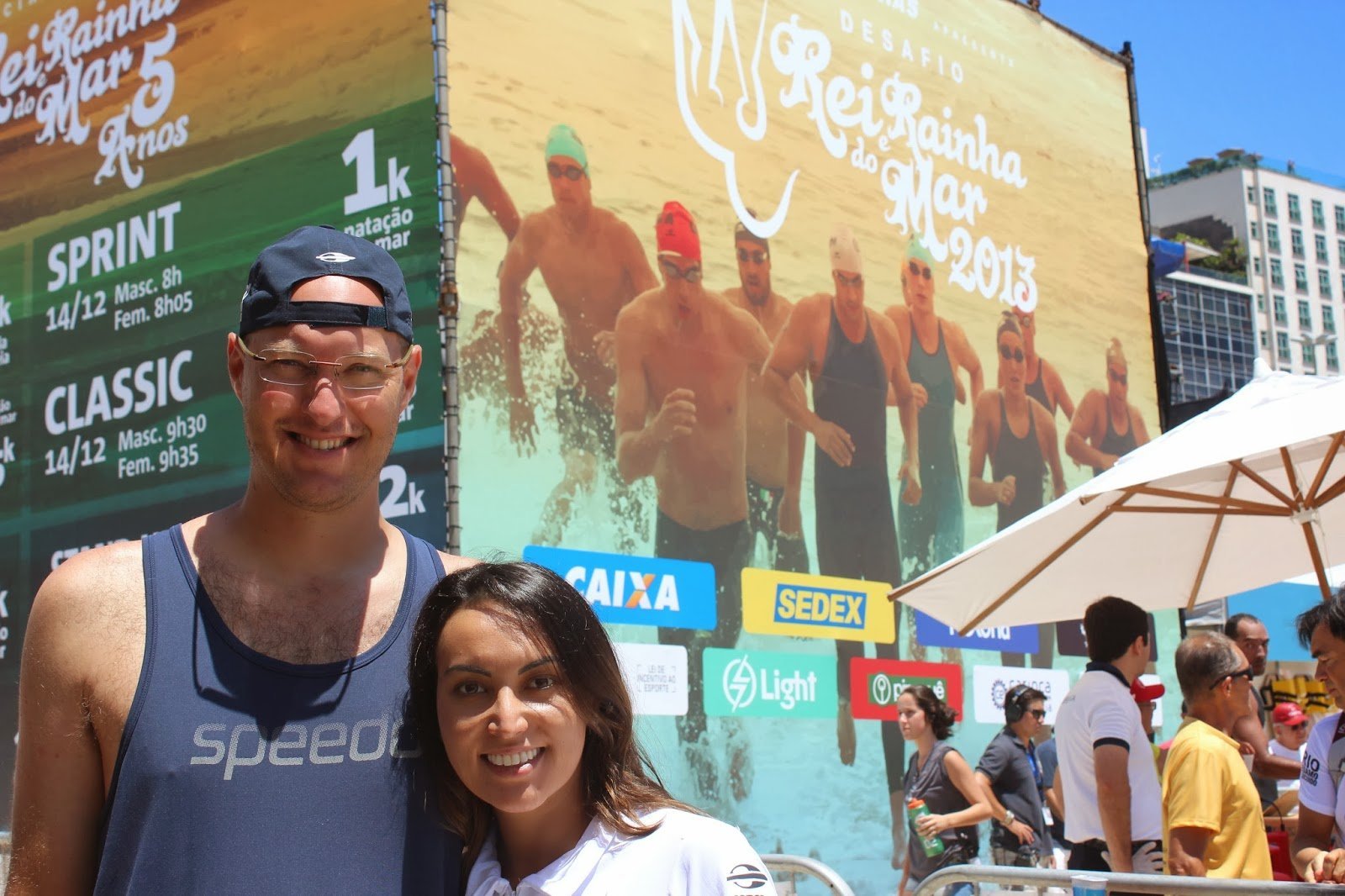 Poliana Okimoto is as unlikely an Olympic gold medal favorite as there ever was.

Waves, currents and the cold were not in her wheelhouse. She preferred the pool and for years stayed far away from the surf. But the sport ultimately became her calling and she is most definitely coming into her own in her late 20s with the 2016 Rio Olympic Gamess looming large in the distance.

“I didn’t like open water swimming,” recalls the soft-spoken personable woman. “I didn’t want to do it.”

But then there was the Travessia Dos Fortes, a 3.8 km race along Copacabana Beach which she won. Eventually she garnered her courage and did more and more swims. Sometimes the cold got to her and she had to retire early from a swim, but she kept at it and is now clearly among the world’s highest echelon in open water swimming.

The road has been long and hard with daily workouts under the tutelage of her husband and coach Ricardo Cintra (shown above). “It is not easy, our lifestyle. Our workouts, our training. It is so hard.”

In her native Brazil, Okimoto’s quiet efforts climbing up the open water rankings have brought her public acclaim and respect. Okimoto is up for its Athlete of the Year, a prestigious award that pits her against Brazil’s top athletes in judo, modern pentathlon, gymnastics, pool swimming and sailing.

You can vote for one of open water swimming’s most humble and successful athletes here.