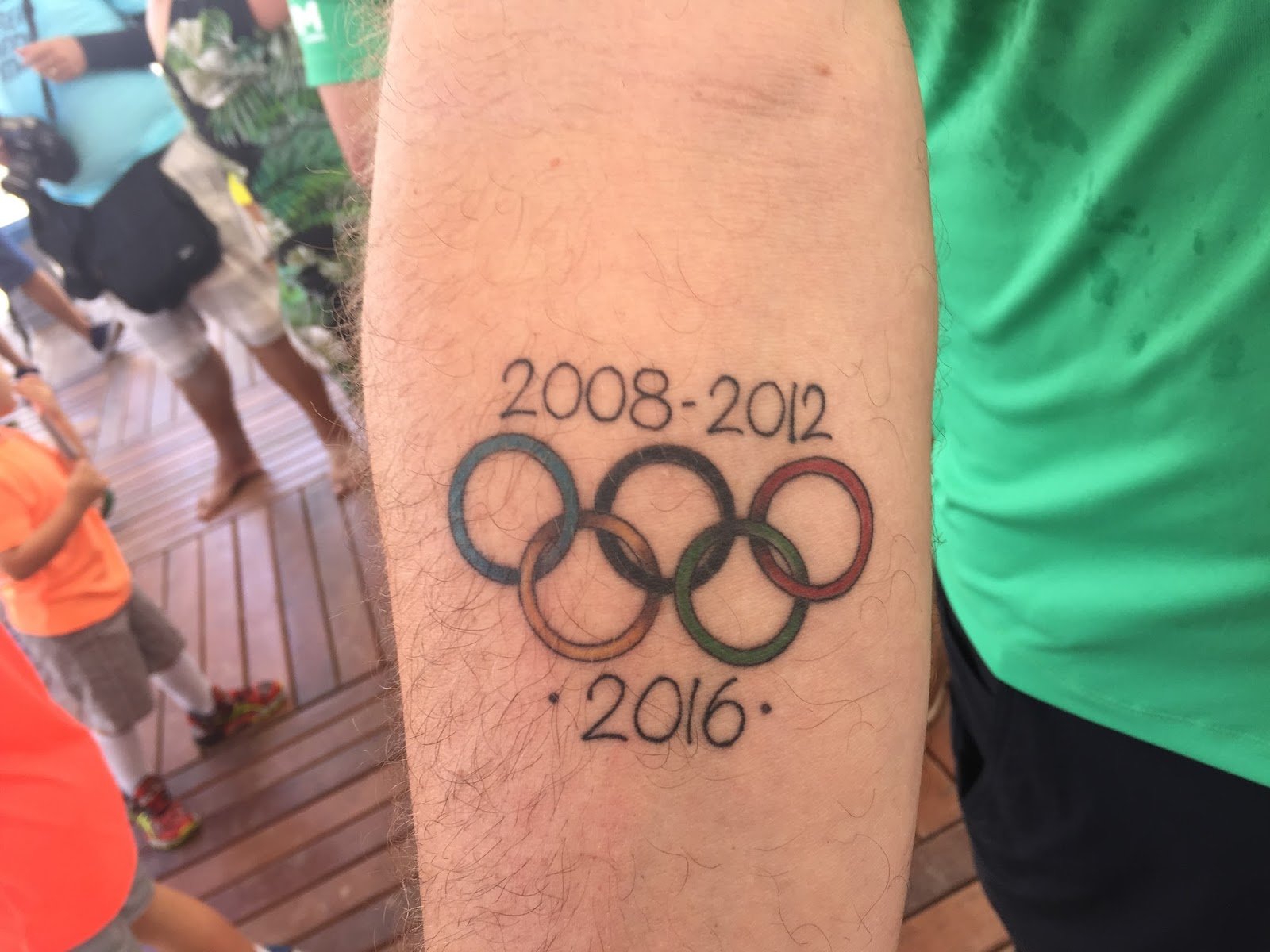 On the forearm of Brazilian coach Ricardo Cintra, there is a unique tattoo.

The tattoo celebrates the 3-time participation in the 2008, 2012 and 2016 Olympic 10K Marathon Swim by his wife and Olympic bronze medalist Poliana Okimoto, the only athlete to have qualified for all three 10 km marathon swims at the Summer Olympics to date.

At the inaugural 10 km marathon swim in Beijing, Okimoto finished 7th in 1:59:37.4 in a rowing basin, less than 10 seconds behind gold medalist Larisa Ilchenko of Russia. She did not finish the 10 km marathon swim in London’s Serpentina in 2012 and she earned a bronze medal at the 2016 Rio Olympics, finishing in 1:56:51.4 on Copacabana Beach.