Poseidon Rises From The Water, In Memory Of Randy Block 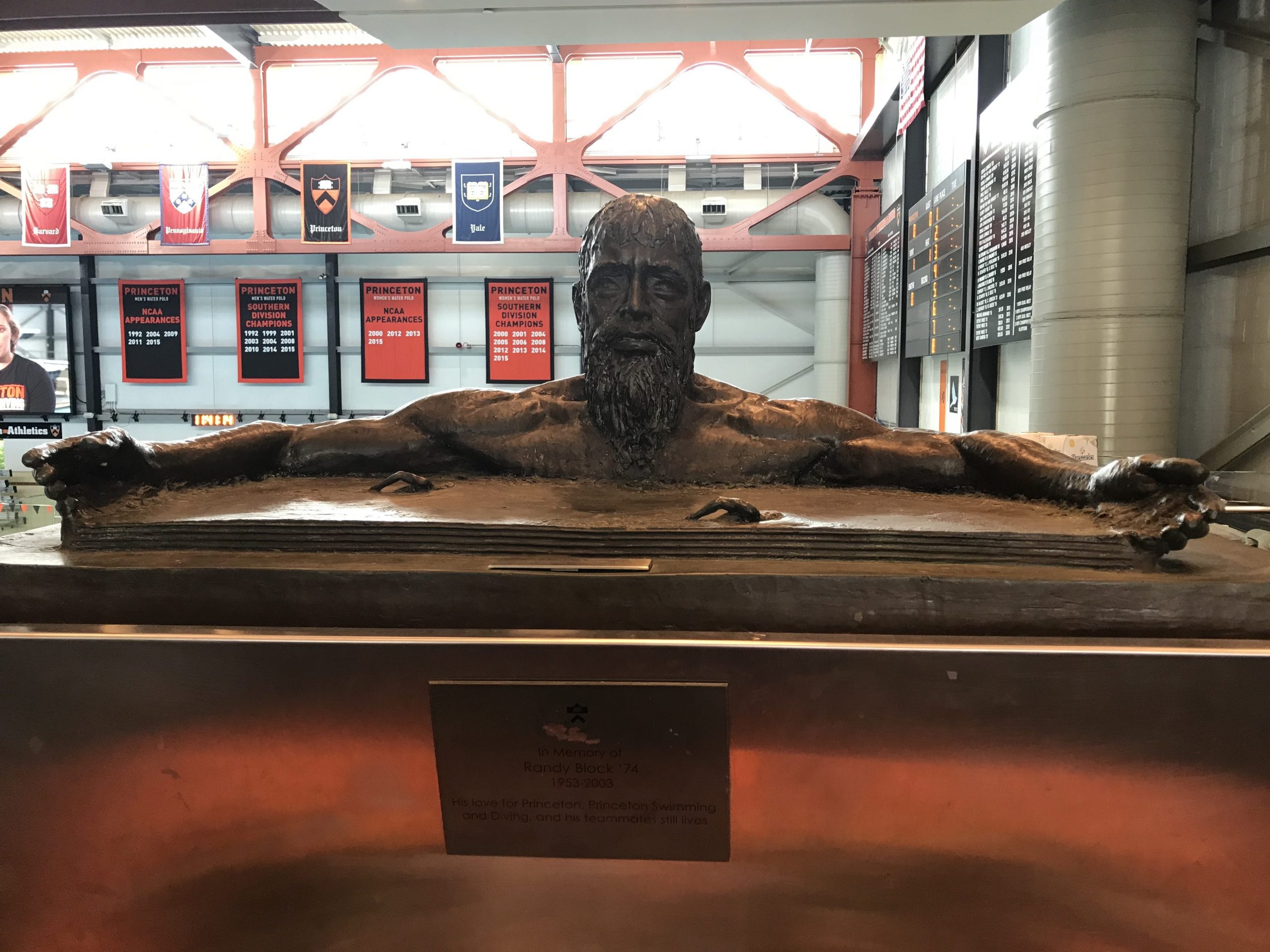 Poseidon Rises From The Water, In Memory Of Randy Block

Courtesy of DeNunzio Pool, Princeton University, New Jersey. In 1904, Princeton University started its swimming program.  Along the way, its history has been storied and successful. The university has seen thousands of its students competing as swimming scholar-athletes including 10 Olympians and Ross Wales who negotiated an agreement between FINA and the International Marathon Swimming Association to coordinate international open water swimming events within FINA. At the entrance of DeNunzio Pool on the Princeton campus, there is beautiful sculpture of Poseidon that welcomes visitors donated in memory of Randy Block, a member of Princeton’s Class of 1974. Within his outstretched arms, the Poseidon sculpture includes two swimmers in asymmetrical synchronization in the water.
The Princeton Alumni Weekly describes Block, who died in 2003 from the effects of a 1981 car accident, as “forever unconventional…Randy’s compass shot north with a boundless intellect that led him to a DePaul Law School professorship; east to Princeton, where he was legendary for spontaneous, outrageous antics, eccentricities and humor; south, where he was firmly grounded to his beloved family farm; and finally, due west, to a courageous, selfless, chivalrous side few knew. Along every point of that compass, at every crossroads, Randy had loyal, loving friends, countless interests, and a relentless, contagious zest for life.
We recall Randy announcing he was “going out for beer,” disappearing for days, and returning from Colorado with his Chevy dragging bottom, crammed with cases of Coors.Later, at the U. of Chicago, Randy literally stopped a bullet to protect two women from being assaulted. Shot in the back, he drove himself to the hospital. His 1981 car accident left Randy paralyzed and unable to speak, but with his intellect, sense of humor, and college memories largely intact. Undaunted, he communicated with eye signals, and greatly enjoyed hearing about friends, and especially about his own escapades.”
Copyright @ 2008 – 2019 by World Open Water Swimming Association