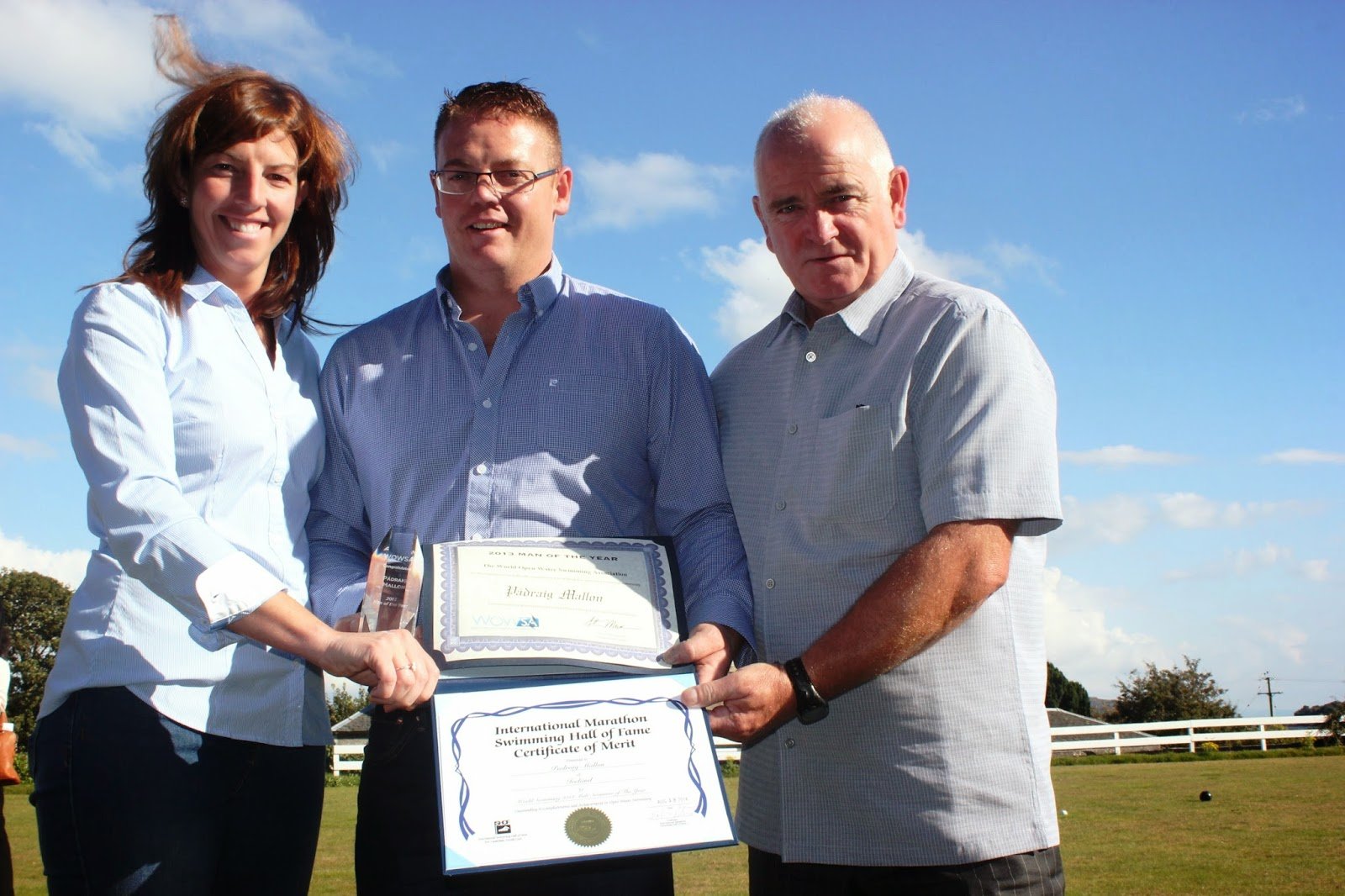 Channel swims are arguably even tougher, requiring focus in an environment of unparalleled sensory deprivation and cold-water acclimation.

And ice swimming is undoubtedly the toughest of all, requiring an almost otherworldly focus and acclimatization to swim 1 mile in water just above its freezing point.

Each sport has its specialists, protocols, traditions, and own community of passionate enthusiasts. These athletes are in their own ways undeniable heroes and heroines.

But rarely do all these three separate sports and communities collide – except when they are embodied by an exceedingly rare individual like Pádraig Mallon of Ireland. The event director, Ironman triathlete, ice swimmer and channel swimmer is multi-talented, multi-faceted and multi-focused. With a sincere humility and obvious joy in his stroke, step and saddle, Mallon puts his handprints and footprints all over the endurance sports world.

The 2013 World Open Water Swimming Man of the Year was in Scotland to receive his WOWSA Award as he, Jacqueline Galway and Milo Mc Court already had their bikes in transit for the Barcalona Ironman Spain [see photo above]. 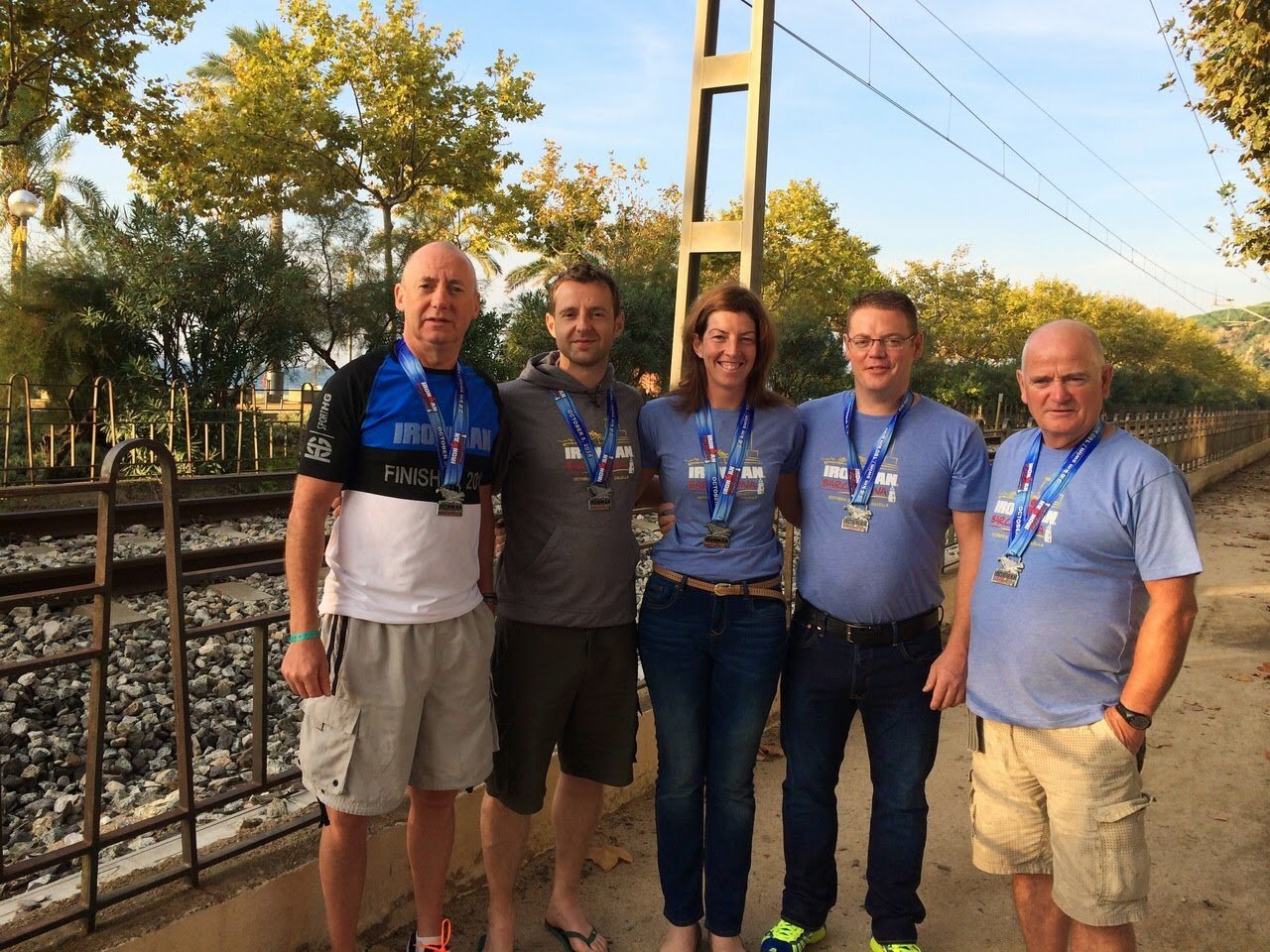 All 3 versatile athletes just completed the Barcelona Ironman with 2 others from Newry Tri Club just a week after Scotland for the 2014 Global Open Water Swimming Conference.

Milo Mc Court [on right in both photos] is Pádraig uncle, finishing sixth in his age category, completing the 3.8 km swim in 1:08 just 3 minutes behind his nephew. Mc Court is considered as the ‘Godfather’ of Camlough Lake and has supported swimmers all his life as a long-time open water swimmer and mentor in Camlough.

Jacqueline Galway is an Irish open water swimmer and member of the Camlough Lake Water Festival team and Eleven Feet, a relay team that completed a crossing of the North Channel between Northern Ireland and Scotland in 12 hours 52 minutes.