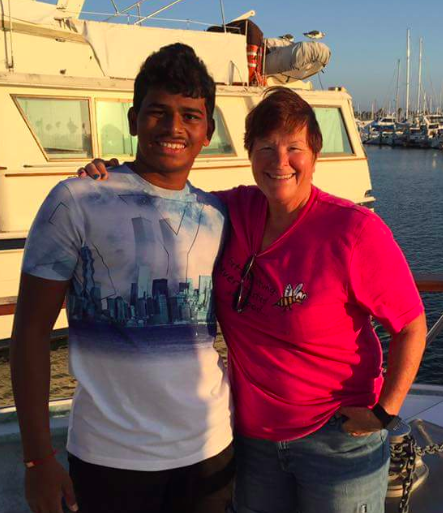 Throughout his teenage years, Prabhat Koli has achieved success time after time after time around the world, from his native India to the Africa continent to California, Hawaii and Japan, building friendships along the way with the Who’s Who of marathon swimming.

He has one final swim before he achieves the Oceans Seven, a 23 km crossing of the Cook Strait which he attempted yesterday.

But after 8 hours 24 minutes in the waters of New Zealand with famed coaches Sally Minty-Gravett and Philip Rush at his side, his swim became a DNF.

Supportive words came from around the world. ‎Pat Gallant-Charette‎ wrote to Prabhat, “You are greatly admired for your spirit of adventure and love of our sport. Your swim of Cook Strait was valiant. Swimmers worldwide highly respect your incredible marathon swim career. It is disappointing for a marathon swimmer not to reach the finish line – but we rise up, dust ourselves off, and plan for our next adventure. Cook Strait will always be there…looking forward to following your next adventure.”

‎Kerry Yonushonise wrote, “Valiant efforts, pulling out is sometimes the hardest, but [the] best decision. We cheer you and your crew on this great challenge and efforts undertaken.”

So the Oceans Seven awaits for the 20-year-old from India.